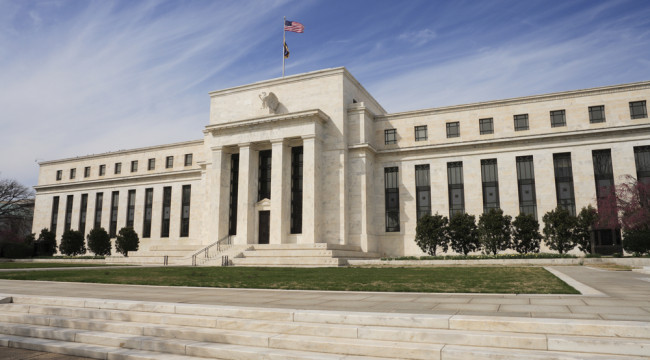 WATERFORD, Ireland – You go for a nice picnic on the slopes of Vesuvius… You spread out your tablecloth. You open your picnic hamper. You prepare for a relaxing afternoon in the warm October sun.

And then someone comes running down the mountain, warning that the volcano is going to blow up. You pack up your sausages and put a cork in the wine bottle… and rush to the car and drive away. Better to be safe than sorry.

And then? Nothing happens.

Most of the time, you can safely ignore the nervous nellies and prophetic Cassandras. (According to legend, Apollo gave Cassandra the gift of prophecy. When she refused him, he spat into her mouth so she would never be believed.)

But sometimes the worrywarts are right…

For the last 16 years, we’ve been writing a daily e-letter – first theDaily Reckoning and now the Diary.

We saw the collapse of the dot-com bubble coming and warned readers. Most didn’t want to hear it; they were making good money in the stock market. It was a “new era.” And they didn’t want it to end.

But the Nasdaq collapsed in 2000… and didn’t recover until 15 years later.

We believed at the time that the U.S. economy would follow Japan into a long, slow slump. With Addison Wiggin, we wrote a book about it, Financial Reckoning Day: Surviving the Soft Depression of the 21st Century.

But when we were writing Financial Reckoning Day, we never imagined that the Fed could create an entire fantasy economy based on completely unnatural signals and grotesque manipulations.

That is the economy of the 21st century. It is an economy in which the old rules of supply and demand… value and price… up and down… have to be viewed through the distorted light of central bank intervention.

When the price of new money – as set by the Fed to its best customers – is almost zero, who knows what other things are worth?

We expected investors to be as appalled as we were.

We thought they would look through the Fed’s distortions… turn up their noses… and close their brokerage accounts.

After all, who would want to pay a high price for an asset whose value depends entirely on central bank manipulation?

Instead of closing their accounts, people piled into the market like gamblers into a crooked casino. They all know the games are fixed. And they all expected to be winners.

In response to the bursting of the dot-com bubble and the mini-recession that followed in 2001, Alan Greenspan cut short-term rates and inflated another bubble – this time in housing and mortgage finance.

The financial industry amplified the Greenspan “put” and made hundreds of billions of dollars on the flimflam trade. And the housing bubble grew so large that all of Wall Street became over-stretched, undercapitalized, and out-of-control.

It was then that we warned readers again. Specifically, we suggested: Sell your expensive house in California; buy a cheap house in Arkansas.

The advice was a little fanciful, but the point was clear. As George W. Bush might have put it: “This sucker’s going to blow up!”

As it happened, the Vesuvius of mortgage debt exploded in 2008.

Roughly half of America’s stock market wealth disappeared in about six months. Millions of homeowners sank “underwater.” And just about every major bank on Wall Street would have – and should have – been flattened had it not been for the feds’ bailouts.

Again, using another GWB turn of phrase, we “misunderestimated” the power of chicanery, treachery, and fraud.

Now, it was incoming Fed chief Ben Bernanke on the case – cutting rates to near zero and claiming that the world as we knew it would vanish unless Congress gave the cronies $700 billion.

He was right, of course. The screwy world that the feds had created – funded by ultra-cheap credit – was getting what it deserved, good and hard. Humpty Dumpty had fallen off the wall.

We were wrong. The king’s men came out with ZIRP (zero-interest-rate policy) and QE. The Humpty Dumpty stock market floated higher than ever. And the announcement last week from Mario Draghi at the European Central Bank that more euro QE was in the cards pushed him up an inch more.

Investors are aware that the market is manipulated… and it doesn’t seem to worry them. They don’t fight the Fed; they sit down at the table with it.

They play the game. And so far, they have done well.

And now… here’s the headline from the Wall Street Journal: “Fed Strives for Clear Signal on Interest Rates”

This is the latest – and in some ways the dumbest – of central bank frauds. Now, the Fed is under the leadership of Janet Yellen. And she believes in “forward guidance.”

She believes she can decide in advance what interest-rate policy the Fed should follow in the future and let investors know in advance what that policy will be. That way, they can plan intelligently.

She will signal that, soon, the central bank will begin the long return to “normalcy.” Don’t believe it. The entire system depends on abnormalcy.

It depends on more mischief from the central banks: ZIRP; QE; and as already practiced in Switzerland, Sweden, and Denmark, NIRP (negative-interest-rate policy).

Once again, we hear the grumbling of the volcano… and the smoke rising.