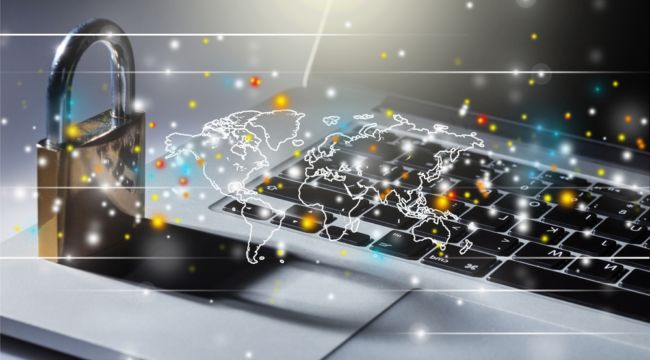 Our financial system has been corrupted.

U.S. equity markets have become a hollow shell of their former selves, with 80% of demand fueled by companies buying their own shares with zero-real-interest-rate loans ultimately from the government.

Silicon Valley is now full of bloated “unicorns” — 88 at last count — with venture capitalists capturing most of the profits. And the number of public companies in the U.S. has plummeted 50% in 20 years.

One way out of this mess is to look abroad.

For Americans with a global view, the range of investment opportunities is expanding massively.

Given the limited upside in Silicon Valley — with its soaring price earnings ratios, misplaced environmentalism, and crony capitalist creep — opportunities abroad are beginning to outpace innovative companies in the states.

You might not know it, but Israel’s startup riches remain unparalleled. And did you know that Japanese and Chinese investors are now massively funding Israeli innovation?

Sony has just created a new $100-million fund with an Israeli target. And CTech reports: “In the first half of 2019, Japanese investors backed 34 Israeli companies, up from 28 companies during the entire year 2018.”

It’s incredibly easy to invest in Israel, too. You have direct access to 70 Israeli companies already available on the NASDAQ. And there are many new Israeli IPOs in preparation.

China is formally a communist nation. But in many ways it’s more free market than the U.S. And China has a rich capitalist culture.

In fact, visit China, as I have in recent months, and you will discover that Marx is far less influential there than he is in American universities.

While I am banned from most U.S. campuses for questioning climate change and challenging political correctness, I speak freely before enthusiastic audiences in many of the most prestigious Universities in China. There may well be fewer real Marxists in China than in the U.S.

The Gaves now observe that both countries are reverting to earlier cultural tendencies — China to capitalism, Japan (with its aging population) to socialist old age home.

And the Chinese are opening their capital markets increasingly to the West. Also auspicious for tech investments is Xi’s strong endorsement of tech innovation, venture capital, and initial public offerings.

Anticipating this new opening and inclusion of a thousand Chinese stocks on emerging market indexes, some $6.3 billion flowed into mainland Chinese equities in early June.

The bottom line is, the U.S. needs to wake up to restore American capitalism and innovation. Basically, we need new paradigms to replace the old, dying ones.

The way you can identify a broken paradigm is that the problem gets worse the more money you spend on it.

Spending on security patches and poultices rises some 20% every year. Yet the number of hacks of private data rose to an all-time record of a billion breaches in 2018.

What I call “the Cryptocosm” (a new internet with the blockchain at its core) will provide a way out of this mess, as it opens the way to an internet architecture based on provable timestamped facts and immutable records.

I truly believe blockchain will eventually become the proper foundation for what the internet’s really become — a huge commercial database to connect transactions all over the world. But this time around, with complete security.

You see, the ability to keep a record of every transaction, fully distributed, will instantly add a bulletproof layer of security to the internet. Why?

Because centralization is the biggest threat to internet security that exists today. Currently, all of our login information and credit card details are kept within walled gardens of various companies — Facebook, Amazon, Google, etc.

The problem is, these walled gardens are beacons for hackers. It’s telling them exactly where the important information is being held.

The blockchain, however, distributes all the personal information across the network, just as human intelligence is distributed across the world. It’s not agglomerated in giant data clumps. It provides a timestamped, immutable record of all transactions.

In other words, it’s decentralized. And that is absolutely key to why blockchain will be the foundation for the Internet Reboot.

That’s what I mean when I talk about a new paradigm. Blockchain can provide it.

Then there’s the scandal of global money.

Our misplaced faith in the power of the Federal Reserve to order growth into being by manipulating its monopoly money has led to the capture of Wall Street by Washington and the consequent starvation of Main Street.

The more money that is printed by central banks — and shuffled on international currency exchanges — the less growth and trade we get from it. Even some $17 trillion of negative interest rate securities doesn’t make a dent.

And what does this colossal floating currency game accomplish?

It only enables grasping politicians and toady central banks to steal from the future — your kids and grandkids — in order to pay off favored constituents and politically correct causes in the present.

The blockchain offers a much more honest, efficient monetary system.

Clearly, internet security and the global scandal of money are two of the world’s most obvious broken paradigms. The blockchain offers a way to fix them.

That’s why I’m so tuned in to advancements of the blockchain, and why I believe the heart of most wealth creation over the next 10 years will be the Cryptocosm.

Go here to learn just how big the opportunity is, and how investing in it now can transform your life in the years ahead.