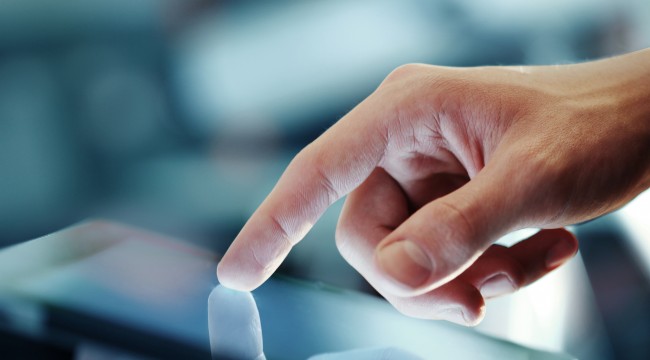 The Invisible Force That Imprisons Us All

TIVOLI, New York – Today… we delve into that invisible force that now controls every aspect of our lives – technology.

Is it making us richer? Or poorer?

China’s Shanghai Composite soared 5%, to a two-week high, after the Chinese government pulled out all the stops to send stocks skyward.

It even pulled out a few stops we never heard of before. These include allowing investors to use their homes – many of which are bought with borrowed money – as collateral for margin loans.

Debt on top of debt: That ought to get things moving!

And yesterday, China’s central bank announced a surprise devaluation of its currency, the yuan, to spur exports. (More on this below in today’s Market Insight…)

And the S&P 500 gained 1.3%. Of the companies in the index that have so far reported earnings this season, three-quarters of them have beaten profit estimates.

But stock markets may not be the leading indicators many think them to be; they might be the last to know.

The Chinese economy, for instance, may not be regaining its vim and vigor.

Yesterday’s bounce may not be a reliable omen, in other words.

But technology, not the stock market, is our subject today.

We are wondering how come – 20 years into the biggest techno-boom in history, and with more than 100 Silicon Valley start-ups valued at more than a billion dollars – real GDP growth is only roughly half the average of the past 20 years.

What kind of technology fails to increase economic growth?

Some technology is clearly helpful. Wielding a primitive club, a man increases the range of his arm and the power of his swing. But soon his enemies have picked up clubs too. The resulting “arms race” leads the human race to become poorer, not richer.

When the U.S. got an atomic bomb, for a few years it had such a decisive advantage it was clearly the cock of the walk. But that didn’t last…

That made nuclear weapons essential… and essentially useless. You could use them against your enemies only if you didn’t mind being exterminated yourself.

Are wafer-thin laptop computers, smartphones, tablets… and the Internet that powers them… so different?

If you are going to compete in the modern world, you need to use them. But since everyone else uses them, you get no advantage.

And what about the clock?

Mechanical clocks first came on the scene in Europe in the late 12th and early 13th centuries. We’ve been slaves to them ever since.

The clock did not extend our arm or increase the force of our swing. We could not use it to impose our will on others… or on nature.

Instead, it imposed itself on us. We did its bidding; it did not do ours.

Try as we might, we could not make day night or night day. We could not speed it up, to any useful purpose, nor slow it down.

Ticktock, ticktock – we were forced to march to its rhythm evermore.

Prisoners of Every Blinking Light…

And now we are prisoners of every blinking light and whirring sound in our lives.

One tells us when to get up. Another tells us when to go to bed. Others buzz when we are in the elevator, at prayer, or in the theater – interrupting the sacred and the solemn with profane urgency… telling us that we have a communication, of no importance, that must be dealt with immediately!

“You know that situation with the water? Well, I can’t fix it.

“The system is electronic now. You know, it conserves energy somehow. But it shuts off the water automatically if you don’t use it… or something.

“I’m fine on valves and pipes. But I can’t do anything with electronics. I know it’s a little stupid. But I can’t even turn the water on.

“We’ll have to wait to get a technician in tomorrow. Or maybe Wednesday.”