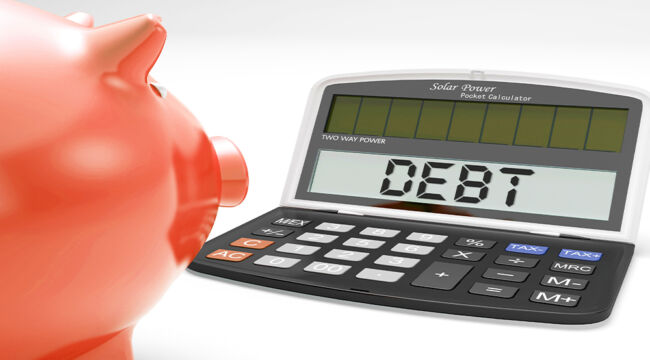 An “empire of debt.”

This is what our co-founders Bill Bonner and Addison Wiggin labeled the United States… in a 2005 book bearing that very title.

The United States is unquestionably an empire in debt — some $31.5 trillion — and mounting with each clock tick.

Sixty cents of each dollar Uncle Samuel spends, he borrows. The remaining 40 cents he collars in taxes.

Contrast these figures with the guns-and-butter 1960s — before old Nixon banged the gold window shut.

You will find the mathematics very nearly inverted.

Seventy-five cents of each expended dollar the government hauled in through taxes.

It borrowed the remaining 25 cents.

Borrowing to Consume, Not to Invest

Has our doddering uncle borrowed to invest in a productive American future? No he has not.

He has borrowed largely to satisfy the consumptive needs of the moment. He is a squirrel that has failed to stash his acorns for winter. He has left little for the morrow.

Merely 15 cents of each government-spent dollar went channeling toward “transfer payments” — that is, channeling from productive hands to nonproductive, consuming hands.

Today the figure approaches a productivity-sapping 50 cents of each dollar.

Some 50% of Americans haul aboard at least one federal benefit.

Only during the locust years of the Great Depression — from 1931–36 — did government dolings out exceed taxes coming in… as they do now.

Is it any wonder then that the nation sags and groans under $31.5 trillion of debt? We hazard it is not.

Do we hector? Do we preach? Do we wag our finger?

No we do not. We approach the business with the detached air of an accountant tackling the ledgers.

We merely count beans. Yet a distressing calculus fetches our eye…

We note that interest rates are on the increase. Today the 10-year Treasury note yields 3.46%.

And so interest payments on the debt are on the increase. They are devouring larger portions of the federal budget.

In fiscal year 2020, at the height of COVID stimulus mania, Congress managed to spend nearly twice what the federal government raised in taxes.

Yet in 2021, with Treasury debt piled sky-high and spilling over $30 trillion, Congress was able to service this gargantuan obligation with interest payments of less than $400 billion. The total interest expense of $392 billion for the year represented only about 6% of the roughly $6.8 trillion in federal outlays.

How is this possible? In short: very low interest rates. In fact, the average weighted rate across all outstanding Treasury debt in 2021 was well below 2%… even dramatically rising federal debt in recent years did not much hike Congress’ debt service burden.

If Treasury rates continue to rise, and rise precipitously, the effects on congressional budgeting will be immediate and severe. Even if we laughably assume total federal debt remains static… interest rates of merely 2% or 3% will cause interest expense to rise considerably.

Average weighted rates of only 5% would cost taxpayers more than $1 trillion every year. Historically, average rates of 7% swell that number to more than $1.5 trillion. Rates of 10% — hardly unthinkable, given the Paul Volcker era of the late ’70s and early ’80s — would cause debt service to explode to over $2.3 trillion.

How Much Money Would Be Left Over?

And as Mr. Deist notes:

The historical average, incidentally, comes in at 5.6%.

Interest payments of 10% would swamp the entire federal budget.

And the lovely illusion that deficits do not matter would crash against hard rocks of mathematical reality.

But will interest rates maintain their increase… or will they come floating back downward?

Investor — and speculator — Nick Giambruno believes he has the answer:

Interest rates last peaked in 1981 at over 15%. Then, they fell for 39 years and bottomed in July 2020 at around 0.62%… Since the bottom in 2020, yields have gone up more than 5X. This reflects a significant shift. I think we are now at the very beginning of a new, long-term uptrend in interest rates…

The 10-year Treasury is yielding around [3.46%]. That’s still far below the long-term historical average of approximately 5.6%.

That is, the scales will balance at or near the historical 5.6% average. And here this Giambruno fellow raises our hair:

I expect interest rates to reach new all-time highs in this new, long-term cycle. That would mean we’d see the 10-year Treasury yield north of 15%.

We only hope that we are under the sod by that time… and roasting in the hell to which we are unquestionably fated.

The Government We Deserve

Yet one question must be answered: How did what was once the world’s greatest creditor nation sink so deeply into debt?

As we have asked before:

Were the American people humbugged into so much debt? Or have we freely and knowingly put our names to the contract?

1) The elected officials of the United States are colossal rogues who amassed today’s $31.5 trillion debt in full defiance of the thrifty American voter.

2) The $31.5 trillion debt reflects faithfully the desires of the American voter. He has gotten what he wants. At the very least, he accepts it in exchange for the perceived benefits it showers upon him.

Option 1 mocks our cherished democratic theories. Option 2 stands in full indictment of them.

Alas, we must conclude the United States has gotten the government it deserves…