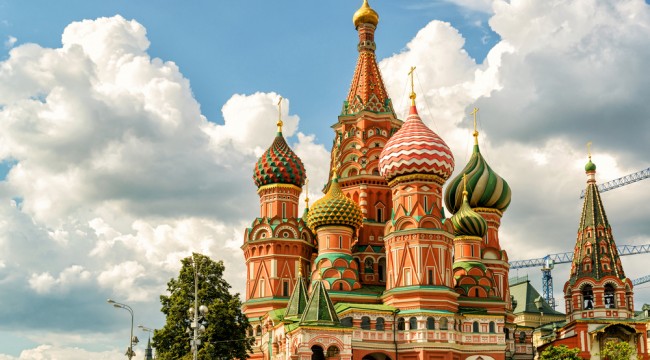 It is too bad that Robinson Crusoe succeeded in putting out the fire that endangered his cabin. He has lost an invaluable opportunity for labor; he is less rich.”

So wrote the French political economist Frederic Bastiat in Economic Harmonies, a work published shortly before his death in 1850. (His more famous work The Law appeared the same year.)

In earlier writings, Bastiat also drew on Crusoe — only in this instance, Crusoe is building his cabin. Lacking a saw, he expends much effort with an axe to create planks of wood just the right size.

One day, a plank washes ashore that’s already perfectly shaped for his purposes. But instead of looking upon its arrival as a godsend, Crusoe flings the plank back into the sea. After all… if he were to use it, he’d have less work to do.

Bastiat was making a point about protectionism: “It is nonetheless the same line of reasoning that is adopted by every nation that protects itself by interdicting the entry of foreign goods. It kicks back the plank that is offered it in exchange for a little labor, in order to give itself more labor.”

Which brings us to events in Russia this week… 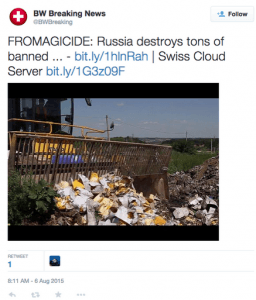 That’s a Russian bulldozer destroying cheese from the West that was intercepted at the border. Russia slapped a ban on Western farm products last year in response to economic sanctions imposed by the United States and the European Union.

It was a spectacle President Vladimir Putin timed to coincide with the first anniversary of the ban. “One steamroller took an hour to crush 9 tonnes of cheese,” reports the BBC. “Another consignment was due to be burnt. Boxes of bacon have been incinerated. Peaches and tomatoes were also due to be crushed by tractors.”

Food inflation in Russia is already running at 20%.

This editor has taken a bit of flak the last 18 months for pointing out certain inconvenient facts about the new Cold War — facts that Western leaders and the mainstream media would rather bury.

But by the same token, we don’t hold any brief for Putin around here. The cheese-crushing stunt is economic folly on the same scale as Crusoe flinging that perfectly formed plank back into the waves.

Along with the Western sanctions, it also brings to mind a saying attributed to Bastiat — although it doesn’t turn up in his writings. “When goods don’t cross borders, armies will.”