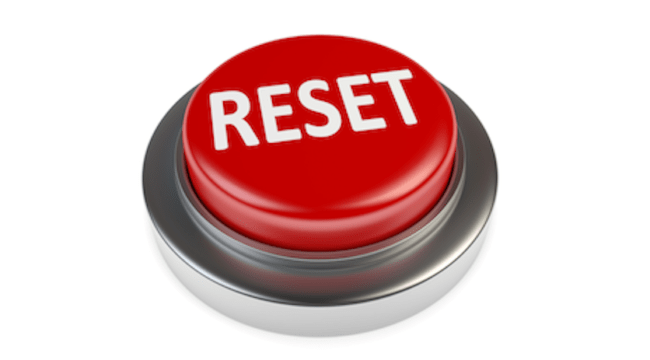 The Bretton Woods conference of 1944 set the global financial system that still prevails today. The period 1969-1971 can be regarded as the First Reset, which involved the creation of Special Drawing Rights (SDR, ticker:XDR), the devaluation of the dollar and the end of the gold standard.

For years, commentators (myself included) have discussed the next global monetary realignment, which is sometimes called The Big Reset or The Great Reset.

Now, it looks like the long-expected Great Reset is finally here.

Details vary depending on the source, but the basic idea is that the current global monetary system centered around the dollar is inherently unstable and needs to be reformed.

Part of the problem is due to a process called Triffin’s Dilemma, named after economist Robert Triffin. Triffin said that the issuer of a dominant reserve currency had to run trade deficits so that the rest of the world could have enough of the currency to buy goods from the issuer and expand world trade.

But, if you ran deficits long enough, you would eventually go broke. This was said about the dollar in the early 1960s.

In 1969, the International Monetary Fund (IMF) created the SDR, possibly to serve as a source of liquidity and alternative to the dollar.

In 1971, the dollar did devalue relative to gold and other major currencies. SDRs were issued by the IMF from 1970 to 1981. None were issued after 1981 until 2009 during the global financial crisis.

The 2009 issuance was a case of the IMF “testing the plumbing” of the system to make sure it worked properly. Because zero SDRs were issued from 1981–2009, the IMF wanted to rehearse the governance, computational, and legal processes for issuing SDRs.

The purpose was partly to alleviate liquidity concerns at the time, but it was also to make sure the system works, in case a large new issuance was needed on short notice. The 2009 experiment showed the system worked fine.

On January 7, 2011, the IMF issued a master plan for replacing the dollar with SDRs.

This included the creation of an SDR bond market, SDR dealers, and ancillary facilities such as repos, derivatives, settlement and clearance channels, and the entire apparatus of a liquid bond market.

A liquid bond market is critical. U.S. Treasury bonds are among the world’s most liquid securities, which makes the dollar a legitimate reserve currency.

The IMF study recommended that the SDR bond market replicate the infrastructure of the U.S. Treasury market, with hedging, financing, settlement and clearance mechanisms substantially similar to those used to support trading in Treasury securities today.

China Gets a Seat at the Monetary Table

In July 2016, the IMF issued a paper calling for the creation of a private SDR bond market. These bonds are called “M-SDRs” (for market SDRs), in contrast to “O-SDRs” (for official SDRs).

In August 2016, the World Bank announced that it would issue SDR-denominated bonds to private purchasers. Industrial and Commercial Bank of China (ICBC), the largest bank in China, will be the lead underwriter on the deal.

In September 2016, the IMF included the Chinese yuan in the SDR basket, giving China a seat at the monetary table.

So, the framework has been created to expand the SDR’s scope.

The SDR can be issued in abundance to IMF members and used in the future for a select list of the most important transactions in the world, including balance-of-payments settlements, oil pricing and the financial accounts of the world’s largest corporations, such as Exxon Mobil, Toyota and Royal Dutch Shell.

Now, the IMF is planning to issue $500 billion of new SDRs, although some Democrat senators are lobbying for an issue of $2 trillion SDRs or more.

This would be almost ten times the amount of SDRs issued in 2009 and would go a long way to increasing SDR liquidity and advancing the globalist agenda of eventually having the SDR replace the U.S. dollar as the leading reserve asset.

This proposal closely follows the global elite game plan predicted in chapter 2 of my 2016 book, The Road to Ruin.

Over the next several years, we will see the issuance of SDRs to transnational organizations, such as the U.N. and World Bank, to be spent on climate change infrastructure and other elite pet projects outside the supervision of any democratically elected bodies. I call this the New Blueprint for Worldwide Inflation.

But there’s more to the Great Reset than the issuance of new SDRs. Here’s another breaking news story that validates the longstanding prediction of a coming reset in the global financial system.

In 1999, the euro replaced the individual currencies of Germany, France, Netherlands, Italy and other major economies in Europe. Today, the number of countries that have joined the euro is up to 19, and more countries are awaiting admission.

The euro is the second largest reserve currency asset after the U.S. dollar. The creation of the euro can be thought of as a stepping stone from national currencies to a single world currency.

Now, the euro (along with the Chinese yuan) is moving quickly to become a Central Bank Digital Currency (CBDC). A CBDC combines a traditional currency with the blockchain technology of a cryptocurrency.

It’s an important move in the direction of eliminating cash and forcing users into a 100% digital system using credit cards, debit cards, and smartphone apps.

Why are China and Europe so focused on eliminating cash?

Use It or Lose It

I’ve said all along that you cannot put negative interest rates on consumers until you eliminate cash. Otherwise, savers would just withdraw cash from the banks and stuff it in mattresses to avoid the negative rates. Implicitly, the European Central Bank (ECB) seems to agree.

One of the ECB Board members says that negative rates (really confiscation) will be applied as a “penalty” against “hoarding” cash. In plain English, that means they will create digital money, force you to spend it, and if you don’t spend it, they will take it away as a “negative rate.”

Now all of the pieces of the global elite plan are converging.

The IMF SDR issuance will reliquify global central banks that cannot print dollars. Then CBDCs will be used to eliminate cash.

Once the cattle (that’s us) have been herded into the digital slaughterhouse, we will be told to “use it or lose it” when it comes to our own money. In other words, either we spend the money, or the government will take it away.

Of course, the spending can be channeled into politically correct causes by excluding unpopular vendors such as gun dealers or conservative social media platforms from the payment system. This represents total domination of human behavior through world money + digital currencies + confiscation.

This is not speculation anymore; it’s happening in front of our eyes. The Great Reset is coming fast. The future is here.

The only solution is to use a non-digital, non-bank store of wealth that cannot be traced or manipulated. Given the planned dollar devaluation, it’s one more reason to own physical gold and silver.

Get it while you still can.