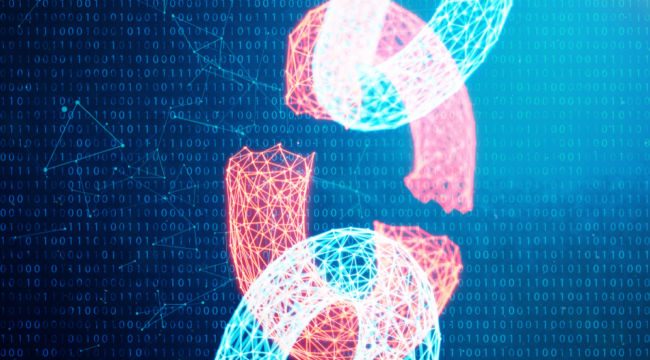 Today the calendar rolls to October.

So blackened is October’s reputation, market observers have fashioned a term for it — the “October effect.”

But as we revealed at September’s onset, September is the stock market’s leanest month historically.

October is as tame as a tabby besides it.

And Investopedia informs us that more bear markets have ended in October than begun in October.

But climate is what a fellow can expect. Weather is what he actually gets.

What type of weather might this October hold before us?

A Poor Start to the Month

Initial barometric readings do not encourage.

For reasons we look to the latest manufacturing data…

September’s manufacturing Purchasing Managers’ Index — coming by way of the Institute for Supply Management — came rolling out this morning.

Any reading below 50 indicates contraction.

That is the lowest reading since June 2009. It is also the second consecutive month of contraction.

And global manufacturing overall is down with a flu…

“We have now tariffed our way into a manufacturing recession in the U.S. and globally,” moans Peter Boockvar, chief investment officer of Bleakley Advisory Group.

“There is no end in sight to this slowdown, the recession risk is real.”

Insiders Are Selling Their Stocks

Meantime, our agents inform us that the foxes — corporate insiders — are selling their own companies’ stocks at the greatest clip since 2000.

Total jettisonings run to a combined $19 billion through mid-September. At the going rate they will total $26 billion by year’s end.

Only during the dot-com derangement of 2000 did insider selling eclipse current levels.

In fairness… we have no light into how these insiders spent the proceeds of stock sales.

If they emptied them back into the stock market to diversify their holdings, insider sales would give a false alarm.

But if corporate insiders are hunkering in against approaching weather… then we must draw a different conclusion entirely.

These insiders — after all — best understand their companies’ prospects.

We suspect this is the likelier option.

If they are anticipating a mighty gale, you might do well to batten down yourself.

How much longer, we wonder, can the great disconnect between stock market and economy endure?

It went mostly into Wall Street. The stock market has trampolined over 200% since scraping bottom in March 2009.

But add together all interventions to hold the financial system up since 2008. These include, notes analyst Lance Roberts of Real Investment Advice:

Yet it has paid a poor dividend…

As Roberts reminds us, the return on investment for that $33 trillion reduces thusly:

Every $8.53 of monetary intervention… yielded a mere $1 of economic growth.

A dollar of debt just doesn’t do the duty it once did.

Assume, if you can somehow, an economy unburdened by crushing debt.

In this unknown economy the debt multiplier might argue a plausible case for itself.

Fifty years ago, $1 of debt yielded perhaps $4 of growth, real or otherwise. But each new dollar packs less and less wallop. The debt piles up, year by indebted year…

Ultimately comes the point when the new dollar fails to push at all. It rather begins to drag… like a millstone hung about the neck.

United States national debt has doubled since 2010 — and presently rises above $22.6 trillion.

Total debt, public and private, runs to some $70 trillion.

And to show for it?

The United States economy has now endured a record 12 consecutive years without 3% growth.

It is on the tracks for unlucky 13.

And real U.S. GDP growth has averaged 2.16% post-crisis — far beneath the typical 4.3% post-recession average since WWII.

We must conclude that the present arrangement is wrecked beyond hope. And that the United States has passed beyond all salvation.

Here is what they facilitate:

But when it fails to extend the show presently running… will the world snap finally to its sober senses?

That is, will it let natural market forces clear out the existing rot?

It will go under the term Modern Monetary Theory (MMT), or helicopter money, or fiscal stimulus, or what have you.

They are all essentially one.

The government will empty money directly onto Main Street. From there it will fan out in widening circles.

The money will wend its way through the stores, theaters, salons and eateries.

It will drive a seemingly flourishing trade… and appear to raise the economic level.

But it is a desert mirage.

A Raid Upon the Future

And the greater the present larceny… the less future growth.

It is a snake devouring its tail.

A healthy, sustainable economy does not rest upon consumption. It rises instead from a sturdy foundation of savings and productive investment.

A consumption spree will likely yield a gorgeous inflation — with little growth to go with it.

But that is tomorrow’s problem. Our hands are plenty full with today’s…