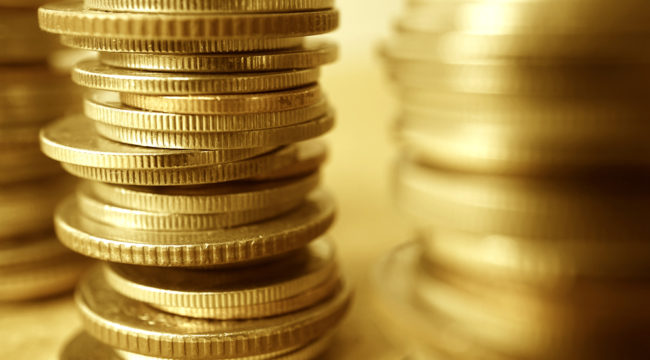 Is there gold price manipulation going on? Absolutely. There’s no question about it. That’s not just an opinion.

There is statistical evidence piling up to make the case, in addition to anecdotal evidence and forensic evidence. The evidence is very clear, in fact.

I’ve spoken to members of Congress. I’ve spoken to people in the intelligence community, in the defense community, very senior people at the IMF. I don’t believe in making strong claims without strong evidence, and the evidence is all there.

I spoke to a PhD statistician who works for one of the biggest hedge funds in the world. I can’t mention the fund’s name but it’s a household name. You’ve probably heard of it. He looked at COMEX (the primary market for gold) opening prices and COMEX closing prices for a 10-year period. He was dumbfounded.

He said it was is the most blatant case of manipulation he’d ever seen. He said if you went into the aftermarket, bought after the close and sold before the opening every day, you would make risk-free profits.

I also spoke to Professor Rosa Abrantes-Metz at the New York University Stern School of Business. She is the leading expert on globe price manipulation. She actually testifies in gold manipulation cases that are going on.

Now, where is the manipulation coming from?

There are a number of suspects but you need look no further than China.

The best way to do that is to increase its voting power at the IMF and have the yuan included in the IMF basket for determining the value of the special drawing right (SDR).

China accomplished that last September when the IMF added the yuan to its basket of currencies.

The rules of the game also say you need a lot of gold to play, but you don’t recognize the gold or discuss it publicly. Above all, you do not treat gold as money, even though gold has always been money.

The members of the club keep their gold handy just in case, but otherwise, they publicly disparage it and pretend it has no role in the international monetary system. China is expected to do the same.

For example, Russia has one-eighth the gold of the United States. It sounds like they’re a small gold power — but their economy’s only one-eighth as big. So, they have about the right amount of gold for the size of their economy. And Russia has ramped up its gold purchases recently.

The U.S. gold reserve at the market rate is under 3% of GDP. That number varies because the price of gold varies. For Russia, it’s about the same. For Europe, it’s even higher — over 4%.

In China, that number has been about 0.7% officially. Unofficially, if you give them credit for having, let’s say, 4,000 tons, it raises them up to the U.S. and Russian level. But they want to actually get higher than that because their economy is still growing, even if it’s at a much lower rate than before.

I’ve described some catastrophic scenarios where the world switches to SDRs or goes to a gold scenario, but at least for the time being, the U.S. would like to maintain a dollar standard. Meanwhile, China feels extremely vulnerable to the dollar. If we devalue the dollar, that’s an enormous loss to them.

China has recently sold a portion of its dollar reserves to prop up its own currency, which has come under tremendous pressure. But it still holds a large store of dollar reserves.

China has been saying, in effect, “We’re not comfortable holding all these dollars unless we can have gold. But if we are transparent about the gold acquisition, the price will go up too quickly. So we need the western powers to keep the lid on the price and help us get the gold, until we reach a hedged position. At that point, maybe we’ll still have a stable dollar.”

The price of gold will go significantly higher in the years ahead. But contrary to what you read in the blogs, gold won’t go higher because China is confronting the U.S. or launching a gold-backed currency.

We need to mention Russia here too. Russia is also amassing gold. And since Russia and China aspire to be true gold powers, it’s not enough to have physical gold. It’s also critical to create gold exchanges and gold markets for price discovery and trading.

Currently the price of gold is set in two places. One is the London spot market, controlled by six big banks including Goldman Sachs and JPMorgan. The other is the New York gold futures market controlled by COMEX, which is governed by its big clearing members, also including major western banks.

Russia and China are not only building up physical reserves and exploring for more, they are building trading systems that allow for price discovery and leveraged trading in gold.

It may take a year or so to attract liquidity, but once these new exchanges are fully functional, the physical gold market will regain the upper hand as a price maker.

Then gold will commence its march to monetary status, and its implied non-deflationary price of $10,000 per ounce.

The time to buy is now, before that happens.