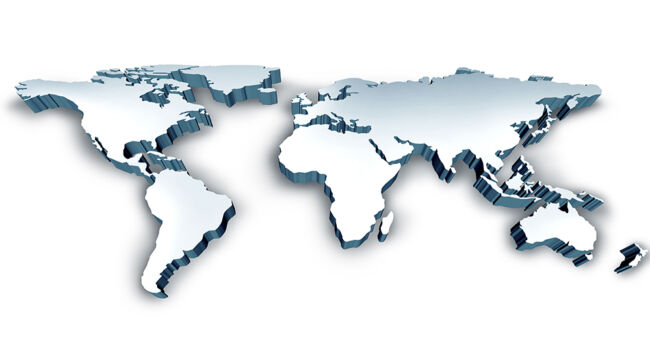 The Geoeconomics of Modern Conflict

The Western narrative that Putin is the bad guy bent on conquering Ukraine is false. Putin had warned the West about not pushing its advantage in Ukraine for over 20 years. While Putin was amenable to NATO expansion, he always drew the line at Lithuania, Ukraine and Georgia. In 2004, NATO crossed Russia’s red line by admitting Lithuania to membership, but there was little Putin could do to stop it.

The 2008 nomination of Ukraine to NATO was an unforced error. Putin had been content to leave Ukraine as a neutral buffer state. The West was not and pushed Putin too hard. Now Putin has pushed back. Why is Ukraine so important to Russia?

A quick glance at a map shows that Ukraine in NATO or even a pro-Western Ukraine is an existential threat to Moscow. The line from Estonia in the north to Ukraine in the south forms the letter “C” that encircles Moscow from the north, west and south.

Parts of Ukraine actually lie east of Moscow, opening that region to attack from the west, something that has not happened since the Mongol Empire of Genghis Khan in the 13th century. If Ukraine will not become neutral, then Putin must control it, at least the eastern half, by force if necessary.

In the past six months, Russia has moved over 100,000 troops to its border with Ukraine. Additional troops are standing by to join this force. This is equivalent to more than 10 divisions, equal to a corps in the order of battle.

These troops are not limited to infantry and include armor, artillery, special forces and air support. It is extremely costly to move and support that number of troops especially in winter. Putin is not doing this for show.

But conquering Ukraine is not Putin’s main goal. What he wants is a promise that Ukraine will not join NATO, no NATO troops will be stationed in the post-1995 NATO member states, neutrality in the Ukrainian government and full operation of the Nord Stream 2 natural gas pipeline from Russia to Germany under the Baltic Sea.

If Putin can get all or most of that through negotiations, there is no reason to invade Ukraine. The threat to do so will have served its purpose.

This outcome would be a perfect illustration of Luttwak’s geoeconomics definition. The goals are commercial (dependence of Western Europe on Russian natural gas), and the tools are commercial (pipelines) even though the players are sovereign states (Russia and the U.S.).

The U.S. has announced that it will impose severe economic sanctions on Russia if it does invade. But these sanctions will have little impact on Russia. Sanctions have been imposed on Russia since the 2014 annexation of Crimea and have had no material impact on Russian behavior.

Russia has already moved over 20% of its reserves into physical gold bullion stored in Moscow. This gold is worth about $140 billion at current market prices. Because the gold is physical, not digital, it cannot be hacked, frozen or seized.

Importantly, U.S. sanctions will not affect exports of Russian oil or natural gas. Russia provides about 10% of all the oil produced in the world. It’s simply impossible to sanction Russian oil sales.

That means it’s impossible to cut off Russia’s dollar supply because oil is sold for dollars on world markets. Any interference in Russian oil sales would cause global hyperinflation and global economic collapse at the same time.

Meanwhile, the U.S. will not prevent Russian bank transactions on SWIFT, the international financial communications network based in Belgium. That would be regarded as an act of war by Russia, and would not be supported by European members of SWIFT.

The bottom line is Russia is trying to get what it wants by threatening an invasion, and therefore it will not be necessary to invade Ukraine. This includes pledges that Ukraine will not join NATO, and permission for a smooth opening of the Nord Stream 2 pipeline. Other issues will be the subject of ongoing negotiations, but none of them is as important as NATO and Nord Stream 2.

This means Russia’s stranglehold on Western European energy supplies will be tightened. Russia will be able to open or close the valves as she sees fit, and thereby ensure high energy prices for the foreseeable future. High prices will be compounded by the misguided and mindless climate alarm policies of the German government.

Russia and the U.S. will likely avoid direct armed conflict. But energy prices will go higher, which helps Russia. The losers will be Ukraine and global energy users. The biggest loser could be the United States, which may suffer higher inflation and a recession (stagflation), due to higher energy prices.

This is all consistent with Luttwak’s definition of geoeconomics as the displacement of armed conflict by economic goals using economic weapons.

The second critical hotspot today is the potential for a Chinese invasion of Taiwan. Will it happen? The case against such a war is basically in the scenarios described above.

Events would likely escalate and spin out of control, resulting in a large-scale conflict. Gains are possible for China, especially if the U.S. does not come to the aid of Taiwan. Still, the risks are too high, and the costs are too great. Instead of an invasion, China could continue its rhetoric and its military readiness, but otherwise bide its time.

My estimate is that China will refrain from an invasion consistent with the geoeconomic thesis. At the same time, Xi Jinping will continue threats and economic confrontation with the West.

Investors should expect the following from this unstable confrontation: The U.S. and China will continue to decouple economically. Supply chain disruptions will grow worse before they get better. A new supply chain configuration will emerge involving more onshoring and shorter transportation lanes.

China’s growth will lag and it will be unable to make the technological leaps it needs to escape the middle-income trap and become a high-income developed economy. Over time, excessive debt and adverse demographics will overtake China’s ambitions and leave it an aging and low-productivity shell.

China’s economic problems will sustain its demand for energy and put a floor under energy prices. Manufacturing costs will rise as China’s labor pool evaporates. Investors should not rule out a financial crisis in China that would spread to a global collapse in capital markets, probably worse than those of 2008 and 2020.

But geopolitical tensions will disrupt global supply chains, which will result in higher input prices and transportation costs. That’s a receipt for inflation, and higher interest rates. And any form of uncertainty is a plus for the one safe haven investment that never fails – gold.