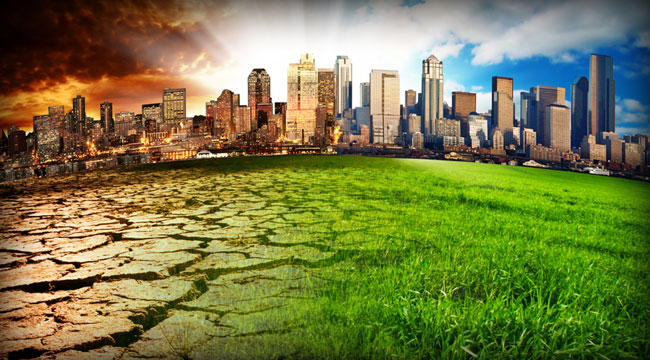 “The Gap Between Disaster and Prosperity”

As far as your average American household is concerned, they would argue that they’re saving more than enough — or at least until recently they would have said that.

When you think in terms of the economy as a whole, you have to realize that if the output of an economy — or in household terms, the amount of income [available] is all consumed, [then] we’re not accumulating the types of assets which we ﬁnd productive over the years. Every advanced economy invests a signiﬁcant amount of what it produces. It ploughs it back in the way of capital assets — meaning factories, equipment, all forms of capital — which essentially make the standard of living rise, because as technology and capital increase, an hour’s worth of effort on the part of a person has (over the generations) been increasing.

The comparable measure with respect to households is that if you don’t save adequately, you are wholly dependent upon the income you are getting. But as far as you’re concerned, unless you put money away for nest egg purposes, for retirement, for a variety of other purposes, you will ﬁnd that you are living an extraordinarily precarious existence. Savings is the buffer which is the gap between disaster and prosperity.

By maintaining a stable ﬁnancial system, a stable monetary system contributes to economic growth through enhancing stability and, most importantly, keeping inﬂation at a subdued level. The issue of rising wealth in the last 15 years or so is essentially a global phenomenon and one that results because of the consequences of what was seen when the Cold War came to an end.

The extraordinary amount of economic devastation behind the Iron Curtain induced a very large part of the so-called Third World to move signiﬁcantly toward competitive market capitalism, the effects of which are twofold: (1) a major decline in the rate of inﬂation, and (2) a huge increase in the propensity to save around the world, but most dramatically in those areas of the world which ordinarily save a great deal but were saving increasingly more. The effect of that was a major decline in long-term interest rates, which in turn have always had the effect of lowering capitalization rates on real estate, commercial, and on stocks and bonds, obviously. As a consequence of that, there is a sense of wealth, because the concept of wealth is not the physical things that we have per se, but what human beings perceive that those assets will eventually be able to contribute to future standards of living.

The most important issue here is that wealth, in that sense, is a psychological problem or a psychological phenomenon, to the extent that you have great conﬁdence about the capacity of physically existing assets producing far into the future, you will value those assets extremely highly, and when people talk about wealth, that’s what they basically mean. Now, the Federal Reserve has had very little to do in that particular scenario and therefore Ron Paul, with whom I agree with on a number of issues, is mistaken in this area.

If there are signiﬁcant ﬁscal deﬁcits or basically a lack of savings in an economy, what that will do is to raise interest rates, because a demand for funds exceeds the supply of funds and there’s nothing that one can do to prevent interest rates from rising.

Now the danger is that if the Federal Reserve does not keep monetary policy tight in such an environment, and in a sense facilitate the rise in interest rates, it can do so only by expanding the money supply, ultimately creating inﬂation, and inﬂation eventually disables an economy and standards of living.

So in that sense, if ﬁscal policy is lax or savings are exceptionally low, there is nothing monetary policy or any central bank can do about that. All it can do is to try to protect the system from being excessively affected by what would be an irresponsible policy on the part of government.

It’s always a very difficult problem to make judgements about what the motives of people are. If you’re in a free society, people have to choose the way they wish to live, the values they wish to implement, and it’s not up to government to tell them they should act differently. The obvious exception is being acutely aware of what the nature of rights are and what the nature of laws are. But there’s very little government can do directly to to affect people’s attitudes.

That’s part of the culture. That’s basically the function of society in general, of people who write books, people who think about issues, people who try to convince people about what they should and should not be doing. I’ve often found that one of the characteristics of a free society is that we are free to be irresponsible. I don’t like that fact, but the ability to do so is an essential freedom because unless you voluntarily do the right thing it’s not going to work.

If you are fundamentally an irresponsible person, no matter what government does, it’ll show up one way or another.

Alan Greenspan
for The Daily Reckoning

In 1987, Old Alan Greenspan or The Maestro emerged at 61 years of age as the Chairman of the Federal Reserve. He served in that post until 2006. Since then he has written two books: The Age of Turbulence and The Map and the Territory. Little is known about Old Alan Greenspan’s early life. Wild rumors say that he was the result of a government bioengineering initiative to build a better economic forecaster. Others contend that at one point, he was Young Al Greenspan. Both explanations are likely bunk.