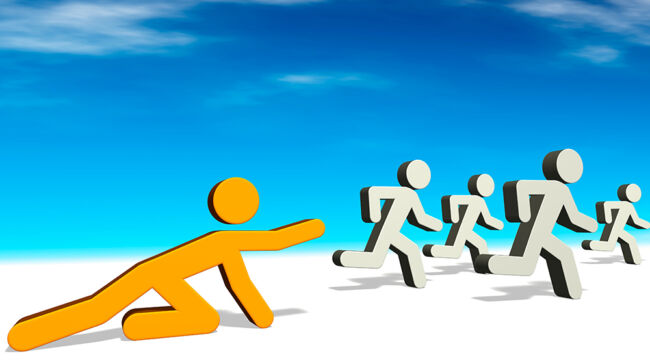 The movie was ostensibly about how farm girls who moved to the city and faced economic depression would do whatever it took to get along. That was the theme of the opening song, “We’re in the Money,” the lyrics of which are truly hilarious once you understand the point.

But the deeper theme was summed up in the final number about the Forgotten Man. It was based on a hugely impactful essay by the same name written by sociologist William Graham Sumner in 1916.

It’s the story of a lost generation of young men who lost jobs, social status, dignity and hope due to war, conscription and generally being treated like animals by the state.

In 1923, we saw a huge loss in life expectancy among the young generation. This was due to drugs and alcohol poisoning plus suicide. The loss was particularly poignant at that time because we had seen nothing but progress since 1870, when the great American economic boom took place that transformed life on Earth.

The Great War was an interruption in this progress. As an attempt to shape people up, the U.S. government under expert medical advisers implemented nationwide alcohol prohibition. It was a disaster, driving people from controlled liquor to bathtub gin and resulting in poisoning.

Disaster Then and Now

Such dramatic shifts in vital statistics are worth a focus. They signal massive calamity. That’s how we might sum up the CDC’s newest statistical release that shows how three years of life expectancy have been lost in a mere two years. Stunning.

It’s not the fault of COVID. The same data sets show how COVID deaths in total were borrowed from what might have otherwise been flu and other deaths by respiratory ailments. In other words, viral crowding out.

The average age of death from COVID is equal to or above life expectancy in 1919. The real problem traces to despair and ill health caused by the pandemic response.

That’s right: In the name of protecting our health, governments around the country wrecked health. That should not surprise us at all. It’s consistent with the law of unintended consequences.

This mess is showing up in every area of economic life.

The latest employment report shows a slight but mostly meaningless uptick in the unemployment rate. Buried in the report and getting almost no public attention was the data on worker/population ratios and labor force participation rates. These are still nowhere near recovered from 2019.

At least a million people are missing from the workforce. It particularly affects men, whose labor force participation is shockingly low. In terms of job creation, there are more and more jobs being created. True. How is this magic possible? A flat percentage of the workforce is accepting two or three part-time jobs, scrambling just to stay ahead of inflation.

Meanwhile, at the Fed

I’ve got a theory about what the Fed is doing now. They know two things for sure: Recession is already here, awaiting final confirmation, and inflation is still with us in one form or another. They have decided to announce this as policy to get ahead of reality. This way they can say: This is exactly what we were intending!

Truth is that they have no idea what they are doing. The interest rate increases are cooling off money expansion but that might be entirely because the economy is slowing through lending restrictions, particularly as it affects housing.

Beyond that, they have no real means to sop up the $6 trillion-plus in new liquidity that they dumped on the markets between March 2020 and March 2022. They know that this new money has to make its way through the system through larger prices.

They further know that prices in general are NOT going to go down. At best, they will in general settle down to a more reasonable rate of increase. All told, 15% of the purchasing power of the dollar has been stolen in a mere 2½ years. That’s something we’ve not seen in 40 years but probably not really since the latter days of the American Revolution.

Knowing all of this and aware that the Fed has no power to do anything about it, the new policy is to act like this was the whole point of the policy, thus perpetuating the myth that these masters of money have intelligence and competence.

No summary of the present calamitous moment would be complete without an assessment of the goings on of the Biden administration. The creepy red dictator-chic backdrop to Biden’s fiery speech yesterday was no accident.

These people are facing disaster and ready to try anything to distract the country from the ongoing economic meltdown. Therefore, they decided to take a page out of the 1932 book by Carl Schmitt called The Concept of the Political.

In Schmitt’s view, the best means to hold onto power is to reinforce a friend/enemy distinction. You need to rally a nation of friends around the idea that an enemy exists among them and in order to survive that enemy needs to be extinguished.

He tried this last summer by the demonization of the unvaccinated. The same tactics are being intensified now in an effort to call all Trump sympathizers “semi-fascists” who are a threat to democracy itself.

Now, this tactic really requires some chutzpah, especially if you are going to deliver the message from a quasi-fascist stage with lighting pulled from interwar dictator rallies. But there you go.

There is something in the heart of man, they believe, that longs for an iron hand. If they really are planning to unleash an army of tax collectors, attempt to arrest the former president and punish all political dissent with censorship and media demonization, they might as well go the full way.

Will this work? I’m no longer willing to offer a prediction either way. Dictatorship in history is far more politically popular and effective than anyone likes to admit. We can only await the polls, provided we can trust them. At this point, we might find that people are afraid to tell pollsters their true views. This is what happens at a time of growing state power.

By this winter, layoffs will increase and a new Republican Congress will be frantically and wildly fighting with a hateful White House and administrative state. There will be no progress toward fixing anything for another two years.

Meanwhile, the demographic problems we face today are truly grim, and potentially more devastating than the economic ones.

Take care my friends: There is never a case for despair, only ever more reasons to reach deep and find a source of hope from within.