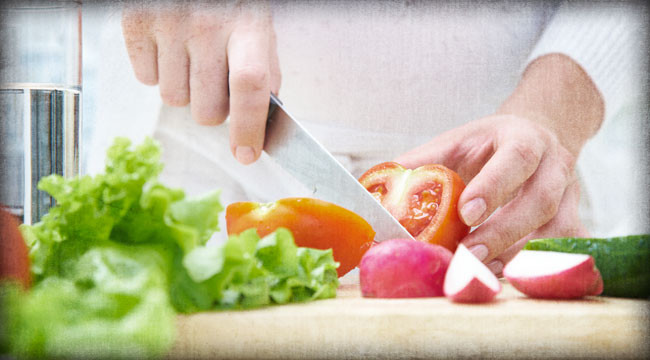 Last week, I was in Manhattan for the Value Investing Congress. (I’ll have more on the idea-packed two-day conference another time.) And on Wednesday morning, I stopped in at Fox studios to talk about what the Fed was going to do at 2 o’clock.

What happened at 2 o’clock turned out to be a surprise to nearly everyone. It was also another absurd moment in what is becoming an increasingly dysfunctional and silly market. The whole thing has taken on the feel of a farce.

To review: Everyone expected the Fed to begin to “taper” its $85 billion monthly bond buying stimulus program. The original idea for the dumb money-printing experiment was to boost the economy. I love the chart put out by Zero Hedge on Wednesday, which showed the growth in the Fed’s balance sheet compared with job growth. (As the Fed prints money, its balance sheet grows.) Take a look: 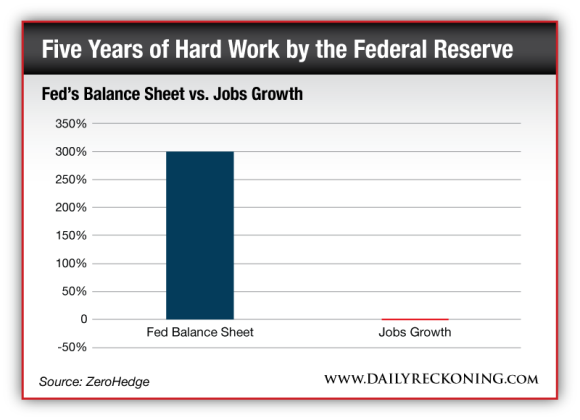 We can add to this that the median household income in the U.S. has also gone nowhere. The Fed’s program has been an expensive failure. The only thing it’s done is set off another asset bubble, which we will pay for later. Yet there are still plenty of apologists for it.

Anyway, the Fed started the taper talk back in May. The market was expecting a $10-15 billion pullback. Instead, as you now know, the Fed surprised everyone. No taper!

The market rallied immediately. Just about everything went up. Stocks hit a new all-time high. Homebuilders had their biggest one-day jump since June of last year. Gold had its best day since January 2009. The only things that dropped, it seemed, were the U.S. dollar and interest rates.

This has to be one of the most transparently fake rallies of all time. It shows how corrupted and unreal the whole market process has become.

Notice what we’re not focusing on. Stocks went up not because of great earnings or dividends or any fundamental reason. They went up because the Fed said it would continue to print a bunch of money.

So far, our cautious approach this year has been completely wrong. It would have been better if we just bought whatever junk looked decent and had a tradable ticker.

But the game is not over yet…

For example, it was nearly impossible to get a hotel on Tuesday night in Manhattan. I had originally planned to come back home on Tuesday, but Fox invited me to appear on TV Wednesday morning. I decided to do that, but had to add a night’s stay.

Turns out there was some United Nations event starting on Wednesday. A sea of delegates and other parasites descended on Manhattan, soaking up hotel rooms and jacking up the price for everything. I finally found a room at Le Parker Meridien on Hotels.com and paid over $600 for one night!

It was a great room and a nice hotel, but clearly a product of a temporary surge of buying. See where I’m going with this as it relates to the Fed? 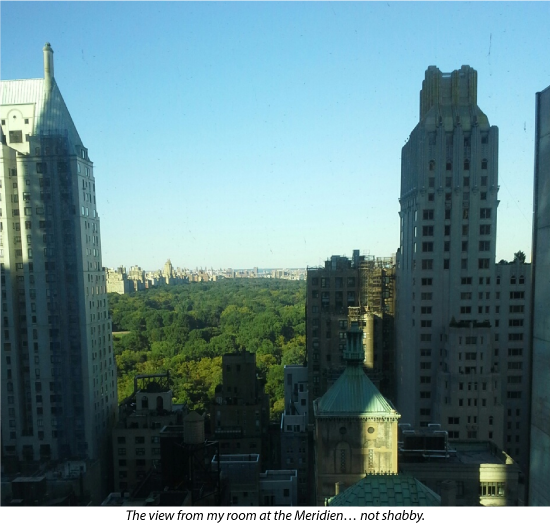 At some point, the Fed will have to taper. And when it does, the Fed-suppressed interest rates will go higher. The stock market, propped up by low rates, ought to come down.

Besides that, the market itself is bereft of bargains.

In my talk at the Value Investing Congress last Tuesday, I opened with a couple of anecdotes.

First, I pointed out that Baupost Group, led by super-investor Seth Klarman, will give money back to clients at the end of the year for only the second time in its 31-year history. The reason is simple: lack of opportunities.

And the DR PRO’s Ryan O’Connor, who is a member of the highly respected Value Investors Club, sent an email to me pointing out that the club’s bargain meter is at an all-time low, with 70% of club members saying bargains are “few.” The other options are “average” (29%) and “many” (2%).

There is also still the matter of another looming fiscal cliff…

As economist John Williams pointed out in a ShadowStats note last week, these issues have been napping for two years and “are about to explode.”

“Washington is within weeks of having to deal with all the unresolved fiscal and debt-ceiling issues that have been pushed repeatedly into the future. Whatever actions are taken — even attempts at further delayed action — should have negative impact on the dollar. There is no chance of action that would resolve the fiscal crisis.”

Having said that, there are always things to do. The Value Investing Congress was evidence of that as speakers turned up several good ideas. And our Capital & Crisis portfolio still has several attractive “CODE”-meeting names. There are just fewer of them as markets climb on Fed-inspired jet fuel.

I was in a cab inching its way down the canyons of Manhattan and kept thinking what ugliness might lie ahead in the market. The glitz and lights of Manhattan under an ominous gray sky served as a good metaphor for the contrasts in the market as well — all rallies and record highs, yet I don’t like the look of that stormy sky overhead… 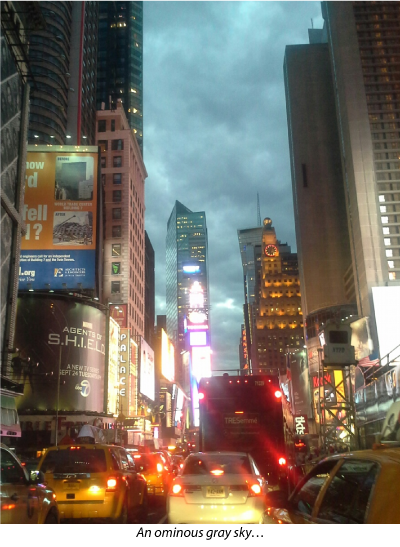 So I plan to stick with a careful and cautious approach.

P.S. Even though I’m cautious, that doesn’t mean I’m staying out of the market altogether. Quite the opposite in fact. There are still plenty of sound investments out there, you just have to be judicious in selecting them. As I said above, my Capital & Crisis portfolio still has several names I’m confident in. And readers of The Daily Reckoning email recently had the chance to discover that for themselves. If you’re not a Daily Reckoning email reader, you’re missing out on the whole story… and all the opportunities at actionable advice that come with it. Sign up for FREE, right here, and start getting the full story.