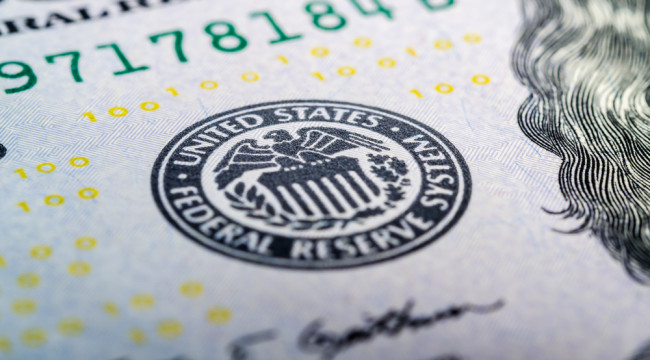 Listening to even a small portion of Simple Janet’s incoherent babble makes very clear that the nation’s central bank is well and truly impaled on its own petard. According to the dictionary, the latter term refers to…..

…….. a small bomb used for blowing up gates and walls when breaching fortifications. It is of French origin and dates back to the 16th century. A typical petard was a conical or rectangular metal device containing 2–3 kg (5 or 6 pounds) of gunpowder, with a slow match for a fuse.

Maybe that’s what they have been doing all along—–that is, waiting for their slow match monetary fuse to finally ignite the next financial conflagration.

After all, the Fed is now 87 months into its grand experiment with the lunacy of zero interest rates. If our monetary central planners still can’t see their way clear to more than 38 bps of normalization, then, apparently, they intend to keep the casino gamblers in free carry trade money until they finally blow themselves up——just like they have already done twice this century.

In fact, by Yellen’s own bumbling admission the inhabitants of the Keynesian puzzle palace—-into which the Eccles Building has long since morphed—–can’t see their way to much of anything. They couldn’t even decide if the risks to the outlook are balanced to the upside or downside. And that roundhouse kind of judgment isn’t even remotely measureable or exacting; it requires nothing more than a binary grunt.

As a practical matter, the joint has lapsed into a state of mental entropy——apparently under the risible assumption that they have abolished the business cycle and have limitless time to normalize. Yet we are already at month 81 of this so-called expansion, and the signs of approaching recession are cropping up daily.

This week, for example, we got another month of declining industrial production, which is now down nearly 2% from its recent peak and falling business sales, which are 5.1% lower than they were in mid-2014.

Somehow Yellen deduced from the chart below that the US economy has been “very resilient in recent months”. Since the commerce department’s report on total business sales includes manufacturing, wholesale and retail, and despite the current slump still clocked in at a $15.5 trillion annualized run rate in January, it might be wondered just exactly what hidden crevice of the US economy is exhibiting all that “resilience”.

At the same time, CapEx orders are down by 7% from September 2014 levels and the inventory to sales ratio is at its highest level since April 2009.

The Fed has never seen a recession coming, of course. It apparently doesn’t even believe that business cycles die of old age, too much credit expansion and malinvestment or even of its own inept handiwork. The cause is always an “external shock” or even an extraterrestrial “contagion”, as per Bernanke’s specious history of the September 2008 market meltdown.

Still, you might think that a posse of economists, which purportedly is laser-focussed on the “incoming” data, might have noticed the deteriorating trends so starkly evident in the chart below. Why do they think all of this is just “transient” and that they have until 2018 by their own latest “dot plot” to get money market rates out of what will have been a decade long sojourn in negative real rate land? 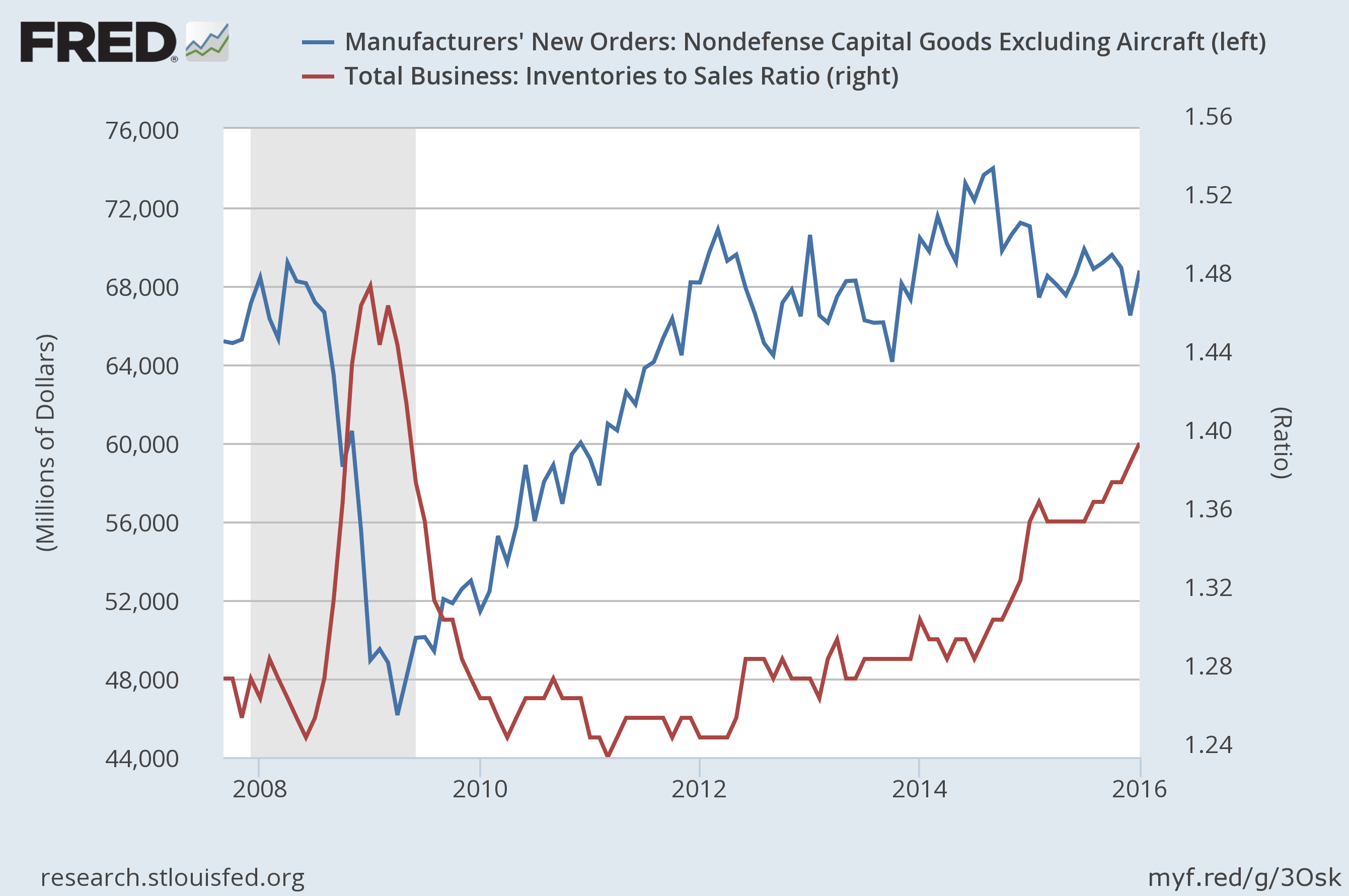 In other words, if a recession has not already commenced, they are using up the recovery phase runaway real fast. But never mind the very real risk that the entire global economy is sliding into a deflationary contraction, and that normalization would then be put off indefinitely.

By her own assertion Yellen espies no such danger, and even asserted during the presser that there are “upside risks to global growth”.

Let’s see. In the most recent months, the three bellwether economies of Asia reported plunging exports. Japan was down 13% from last year, South Korea was off by 20% and China’s exports tumbled by 25%.

Beyond that, there is a veritable CapEx depression underway throughout the global energy, mining, shipbuilding, steel, aluminum and most other heavy industrial sectors; China is drifting ever closer to a spectacular credit collapse and violent labor unrest; and its satellite economies like Brazil are rapidly becoming economic basket cases.

Yet Simple Janet could not explain why the Fed has lapsed again to a “hold” position or when global economic conditions would actually permit it to resume its path toward normalization.

The unstated effect of the Fed’s perpetual “hold” policy, therefore, would seem to be free gambling chips for the Wall Street casino, world without end.

And we do know how that ends.

We also now have an absolutely clear idea of why the Fed is impaled on its own petard. Yellen explained to her ever credulous audience of financial journalists that all of its shilly-shallying is due to the fact that the “neutral value” of federal funds is currently very “low” by historic standards, and that, accordingly, an exceptional degree of “accommodation” is warranted.

Here’s a newsflash for the passel of shills who attended the post-meeting press conference.

First, as a technical matter there is no Federal funds market. It has been killed deader-than-a-doornail by the Fed’s massive money printing campaign since September 2009. The resulting $2.4 trillion of excess bank reserves parked at the New York Fed simply suffocated the Federal funds market in its crib.

More broadly, there ain’t no such thing as the “neutral value” for federal funds or any of the related money market instruments. It’s an entirely imaginary construct conjured up by Keynesian academic scribblers, and ultimately rests on purely religious belief.

The only valid price of money is that set by the interaction of supply and demand in an honest free market. But that was quashed decades ago when Greenspan inaugurated the present regime of bubble finance.

What we have in this age of monetary central planning, instead, is pegged ratesarising from abstract theory and the blundering pretensions of the bubble-blind apparatchiks ensconced on the FOMC.

At the end of the day, pegged rates will prove to be the ultimate destroyer of capitalism. They transform financial markets from organizers and allocators of real capital and the savings of producers and workers into gambling casinos which fuel massive speculative bubbles.

Until the blow. Someone should tell Janet to let go of the petard.