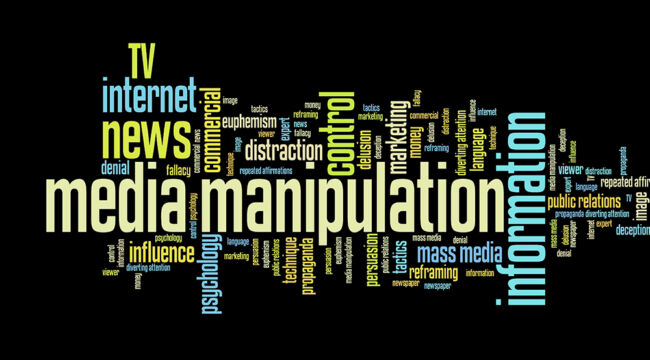 The Fed’s Critical Leak to the Mainstream Press

The Fed will raise interest rates 0.75% at the end of its next FOMC policy meeting on Nov. 2.

That’s not an official announcement, but it might as well be because it came from the Fed’s unofficial official source. If that sounds confusing, please allow us to explain…

The Fed never announces its rate policy decisions in advance. These are announced in the form of a press release and statement distributed at precisely 2:00 p.m. ET on the second day of each Federal Open Market Committee (FOMC) meeting.

This will be followed by a press conference with Fed Chair Jay Powell who will explain the policy change and answer reporters’ questions. On the other hand, this is the “no drama” Fed.

They want to avoid shocks to the market. They want to avoid surprises. So they have to find a way to let the world know what they are going to do in advance of the formal announcement so that stock and bond markets can adjust smoothly to the new rate policy.

How do they accomplish that?

They do it by leaks to the media. But not just any media. The Fed settles on a chosen reporter who then becomes the unofficial channel for the official leak. This reporter changes from time to time.

Formerly it was a guy named Greg Ip. Today the chosen one is Nick Timiraos of The Wall Street Journal.

Timiraos is reporting that “Federal Reserve officials are barreling toward another interest rate rise of 0.75 percentage points at the meeting Nov. 1⁠–2 and are likely to debate then whether and how to signal plans to approve a smaller increase in December.”

This reporting is doubly informative. Not only do we learn that the Fed will raise rates by 0.75% on Nov. 2, but we receive a strong indication that the rate hike at the following meeting on Dec. 14 will be 0.50%.

That would put the fed funds target rate at 4.50% by year-end, which is what Powell indicated at his Sept. 21 press conference.

Of course, any reporter can speculate on what the Fed will do and use whatever sourcing they chose. But there’s only one definitive conduit for leaks at a time. To see what the Fed is doing in advance you only have to know the chosen reporter (Nick Timiraos) and believe what he says.

That’s because it’s actually coming from the Fed.

Besides that, there’s other solid reporting about Fed activity coming from a number of outlets including The New York Times. The Times’ Jeanna Smialek reports that “Investors have entirely priced in a fourth consecutive three-quarter-point move at the Fed’s Nov. 1-2 meeting, and officials have made no effort to change that expectation.”

That’s not as definitive as the Nick Timiraos report in The Wall Street Journal but it’s strongly worded and sends the same message. But Smialek goes further and offers a good analysis of what comes next at the Fed meetings on Dec. 13⁠–14, 2022, and its early calendar for 2023 including meetings on Feb. 1 and March 22, 2023.

The reasons offered for this forecast include the persistence of inflation through September 2022 despite five rate hikes from March to September.

Fed Chair Jay Powell made it clear both in his Aug. 26, 2022, remarks in Jackson Hole, Wyoming, and again at his Washington, D.C., press conference on Sept. 21 that fighting inflation is Job 1 and the Fed will tolerate both higher unemployment and a recession to achieve that goal.

There’s little doubt that the Fed can crush inflation given enough time. The difficulty is that the cost will be high in terms of lost growth, lost income, business failures and much higher unemployment. The Fed could probably stop monetary tightening today and inflation would come down because growth is already slowing around the world.

But the Fed needs to see headline inflation come down both for political and policy reasons before they stop tightening. That’s a recipe for over-tightening since the drop in inflation lags the monetary tightening. It wouldn’t be the Fed’s first blunder (there are many) and it won’t be the last.

That likelihood becomes more apparent based on Smialek’s reporting.

I’ll tell you who isn’t happy about current Fed policy — the Biden administration and Democrats who are up for reelection in two weeks.

The Fed’s “Independence” From Politics

First off, the Fed likes to make a big deal about how it’s “independent” of political influence. But nothing could be further from the truth.

In reality, the Fed is a highly political institution. It’s just that they do a better job of hiding their politics than most inside-the-Beltway organizations. The Fed can support or frustrate White House policies by easing or restricting monetary policy to counteract the effects of tax cuts, increased spending or budget belt-tightening.

Fed chairman Arthur Burns accommodated Nixon’s “request” in the early 1970s to ease monetary policy ahead of the 1972 presidential election.

A German reporter supposedly asked Burns why he did it. Burns replied that a Fed chairman has to do what the president wants or else “the central bank would lose its independence.”

Can you imagine a more ridiculous answer?

Make Sure Trump Doesn’t Get Reelected!

Dudley is the former president of the highly influential New York Fed, so it wasn’t just some crank saying this.

Dudley said the outcome of the election was “within the Fed’s purview” because a second Trump term threatened the global economy as well as the Fed’s political independence (hah!).

The pandemic came along later, so the Fed was forced to ease policy. But the point is the Fed is hardly independent of politics.

What does it mean that the Fed has been continuing to aggressively raise rates ahead of the midterm elections?

The Fed Abandons Politics — for Now

Well, it’s certainly not because the Fed is looking to help get Republicans elected. For every Republican economist the Fed has, it has at least 10 Democrats.

And within the Fed’s Board of Governors, the ratio of Democrat economists to Republican economists is 48 to 1. So you can rule politics out.

The reason the Fed’s been aggressively tightening ahead of the midterm elections is because the Fed is deeply concerned about inflation and is willing to put politics aside in order to get inflation under control — for now at least.

The Fed’s strategic leaks to the media are proof of it. If the Fed can wipe out inflation by the 2024 election, it’ll insert itself into politics again.