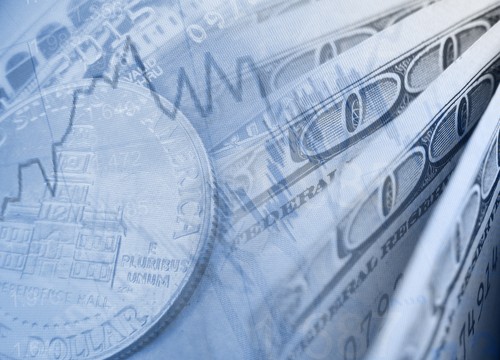 The Fed's Attack on the Elderly

The Federal Reserve is, of course, a bank. So after it has a meeting, it issues a statement outlining the discussion — a “bank statement.” Hmm… Now that I think about it, that must be where the acronym “BS” comes from.

I pride myself on explaining complex financial situations in everyday language. However, when it comes to the Federal Reserve, I readily admit that I am sometimes befuddled. I used to watch Alan Greenspan testify before Congress when he was Chairman of the Fed, and I often ended up asking myself, “What did he just say?” The Fed’s code and doublespeak is Greek to me, as it is to most folks.

But I do know this: The carefully crafted reports and publications are designed to send messages and move markets in the direction the Fed wants. After the minutes of a recent Fed meeting prompted the Bloomberg headline “Fed Signals Possible Slowing of QE Amid Debate Over Risks,” it should come as no surprise that the dollar strengthened and gold and silver tanked. The Fed’s message certainly had its desired effect!

Our colleague Vedran Vuk already decoded the message in a recent Casey Daily Dispatch, so we know there may not be a reason to celebrate a return of the dollar’s strength quite yet.

Let’s take a quick look at what Vedran had to say, and then consider what it means for seniors and savers. Quoting directly from the minutes of the Fed’s meeting:

“In 2014 and 2015, real GDP was projected to accelerate gradually, supported by an eventual lessening of fiscal policy restraint, increases in consumer and business sentiment, further improvements in credit availability and financial conditions, and accommodative monetary policy.”

In his usual fashion, Vedran cuts through the BS:

“Umm… wait; what ‘eventual lessening of fiscal policy restraint’? Essentially, the Fed is saying that as economic conditions improve, the American voter will stop complaining, and the government can finally get back to spending wheelbarrows of money. It’s scary to think that these additional government spending plans are already reflected in the Fed’s GDP projections…”

Now let’s get this straight: The government will continue to devalue the dollar, keep interest rates artificially low, spend at rates that would put Caligula to shame, and simply hope that US citizens and the G20 nations don’t get angry about it. And in the meantime, the Russians and Chinese are taking their new high-value dollars and buying gold hand over fist. Great plan!

Let’s take another look at an excerpt on risk from the minutes:

“In general, after having been depressed for some time, investor appetite for risk had increased. A few participants commented that the Committee’s accommodative policies were intended in part to promote a more balanced approach to risk-taking, but several others expressed concern about the potential for excessive risk-taking and adverse consequences for financial stability.”

I’ll let Vedran tell us what in the heck that means:

“So what does ‘excessive risk-taking and adverse consequences for financial stability’ mean? The next sentence on long-term interest rates offers a clue. Participants warn of a ‘potential for a sharp increase in longer-term rates.’ Sure, a sharp upward turn in rates would hurt just about everything, including the stock market, but the sectors that will get hurt the most are real estate and bonds.”

Hang on a minute here. Back in 2007, we had nice, juicy 6% CD rates. My portfolio earned interest income equal to five times the amount of my Social Security check. Moreover, my money was at very little risk since CDs are FDIC insured. Today, if I were foolish enough to invest in CDs, my interest income would equal half of my Social Security check.

While I agree that a sharp increase in interest rates could be a problem, I sure wouldn’t mind seeing them go up slowly. It would be nice to have interest rates three times higher than the rate of inflation — like they used to be. Now, I know we older folks are told we have to make sacrifices, but this is ridiculous.

Retirees are being attacked on three fronts: higher inflation, higher taxes, and lower yields, and I’m fed up.

We recently conducted a survey on inflation and price increases with our friends at Casey Daily Dispatch. Regular readers already know that the Money Forever Reader Poll Inflation Rate is 8%. We covered this in a couple articles in March and provided a breakdown of where all readers see inflation; for now, note that if a retiree wants to earn 4% on his portfolio to supplement his Social Security income and 8% to keep up with inflation while holding 30% of his portfolio in cash (as we recommend), he must earn 17.1% on the other 70% of his portfolio. That’s no small order.

So it turns out that the “excessive risk” has been transferred to seniors. To earn a 17.1% return, we have to take far more risks than we’d like. Instead of investing in safe instruments like CDs or long-term Treasuries that once offered good interest rates, we have to seek out riskier investments to make ends meet. Seniors can’t risk a big blow to their portfolios, but ultra-conservative investing is no longer an option.

This is one of the reasons many seniors are turning to junk bonds. There was a time when retirees wouldn’t touch a junk bond with a ten-foot pole, but now many feel forced into them. Too many seniors live in fear as they tap into their principal and drain their life savings. Others are cutting back on expenses and returning to work, often at far less glamorous jobs than they once had. It is not a pretty picture.

And yes, I find it maddening that “too big to fail” banks are once again paying out large bonuses to their executives at our expense. Goldman Sachs reinstated its annual Partners Dinner in New York City last Friday; while I’m not one to boo-hoo a good party, a blowout, black-tie gala sure seems in poor taste. I suspect the partygoers slept a lot better in their Champagne-induced comas than many baby boomers and retirees did that night. I can only imagine what that little affair cost.

The excessive risks banks took during the real estate boom have been successfully transferred onto the backs of the taxpayers, seniors, and savers. Each month the Federal Reserve meets and issues a BS report. They word it to fool the public, but thanks to Vedran we can decode their BS. I won’t be fooled, and I refuse to let our readers be fooled either.

Dennis Miller
for The Daily Reckoning