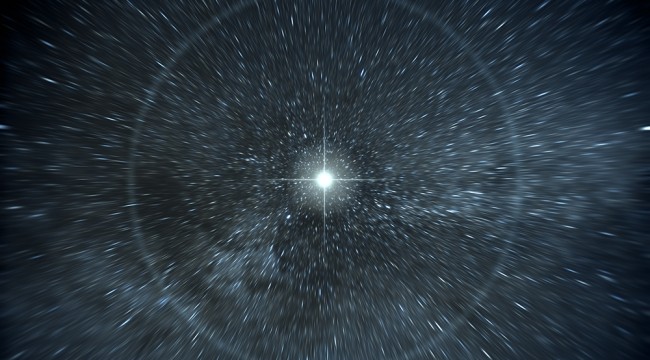 Nihilo ex nihilo fit. Out of nothing, nothing comes. First put forward by ancient Greek philosopher Parmenides in the fifth century B.C., Thomas Aquinas and St. Augustine later used this axiom to prove that the universe needed a “first mover” to get things going.

Even if the whole thing began with some kind of “Big Bang” moment, it still needed a banger to bang it.

Who? God, of course.

We don’t know. But our jaw dropped when we saw how the bangers over at the Federal Reserve have helped add $20 trillion in U.S. household wealth since 2009 — setting yet another new record. The Wall Street Journal reports:

“American’s wealth hit the highest level ever last year, according to data released Thursday, reflecting a surge in the value of stocks and homes that has boosted the most affluent U.S. households.”

Yet… what kind of wealth comes from nothing? Is it solid and real, like the earth, the moon and the stars? Or is it something else?

It is clearly something else. But what?

Let’s begin by looking at where all that new wealth comes from. Not from the hand of the Almighty, of course…

We are led to believe that the Fed’s policies are designed to produce a general prosperity; the Fed keeps rates near zero so the entire economy benefits.

But it isn’t true. Only some prosper. Even the headline in the WSJ says so: “U.S. Wealth Rises, But Not All Benefit.”

The Fed’s activist policies distort and corrupt the economy. First, prices are bent. Then, taking their cues from bad prices, bad decisions are made. Before you know it, everything is twisted in one direction or another.

The Fed is largely to blame for the dinosaur houses we see all over the U.S. Low rates and rising prices tricked Americans into believing that the more house you had the more money you would make.

We didn’t mention it before, but factories in China can also trace their genesis to the Fed’s low-down interest-rate policy. Americans were lured to borrow and spend; Chinese manufacturers benefited.

We quote from the book Paper Money Collapse: The Folly of Elastic Money and the Coming Monetary Breakdown. The author, Austrian School economist and former Wall Streeter Detlev Schlichter, was kind enough to send us a copy. Says Schlichter,

“[The financial authorities] can never enhance all economic activity evenly or ‘stimulate’ the economy in some all-encompassing, general way. Every injection of new money must lead to changes in resource used, to a redirection of economic activity from some areas to others, and change income and wealth distribution. Inflows of new money inevitably change the economy and must create winners and losers.”

That $20 trillion in new wealth I alluded to earlier is in the hands of America’s winners. It added little to U.S. GDP… or to Americans’ incomes. It was merely a transfer of wealth. Owners of stocks and houses got richer. Wage earners and savers got poorer.

We have some advice for those on the receiving end of the stock market bonanza: Take your money off the table before it disappears.

After all, it is only a claim on wealth, not wealth itself. And that claim will expire worthless when the Fed changes its policies. The Fed giveth, and the Fed taketh away.

Either the Fed will taper… ending the bonanza. Or it will lose control of interest rates. And when they rise, all the broken records we have been citing become like broken bottles in a street fight. Somebody is gonna get hurt.

For the moment, the 12 members of the policy-setting Federal Open Market Committee are more powerful than God. Since the beginning of the universe, it took about 13,798,000,000 years for the market value of all the world’s assets to reach $20 trillion. The Fed’s “Big Bang” accomplished the same trick in only six years — start to finish.

That does it for us. No more worshipping a guy who has been dead for 2,000 years… or his dad, for that matter. In this Lenten season, we bow to no man. But for the lady who runs the Fed, the entire economy bends in whatever direction She commands.

Ed. Note: People who think pumping that much money into the economy won’t have any negative consequences probably aren’t taking the necessary precautions. Which means that when the whole house of cards comes crashing down, they’re going to be the ones stuck waiting for the next government bailout. That’s why today’s issue of Laissez Faire Today gave readers one final thought from Bill, which showed them how to live freely and financially secure, no matter what idiotic thing the Fed does next. Sign up for the FREE Laissez Faire Today email edition, right here, and never miss another great opportunity like this.

The current global currency war started in 2010. Our own Jim Rickards published his book, Currency Wars, soon after that. One of the points that he made in the book is that the world is not always in a currency war. But when we are, they can last for a very long time. They can last for 5, 10, or 15 years, sometimes longer. Read on to learn the latest battle phase of the current currency war…