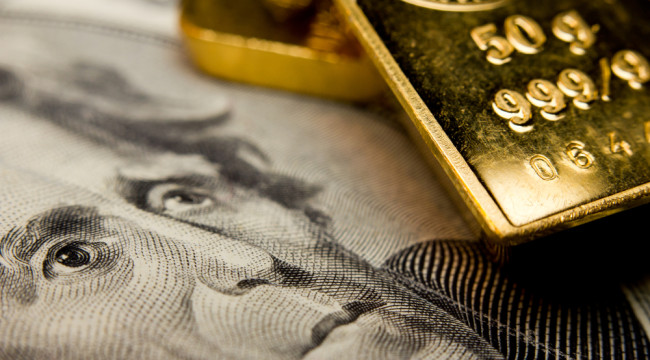 The Fed Will Not Kill Gold

The September jobs report, which was released in early October, was so universally dismal that it managed to convince the majority of investors the Federal Reserve would not raise interest rates in 2015.

Since it is widely believed that gold rallies when interest rates stay below the rate of inflation, it is not surprising that in the two weeks following the release of the report, gold rallied from a multi-year low of $1,113 on Sept. 30 to $1,184 on Oct. 14, a gain of 6.4 percent. But the sentiment didn’t last. A number of pro-rate hike statements from Fed officials, a supposedly hawkish statement from the Fed’s October meeting, and a better-than-expected October jobs report released in early November, convinced the vast majority of investors and economists that a December rate hike was firmly back in play. This sent gold right back down, hitting a multi-year low of $1,075, a decline of over 9 percent in just two weeks. 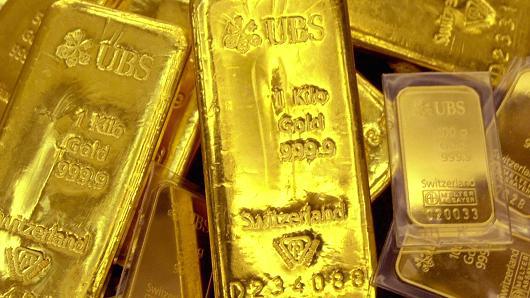 The tragic terrorist attack on Paris spurred a rush of gold buying on Monday morning, showing that investors still quickly turn to gold during times of uncertainty. Yet this wasn’t enough to push the price back over $1,200, and the market remains pessimistic about gold’s prospects. Many are now saying that a 25 basis-point hike in December would be the final nail in gold’s coffin, sending the metal down to who knows where.

However, there is very little reason to believe that gold will fall much further than where it is now, even if the Fed does hike rates in December. There is a powerful case to be made that the last couple of months may have formed a double bottom in gold that provides a very good entry point for long-term investors.

The Fed either raises rates by 25 basis points in December, or it doesn’t. Both scenarios are actually bullish for gold.

Doing nothing is good for gold for obvious reasons. If the Fed fails to raise, after having allowed the markets to take firm hold of the belief that it would, then the Fed would lose all credibility. Investors would rightly conclude that the Fed was bluffing all along, and that we are stuck at zero for the foreseeable future. This would surely ignite a gold rally for the ages.

But if they actually do pull the trigger, many are assuming gold will keep falling. This ignores the fact that investors have been expecting a rate hike for quite some time, and that gold has already fallen 40 percent in anticipation of that hike. The gold market has already discounted the rate increase, likely factoring in substantially more than 25 basis points. I believe that several hundred basis points of tightening may already be baked into the current price of gold. But a 25 basis-point increase is all that we are likely to see from the Fed for quite some time.

Given the undeniably dovish overtones of many Fed statements, the fragility of the economy and the markets, and the upcoming presidential elections, a December rate increase will likely be accompanied by an extremely dovish statement to take the sting out of the move. The Fed is likely to promise extreme caution and deliberation concerning future hikes. In fact, we are likely to get language that suggests a “one and done” reality. Since so many people have been selling for so long, anticipating the first rate hike in 10 years, this could cause a “buy the rumor sell the fact reaction” that sends gold up rather than down.

Any upward move in rates would bring us closer to the end of the current expansion, which is the weakest post-war recovery on record, and bring us closer to a fresh easing cycle, which would be extremely bullish for gold. Since markets tend to be forward looking, the first rate hike may actually cause traders to start pricing in the first rate cut.

The dollar itself has rallied almost continually since the markets concluded the Fed was leaning towards a tightening cycle. It’s arguable that most of the upward move in the dollar has already occurred. Since the rising dollar is one of the main reasons gold is down, perhaps a 25 basis point rate hike is not as big of an event as we have been led to believe.

But for those who really believe that the Fed will take the unlikely path of serially raising rates into a weakening economy during an election year, it would be instructive to look at the performance of gold the last time the Fed raised rates. Beginning in June 2004, Alan Greenspan raised rates by 25 basis points for 17 consecutive meetings. During that entire two-year period, gold rose almost continuously, rising 62 percent (from $390 to $630) by the time the Fed stopped tightening. So it’s a myth that higher interest rates are automatically bearish for gold.

To make a real impact on gold, we would need positive real interest rates, which would be rates higher than the rate of inflation. That is not going to happen anytime soon, as the US economy is too highly indebted to afford rush rates. So the environment for gold should remain positive for quite some time.

Based on the way that gold took off during the brief window in October when the markets did not expect a near term rate increase, gold could once again take off if markets believe that 25 basis points are all we are going to get. Of course, the scenario is even better for gold if Janet Yellen does another Lucy Van Pelt, and once again yanks the football away from Charlie Brown just as he is about to kick it. If those buying the rumor never actually have the opportunity to sell the fact, the selloff will be that much more intense when the rumor is proven false.

So the retreat of gold to the sub $1,100 range is really an unexpected gift for those who may have missed out on the entry level six weeks ago.