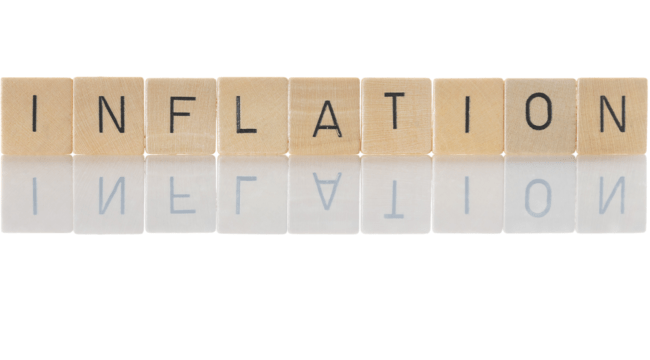 The Fed says that “price stability” is part of their dual mandate and they are committed to maintaining the purchasing power of the dollar. But the Fed has a funny definition of price stability.

A dollar five years from now should have the same purchasing power as a dollar today. Of course, this purchasing power would be “on average,” since some items are always going up or down in price for reasons that have nothing to do with the Fed.

And how you construct the price index matters also. It’s an inexact science, but zero inflation seems like the right target.

Inflation of 2% cuts the purchasing power of a dollar in half in 35 years and in half again in another 35 years. That means in an average lifetime of 70 years, 2% will cause the dollar to 75% of its purchasing power!

Just 3% inflation will cut the purchasing power of a dollar by almost 90% in the same average lifetime.

But for the Fed, there’s a problem:

The “inflation” is not in consumer prices; it’s in asset prices. The printed money has to go somewhere. Instead of chasing goods, investors have been chasing yield.

Inflation would help diminish the real value of the debt, but central banks have obviously proved impotent at generating inflation. Now central banks face the new depression and more deflation with few policy options to fight it.

So the Fed is reaching deeper into its bag of tricks to get the inflation they desperately need.

The Fed recently announced that it will target average inflation of 2%. This means that if inflation is under 2% for a sustained period (as it has been), then inflation can run above 2% so that the average of the over and under periods will come close to the target.

There are numerous flaws in this approach which the Fed does not understand. The first problem is that if the Fed cannot achieve 2% inflation, why on earth do they believe they can achieve 2.5% inflation to hit the average of 2%?

Clearly the Fed does not know how to cause inflation. Just saying they have a higher target does nothing actually to hit the target.

It has been clear for decades that the Fed has no idea what it is doing when it comes to monetary policy. This new policy just makes their confusion even more obvious.

But the Fed should be careful what it asks for. We’re facing deflation now, but all this money creation will lead to inflation at some point if expectations change.

Once inflation expectations develop, they can take on lives of their own. Once they take root, inflation will likely strike with a vengeance. Double-digit inflation could quickly follow.

Double-digit inflation is a non-linear development. What I mean by that is, inflation doesn’t go simply from two percent, three percent, four, five, six.

What happens is it’s really hard to get it from two to three, which is ultimately what the Fed wants. But it can jump rapidly from there.

We could see a struggle to get from two to three percent, but then a quick bounce to six, and then a jump to nine or ten percent.

The bottom line is, inflation can spin out of control very quickly.

So the Fed is playing with fire if it thinks it can overshoot its inflation targets without consequences.

But the Fed can actually cause serious inflation in about 15 minutes if it really wanted to.