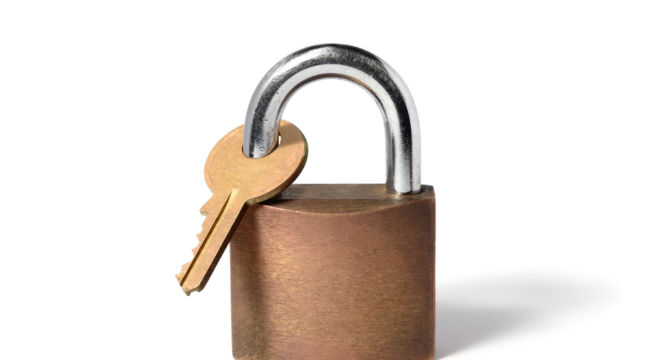 In the wake of recent stock market volatility and uncertainty surrounding the trade war and monetary policy, concerns are only increasing.

There is growing consensus that the makings of a financial crisis of some sort is building — and could drop sooner rather than later. While there is speculation over whether it will be as big as the last one, and whether it will come in waves or one main event, the widespread belief is that something is wrong.

I sensed that from the Federal Reserve itself when I met with them earlier this year. What I learned is that some of the biggest playmakers in finance don’t want to disclose the true nature of their positions and money-making schemes. This confirmed my own experiences as a former investment banker.

The truth is that the leaders at the Fed have a firmer understanding of what’s really going on in the economy than they allude to publicly. Even though the Fed has been able to avoid another financial crisis the last decade, with quantitative easing (QE) policy — or what I call dark money — their “toolkit” might not render us “safe enough” going forward. They need to grapple with this reality.

You see, the Fed manufacturers dark money that the markets have come to rely on. Through QE the central bank accumulated a balance sheet that hit a high of $4.5 trillion of assets at its peak.

Parts of the yield curve have inverted within the past months, which is a sign of trouble. That doesn’t mean you can expect an imminent recession. The yield curve can sometimes stay inverted for up to two years before the economy suffers a recession.

Of course, it can also happen much sooner. No one can really say when it will happen, just that an inverted yield curve is a strong recession indicator.

And despite the Fed’s quantitative tightening (QT) that it ran until recently, the Fed’s book of assets hasn’t been reduced all that much — to about $3.8 trillion — which is still historically large.

(QT was supposed to run through September but at its July meeting the Fed announced it was ending immediately).

The problem is, during the next recession or financial crisis, the Fed won’t be able to dramatically expand its balance sheet like it did after 2008. Before the crisis, the balance sheet had about $800 billion in assets. And again, it exploded to about $4.5 trillion before QT brought it down to about $3.8 trillion today.

The Fed would risk a serious loss of confidence in the dollar if it tried QE on a similar scale next time. No one can say what the exact limit is, but the Fed doesn’t want to find out the hard way.

So the Fed is currently in a catch-22.

U.S. GDP is still growing, although the pace is slowing. But it could all come unglued next year. A previous article by economists Nouriel Roubini and Brunello Rosa lists ten reasons why 2020 could be the year of the next financial crisis. They range from the economic to the geopolitical triggers. The main four reasons are:

When you add the debt of smaller firms and other businesses not listed on the stock exchanges, you’re looking at another $5.5 trillion or so. When you add it all up, that means, total corporate debt is about $15.5 trillion, or nearly 75% of GDP.

So the financial system is more highly levered today than it was prior to the last financial crisis.

In its 2019 Financial Stability Report, the Fed stressed that “the debt loads of businesses are historically high.” And Fed Governor Lael Brainard said the levels of corporate debt stand out.

Two years ago she said that she didn’t think there would be another financial crisis in her lifetime, attributing this to banking reforms made since the 2008 financial crisis.

But last year she told the New York Times that, “Corporate indebtedness is now quite high and I think it’s a danger that if there’s something else that causes a downturn, that high levels of corporate leverage could prolong the downturn and lead to lots of bankruptcies in the non-financial corporate sector.”

She noted that CLOs could be a real problem, as I’ve been warning for over a year. CLOs, or collateralized loan obligations, are a Wall Street product stuffed with corporate loans. If that sounds familiar to you, there’s a reason. Wall Street is doing exactly what they did with mortgage loans before the 2008 financial crisis, but with corporate ones.

Just because she’s no longer running the Fed doesn’t mean she has no contact with Jerome Powell, who was her number two. The people and connections within central banks and Wall Street are always in play.

If the corporate debt bomb detonates, it could make 2008 look like child’s play. And the Fed doesn’t have nearly the amount of “dry powder” it had to fight the last crisis.

But if it keeps cutting rates and possibly returns to QE, it risks eventually inflating the “everything bubble” to extreme levels, which would lead to an even bigger collapse down the road.