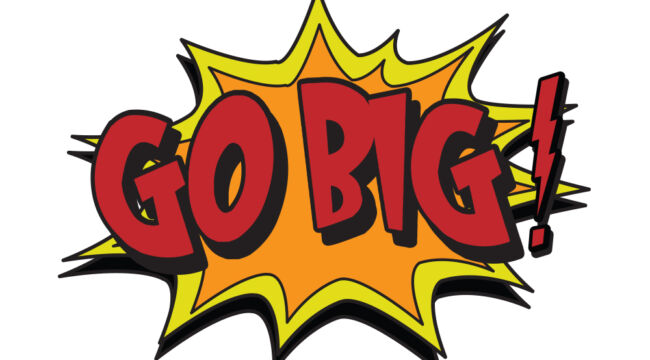 Yet the monetary authority alighted upon the more aggressive 75 — its boldest increase since 1994.

That is far beneath the 8.6% consumer price inflation currently going. And the Federal Reserve itself anticipates heavier action to come. Reports CNBC:

According to the “dot plot” of individual members’ expectations, the Fed’s benchmark rate will end the year at 3.4%, an upward revision of 1.5 percentage points from the March estimate. The committee then sees the rate rising to 3.8% in 2023, a full percentage point ramp higher.

Just so. And the Federal Reserve honked today that it is “strongly committed to returning inflation to its 2% objective.”

Unless today’s inflationary fever breaks by 2023, even a 3.8% rate might not lower the mercury much.

And it is far from clear that today’s decision will effect any cooling whatsoever. Consider…

Assume for the moment the Federal Reserve attains its projected 3.8% rate next year. Inflation must recede to 3.7% next year for the real rate to exceed zero — and only by a whisker.

We do not believe inflation will chill to 3.7% by next year. We further expect the real rate to remain minus. The Federal Reserve will peg along at an inadequate pace.

Why the Real Rate Matters

A 10-year Treasury bond yielding 7% might reel you in, for example. But what if inflation averaged 8% over the same period?

Inflation would gobble your 7% yield — and a bit more into the bargain. You would require a 9% yield merely to paddle ahead of inflation.

Meantime, you may balk at a 10-year Treasury bond yielding 3%. But if inflation runs at 2%… then your 3% Treasury yields you 1%.

A slender gain, yes. But you escape with your skin — and a slight surplus.

Thus your 3% 10-year Treasury… when inflation goes at 2%… infinitely bests a 7% Treasury if inflation is 8%.

Shall we rank today’s real rate against the real rate of 1981?

Miles and Miles From Another “Volcker Moment”

The late Paul Volcker is widely credited with freezing out inflation. In 1981, inflation was going at a 10% sizzle.

He elevated the federal funds rate to an impossible 20% that year… to restore the normal 98.6 degrees.

You now see that Mr. Powell is miles and miles away from any authentic “Volcker moment,” despite what the press might argue.

As our former colleague David Stockman styles it:

[What we’re seeing] is powerful inflationary momentum that will take years to vanquish… The only thing that can slow down the inflationary freight train, therefore, is gobsmacking three-digit rate increases capable of shutting down new borrowing completely, thereby materially draining demand from overheated domestic product and labor markets.

That’s not about to happen, of course. Instead, what lies ahead is a tangle of start-and-stop anti-inflation maneuvers by the Fed that will only prolong the inflationary disaster now upon us, even as the latter is inexorably destined to end in a hair-curling recession.

And so we conclude that inflation will race along. But let us sketch the scene in colors darker yet…

Thus this Williams fellow penetrates the whim-wham that government throws up to conceal true inflation.

To merely elevate real rates to zero, the Federal Reserve must therefore shoulder the nominal rate up to an inconceivable 15.05%.

Can you imagine it?

We are not confident the economy or the stock market can withstand nominal rates much exceeding 3%.

Jerome Powell will likely hoist his white flag of surrender at that point. He did it in 2018. And he will do it in 2023 — depend on it.

We liken him to the ancient Sisyphus of Greek mythology. The poor fellow kept pushing his boulder up the steep hill, only to have it roll back down to the base of the hill with each attempt.

This Powell character can never summit the hill.

How did the stock market take today’s 0.75% boost? Exceptionally well…

“For the Time Being”

The Dow Jones vaulted 303 points today — with the bulk of gains following the 2 p.m. declaration.

Why did the stock market thrill to the news? Opines Mr. Charlie Ripley of Allianz Investment Management:

Today’s announcement confirms the Fed’s commitment to fight the inflation battle more aggressively despite the potential aftermath from raising rates at such a rapid pace. Overall, Fed policy rates have been out of sync with the inflation story for some time and the aggressive hikes from the Fed should appease markets for the time being.

“For the time being.”

We would remind the stock market’s rah-rah men that today the Federal Reserve reaffirmed its commitment to quantitative tightening.

It pledged to hack $47.5 billion from its balance sheet per month. In September the hackings will increase to $95 billion per month.

The stock market is more attuned to the Federal Reserve’s balance sheet than its target interest rate.

We will be deeply surprised if the stock market excels while the balance sheet contracts. Today’s market reaction fails to sway us.

Deceased felines have been known to bounce.

Are You Feeling Lucky?

Again — Mr. Powell will eventually relent — but the stock market will encounter heavy weather in the interim.

The precise level at which it will scrape bottom, we do not pretend to know. But we fear it may be substantially beneath today’s levels.

We may be mistaken of course — the stock market may now embark upon a lovely spree. We have certainly been mistaken before.

Yet we harbor no desire to attempt to “catch a falling knife,” as the phrase runs.