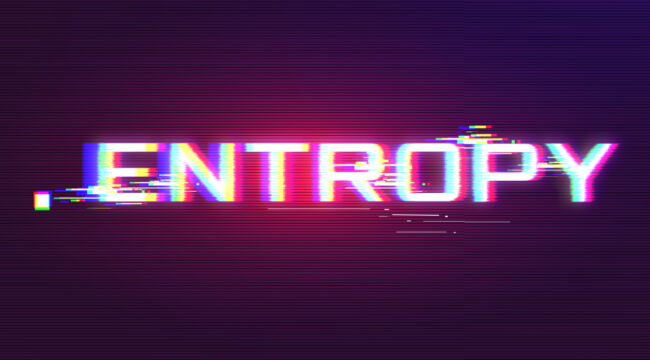 Beneath all the psychotic babble that’s afflicting the collective national hive-mind over a pandemic that comes and goes in waves, and phantoms of contrived identity animus, looms an economy that would collapse without gigantic IV infusions of “money” from the false god that our government has become.

The collapse is working its way out in strange ways as we create ever stranger work-arounds for avoiding it — such as the unanswered “help wanted” signs while legions of unemployed adults cash government support checks.

Of course, a lot of those unanswered signs are for what used to be called lousy jobs, flipping burgers, bagging groceries, and such. For a lot of Americans, those are the only jobs.

We can argue about whether the government ushered better-paying low-skill factory jobs offshore or whether other nations would have developed industries in the natural course of things (or a combo of both).

But the end result is a country full of people who can barely support themselves, let alone a family, and the consequent loss of all the psychological infrastructure for a society that can respect itself.

With the spring zephyrs blowing, the great expectation rises for a return to “normal,” which seems to mainly consist of bustling restaurants, brisk car sales, and the construction of suburban houses.

It’s not that these are the only things we can do in life, but they’re what the dynamics of the moment allow. Those dynamics include incentives, laws, regulations, habits, and customs.

The zoning laws and building codes allow only certain types of habitations, generally ones too expensive for people seeking to establish households, not to mention the social costs of building even more unsustainable suburbia based on the selling of ever more unaffordable cars.

The work-around for that is official manipulation of the debt markets, artificially-low interest rates, and discarding the framework of creditworthiness. The unintended consequences include the inflation of house prices and exposure of house-buyers to greater fragility (risk) in foreclosure.

Ultimately, backstopping the banks that hold the mortgages and their derivative securities keeps the whole dishonest shootin’ match going… until it stops.

The God of Disorder, Randomness, and Uncertainty

One of the forces at work is our old friend from physics class: entropy, the god of disorder, randomness, and uncertainty. He is very active lately in American affairs especially, to the degree that we have no workable consensus for running this society, so that all our standards and institutions are crumbling.

It’s gotten so bad that we don’t even get the news about the crumbling because The News is one of the institutions that has fallen apart. Instead of events relayed in packets that comport with reality, we get “narratives” uniformly concocted in bad faith, that are knowingly in non-compliance with reality — which is as opposite as can possibly be from what The News once aimed to do.

But the days of honest reporting — just the facts — are long gone, to the extent they ever existed. Now, they don’t even pretend anymore.

One thing that will stop all of that will be the slow death of money, inflation, which is just now transforming from a distant specter on the horizon to a condition in the here-and-now.

You will have plenty of money and that money will become increasingly worthless.

The authorities probably think that’s better politically than the people having no money at all, but it’s really the same thing dragged out over time to fool everybody.

Governments like it because it reduces the nominal cost of debt — except now the government debt-load is so supernaturally gigantic, really nothing will avail to fix that.

The Illusion of Wealth

Meanwhile they’re very busy making the debt situation worse by giving away as much newly borrowed money as the situation requires to maintain the illusion of a functioning economy.

Anyway, as the time-frame for inflation compresses, the people notice that their money won’t buy what they need, and they get restless, perhaps dangerously so.

In the process, the government begins to look incompetent, on top of the usual perception that it is corrupt, and before you know it, legitimacy slips through the widening cracks of the floor.

Until now, the authorities have been successful in pitting citizens against each other, and the ill-will unleashed has been spectacular. But today it’s all so obviously dishonest that they’ve only succeeded in hugely ticking off the substantial majority of the population.

These are the folks who struggle desperately just to remain employed, housed, mobile, and capable of raising children who are not being driven crazy.

Take the Jabs and You Can Win the Lottery

The coronavirus situation is not so reassuring. We are one more serious up-wave of illness from tanking whatever remains of this vaporific economy.

An emerging pattern suggests that higher vaccination rates might generate new-and-improved iterations of the disease more efficiently — just as the government tries more aggressively to sell vaccination to the public.

The public is also noticing the alarming statistics, and many remain unconvinced that the vaccines are even vaccines in the usual sense, but rather insufficiently tested exotic experiments desperately employed against something that looks more and more like a bio-weapon that the government itself was complicit in creating.

Heck, Ohio is so desperate to get people to take the jabs it’s offering a $5 million lottery. Take the jabs and you qualify. Five people will each get $1 million.

Oregon is apparently unveiling a similar scheme. Gee, if these things were so great, why do they have to resort to gimmicks like this to get people to take them?

Eye of the Storm

My state of New York is supposedly just “reopened.” Who’s not longing to get back to “normal?”

But who’s not a little anxious that mixing normally with other people won’t start the whole cycle all over again?

And, anyway, who doesn’t wonder whether normal is really a thing of the past now, disappearing in the rear-view mirror?

Just as the hopeful meme floats over the Internet that the storm is over, we fail to see that there’s a larger storm of history whirling around us that we’re only in the eye of.