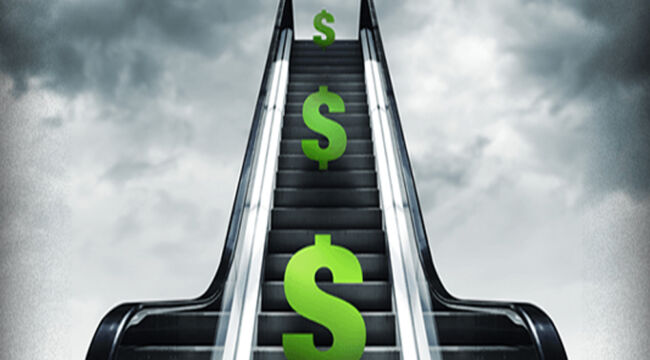 The Federal Reserve has pursued its 2% inflation grail with a monomaniacal determination, like madmen chasing phantoms or mad dogs chasing tails.

It has largely been a juiceless pursuit… “as elusive as sheet lightning playing among June clouds.”

Inflation has bubbled a bit here, gurgled a bit there — but to no lasting effect.

Experts dispute the causes. Among these are:

Some accounts, by our lights, carry a greater plausibility than others.

We presently incline toward the astrological theory — but we are far from convinced — and even begin to entertain doubt.

The Federal Reserve insists inflation’s recent stirrings are “transitory.” They are due to “base effects” and other transiencies.

Others are not half so convinced inflation is transitory. They believe inflation is unpacking its bags, lounging upon the sofa… and settling in for an extended stay.

Which understanding is correct?

The bond market appears to be throwing in with the transitory theory.

Yields would normally climb to get ahead of inflation… as a general rule.

Yet we suspect the Federal Reserve will continue to pursue inflation, citing the bond market’s anti-inflation telegraphings.

The Immemorial Confusion of Money and Wealth

Why the fervor for inflation? The answer is the immemorial confusion of money and wealth… in our estimation.

It is the birth of “a thousand illusions.” Explains Henry Hazlitt in his masterly Economics in One Lesson (1946):

The most obvious and yet the oldest and most stubborn error on which the appeal of inflation rests is that of confusing ‘money’ with ‘wealth’…So powerful is the verbal ambiguity that confuses money with wealth, that even those who at times recognize the confusion will slide back into it in the course of their reasoning…

As we have argued before, money no more creates wealth than yardsticks create yards.

Instantly the money supply doubles. But is this society doubly rich? Alas…it is not.

What makes us rich is an abundance of goods, and what limits that abundance is a scarcity of resources: namely land, labor and capital. Multiplying coin will not whisk these resources into being. We may feel twice as rich for the moment, but clearly all we are doing is diluting the money supply. As the public rushes out to spend its newfound wealth, prices will, very roughly, double – or at least rise until the demand is satisfied, and money no longer bids against itself for the existing goods.

But they will likely tell you that gentle inflation is tolerable… even healthy. It spurs the consumer to spend… which adds a figure to the gross domestic product.

A little inflation can therefore keep an economy on the jump and business in funds.

Goods will wallow upon shelves, stockrooms will overflow…and the wheels of commerce will slow to a standstill.

Under extreme deflation, they may screech to a violent stop.

The money supply must therefore increase continually – lest deflation menace.

As well question the reality of Noah’s Ark… Russian crimes against American democracy… gravity itself.

Consider, if you will, computers. Consider large-screen televisions. Their prices slide lower year after year.

Yet computers and large-screen televisions do a very brisk trade – despite consumer expectations of falling prices to come.

If deflation was so vicious…why do consumers continue purchasing this gadgetry…rather than waiting for next year’s prices?

Where is Deflationary Armageddon?

And so we come to this question: What then is the proper money supply? Is there one?

What Is the Proper Money Supply?

Paul Krugman would collapse upon a fainting couch at the very suggestion of it.

But if prices are free to seek their own equilibrium, changes to the money stock are unnecessary. Any money supply will do the duty of any other.

As the operation of the market tends to determine the final state of money’s purchasing power at a height at which the supply of and the demand for money coincide, there can never be an excess or deficiency of money. Each individual and all individuals together always enjoy fully the advantages which they can derive from… the use of money, no matter whether the total quantity of money is great or small…

The services which money renders can be neither improved nor repaired by changing the supply of money… The quantity of money available in the whole economy is always sufficient to secure for everybody all that money does and can do.

To repeat – for emphasis:

Any amount of money is as good as any other. There is no screaming need to add more.

In conclusion, we petition the government to shutter the Federal Reserve… and point its members toward productive employment in private industry… if they can find any.

Their services are not required. They never were.