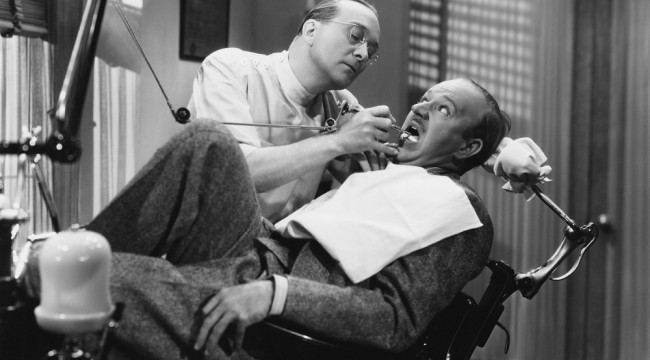 The Empire's Next Effort to Extract Your Wealth

Since before the tech bust, we’ve been suggesting that while Americans “think” they’re getting richer… they’re actually heading in the other direction. They’re getting poorer.

This proposition has been easier for folks to entertain since housing busted and the financial crisis reversed the “wealth effect” in 2008. With that in mind, let’s take a look at the logic of the American Empire and what you can expect in the year(s) ahead.

“Great empires, such as the Roman and British, were extractive,” economist Paul Craig Roberts observed recently. “The empires succeeded because the value of the resources and wealth extracted from conquered lands exceeded the value of conquest and governance.”

We explored a similar theme in our 2006 book, Empire of Debt. But unlike empires of the past, the American Empire has a logic all its own.

“America’s wars are very expensive,” says Roberts, stating the obvious. “Bush and Obama have doubled the national debt, and the American people have no benefits from it. No riches, no bread and circuses flow to Americans from Washington’s wars.”

In the big Iraqi oil auction of 2009, for example, even as U.S. helicopters droned overhead, the oil minister gave out zero contracts to American firms. Not one. And we spent at least $3 trillion on war — $2.9 trillion more than Team Bush’s original budget. So much for paying for war with “oil profits.”

Russia was actually the big winner here. So what gives? The American Empire has perverted the Roman mantra “Veni, vidi, vici” (I came, I saw, I conquered) into the odd imperial slogan, “We came, we saw… we borrowed!”

The results from this turn of phrase are less than desirable. Again Roberts:

“Washington’s empire extracts resources from the American people for the benefit of the few powerful interest groups that rule America. The military-security complex, Wall Street, agribusiness and the Israel lobby use the government to extract resources from Americans to serve their profits and power. The U.S. Constitution has been extracted in the interests of the Security State, and Americans’ incomes have been redirected to the pockets of the 1%.

“That is how the American Empire functions,” concludes Roberts. We agree. To grow, the American Empire is always looking to inflate the next bubble. These serial bubbles each have the effect of “extracting” wealth from the citizens — in the form of bigger mortgages, heftier credit card statements and stuffed stock portfolios. The “extracted” money is, over time, passed from the wallets of citizens to the pockets of the well connected.

For confirmation of this assertion we need look no further than the top o’ the 1%, the Oracle of Omaha. Peter Schweizer of Reason reckoned in an exposè published last year on Warren Buffett that this folksy fellow “needed the TARP bailout more than most.”

Let’s run through the numbers. Berkshire Hathaway firms in total received $95 billion in TARP money. Berkshire, you’ll recall, held stock in Wells Fargo, Bank of America, Goldman Sachs and American Express. Not only did these companies receive TARP funds… they also dipped into the FDIC’s treasury to back their debt. Total bailout: $130 billion. TARP-enabled companies accounted for 30% of the Oracle’s publicly disclosed stock portfolio.

He’s definitely one of the top beneficiaries of the big bank bailout. And to sharpen the sting, he even got a better deal to help ailing Goldman Sachs than our own government. Buffett got a 10% preferred dividend while the Feds got all of 5%. He cleaned up with $500 million a year in dividends. Without the bailout, you can bet many of his stock holdings would have gone near-zero instead.

Contrast that with a blog post from Rosemarie Jackowski, a community activist at Dissident Voice. She’s describes her experiences working with the underclass in a small town in Vermont.

“In Bennington, there are three very distinct classes,” writes Jackowski. “First, there are the ‘fancy people.’ They are the ones who rule and control everything. They are on the boards — the hospital board, the library board, the select board, the school boards. They have the power — even the power over life and death. They, occasionally during a medical crisis in the hospital, make the decision to pull the plug or allow life to go on.”

We hear you. At first, we were prepared to dismiss the piece as another bleeding heart diatribe… but she goes on to describe a theme very familiar to our readers.

Then there is the large group of ordinary citizens. Some are blue-collar workers. Most work hard. Love their families. And have had family in Vermont for generations. They acknowledge the class system in conversation often. They call it the ol’ boys network — cronyism.

The third group consists of those who are in need. Those on the bottom of the economic pile. At the conference, some of the most-impressive comments were made by a poor mother of two disabled children. She talked about the oppressive avalanche of redundant paperwork required to get any tiny benefit. The social services system is designed by nameless, faceless, unelected bureaucrats. It is setup to assure maximum job security to the workers in the system. To a struggling family, it often feels like an attack of the “paper churners.” Being poor is a full-time job.

More and more “ordinary citizens” are faced with the challenge of joining this third group of government dependents… or choosing to join the ranks of “nameless, faceless, unelected bureaucrats” just to survive.

Case in point: “In the most recent Census,” writes co-author Samantha Buker in The Little Book of the Shrinking Dollar, “48% of America qualifies as ‘low income.’ There are more Americans living under extreme poverty than have ever been recorded.

“Since 2009, we’ve added another 4 million souls to the category of low income to below the poverty line. That’s 146 million people in America who aren’t consuming much aside from ever-increasing applications for food stamps.”

Does this sound like a nation of ripe, robust citizens ready to be drained for the benefit of the national coffers? Au contraire. Sounds like another case in which our Empire will hand out more than it’s taking in.

In her post, Ms. Jackowski provides a list of 35 ways poverty robs you of your dignity. Here are just a few:

“Poverty means working three jobs and still not ‘making it.'”

“Poverty means that you go to work when you are sick. Worse than that, you send your children to school when they are sick.”

“Sometimes poverty means that you skip meals so that your children can eat.”

“Poverty means that your housing is never secure…”

“Poverty means following all of the rules. Then graduating with oppressive student debt so that the president of UVM can be paid $447,000 per year.”

It’s Jackowski’s final mention of extraction — the student debt fiasco — that worries us. This bubble that has already taken flight. Now it’s flying dangerously close to a few pins.

Just like with housing, this is one hell of a bubble. And when it bursts, it’ll invite another crew of crony capitalists to the Beltway, who will soon be lining up for bailouts. I urge you to grip your wallet with both hands and prepare for the worse.

Ed. Note: There is much more to this “extraction” problem than we could mention in this brief essay. In truth, your wealth and the wealth of your entire family may be at stake. That’s why we’ve made it the focus of today’s entire Daily Reckoning email. In today’s issue, we show subscribers specifically how to take action against this despicable bureaucratic nonsense, and legally safeguard your wealth. If your not getting the Daily Reckoning email, you owe it to yourself to check it out. Sign up for free, right here. Your first issue is just a few short hours away.