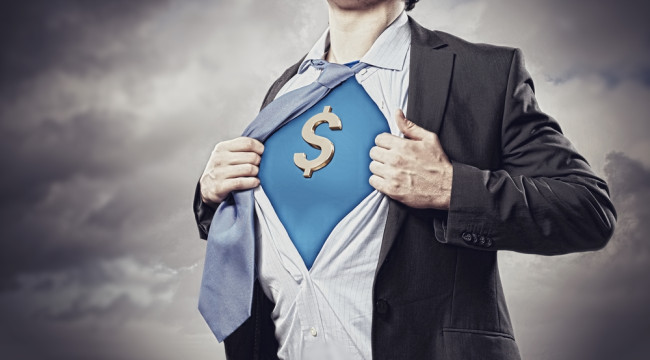 The "Domestic Terrorist" You Can Call a Hero

I dreamed I saw Bernard von NotHaus, alive as you or me.

Said I, “But Bernard, you’ve been jailed two years.”

Bernard has been the called the Rosa Parks of the alternative money movement. More than 10 years ago, he had this idea that he would make his own money — not the fake stuff we are used to, but the real stuff made of actual silver. He called his currency the Liberty Dollar (and why not, since there is no trademark on the word dollar?).

The feds raided him in in 2006. In 2007, the government outright stole 2 tons of coins from him, many of them featuring an image of Ron Paul, plus 500 silver coins and 50 gold coins. They threw him in jail and dragged his name through the mud many times.

He was later convicted of making counterfeit coins — an ironic conviction given that he was making silver coins to compete with official coins made out of scrap metal. That conviction was in March 2011, fully 2½ years ago. The government labeled him a “domestic terrorist.” Yet — and this is what amazed me — he still hasn’t been sentenced. He walks around as free as you or me.

Truly, I was stunned. I was sitting at a wonderful gathering in San Diego, Calif., called Libertopia. It is several days of lectures, exhibits, and panels, along with lots of socializing, by libertarians of many different stripes. I had just finished giving a talk and was sitting out on a puffy chair underneath an outdoor awning.

Up walked a thin, lively, bearded man who came right up and introduced himself. My jaw dropped. I got up and said the first thing that came to mind: “My God, man, you are a hero,” and he blushed sweetly. I asked how it was that he was not in jail. He explained his saga without pathos or fear, and full of confidence that he would be exonerated.

After all, the feds threw every conceivable charge at him. The jury didn’t buy it, but finally did have to admit the he seemed to be producing and distributing what claimed to be dollars, but differed rather substantially from U.S. government dollars. That was the basis of the counterfeiting claim. The claim alone implies that somehow he was tricking people, which is ridiculous, since the whole reason his coins were marketable was precisely because his customers knew that his coins were real and, in this respect, differed completely from what the U.S. government distributes.

Think about the many distributive technologies that came out in these frontier days in which a new world was being born. All the Internet giants were being born during these years. Other services were simply distributive, such as Napster, which completely revolutionized music distribution, but was crushed by the feds in 2001.

The result was the deep entrenchment of distributed network file sharing, which is more ubiquitous than ever before. All these movements were about challenging the status quo in a fundamental way, the daring decision to take on state-blessed institutions and tap into the power of the consuming public to choose private over public services.

The movement was not killed, despite every attempt. What it actually did was change the whole way we get our services, use the Internet, and engage each other in our social and economic lives. In a rapid and thrilling way, we began to see all the ways in which power could be devolved away from the elites and toward the people. It has left a permanent mark on the world.

The Liberty Dollar was part of this movement. For decades, some very high-level intellectuals had taken note of the decline of the quality of money, from about, oh, 1913, all the way to the advent of pure paper money in 1971. The inflation of the late 1970s made the point: There has to be a better way. Economist F.A. Hayek wrote that it was entirely possible that a high-quality private money could compete with a government money.

But who would step out and make the attempt? What entrepreneur would dare come forward and offer up an alternative as a product in the consumer market?

Bernard von NotHaus was the man. There is nothing illegal about minting silver into round shapes and putting pictures on them. It’s not even clear that there is anything wrong with calling it a dollar, provided he didn’t try to claim it was a government dollar. And this is exactly what he did.

The money monopolists in Washington went absolutely nuts about this. They threw the book at him, and added some of the most hilarious rhetorical flourishes that one can imagine. The attorney who prosecuted the case for the government said the following:

“Attempts to undermine the legitimate currency of this country are simply a unique form of domestic terrorism. While these forms of anti-government activities do not involve violence, they are every bit as insidious and represent a clear and present danger to the economic stability of this country. We are determined to meet these threats through infiltration, disruption, and dismantling of organizations which seek to challenge the legitimacy of our democratic form of government.”

A present danger? More like a present solution. The paper dollar hasn’t brought economic stability, but precisely the opposite. It’s been a long string of terrible booms and busts, bubbles and explosions since that fateful day when the gold backing of the dollar was completely removed. The notion that government was trying to protect a marvelous system against domestic terrorism is mind-boggling, since the truth is rather obvious: The government was trying to protect a terrible system from being overthrown by competition.

But they stopped Bernard, right? Didn’t he fail? He can be very confident in knowing that he made a gigantic mark in history. He demonstrated that it could be done. He threw a model out there that would not go away. And only two years after the looting of his business, an ambitious computer programmer created a code protocol that became what is now known as Bitcoin.

But the inventor of Bitcoin — whose identity is either completely unknown or one of the best kept secrets in history — knew better than to operate like a business. He made not silver rounds, but digital units. He didn’t store these units in one place, but rather had them live on a globally distributed network that no government can shut down. He relied not on a third-party transmitter, but instead made it possible for this new currency to be traded peer to peer.

Bitcoin is a brilliant combination of the Liberty Dollar’s soundness and Napster’s distribution methods, with a few extra features thrown in to protect it against shutdowns.

In other words, Bernard von NotHaus took one for the sound-money team, and, in time, the world will see that his instincts were exactly right. Monopolies can’t last. Not even the world’s most powerful government can keep quality and consumer preference at bay forever. His idea pointed to a bright future in a revolutionary way. The revolution will not occur with guns and battles, but through enterprise, entrepreneurship, and a billion tiny acts of peaceful consumer choice.

When I think of this sweet, inauspicious, brilliant man, I can’t help but smile. He is not a revolutionary in the mold of Lenin or Napoleon or even a fulminating media figure. His mode is to make something cool and offer it to people. It’s the American way, and it’s the height of hypocrisy that he would be persecuted in the Land for the Free simply for having made a better mousetrap.

Ed. Note: Every legend begins with an idea. At Laissez Faire Today we seek to foster those ideas in every single issue. Get in on the discussion for yourself. All voices are welcome. Sign up for free, right here.

The Federal Reserve holds rates steady… Why American productivity growth has been falling since the U.S. went off the gold standard…