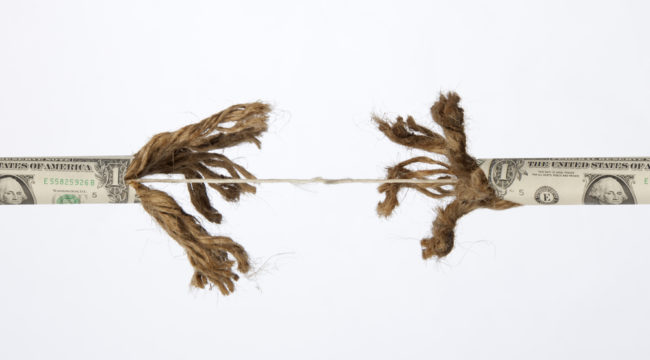 The Dollar Is a Source of Global Instability

So the dollar’s strength or weakness can have an enormous impact on global markets.

Right now, the index is 95.2, below the middle of the 35-year range. But what matters most to trading partners and international debtors is not the level but the trend.

The dollar is up 12.5% in the past four years on the Fed’s index, and that’s bad news for emerging-markets (EM) debtors who borrowed in dollars and now have to dig into dwindling foreign exchange reserves to pay back debts that are much more onerous because of the dollar’s strength.

And EM lending has been proceeding at a record pace.

When the focus is put on specific EM currencies, the dollar’s appreciation in some cases is 100% or more.

Much of this dollar appreciation has been driven by the U.S. Federal Reserve’s policy of raising interest rates and tightening monetary conditions with balance sheet reductions. Meanwhile, Europe and Japan have continued easy-money policies while the U.K., Australia and others have remained neutral.

The U.S. looks like the most desirable destination for hot money right now because of interest rate differentials. And that is having far-reaching consequences on EM economies.

A new EM debt crisis has already started. Venezuela has defaulted on some of its external debt, and litigation with creditors and seizure of certain assets are underway. Argentina’s reserves have been severely depleted defending its currency, and it has turned to the IMF for emergency funding.

Ukraine, South Africa and Chile are also highly vulnerable to a run on their reserves and a default on their external dollar-denominated debt.

The only issue now is whether the new crisis will be contained to Argentina and Venezuela or whether contagion will take over and ignite a global financial crisis worse than 2008.

This new crisis could take a year to spread, so it’s not too late for investors to take precautions, but the time to start is now.

The Fed’s path of rate hikes and balance sheet reductions since December 2015 has reinvigorated the U.S. dollar, as I explained above. A stronger dollar means weaker EM currencies in general. Again, that’s exactly what we’ve seen lately. Right now, EM currencies are in free fall against the dollar.

But here’s a curveball question for you:

Now that the Federal Reserve raised rates again last month, is the bottom in for emerging-market currencies? And is the top in for the dollar?