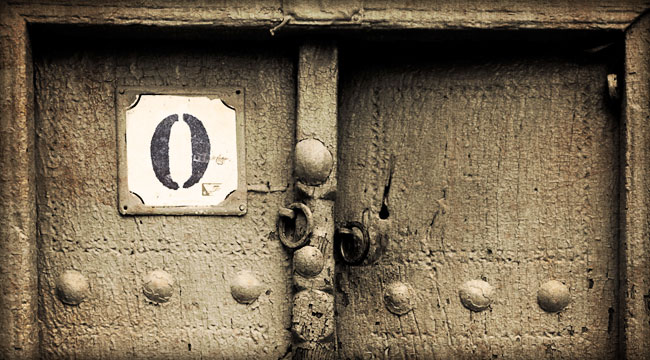 The Curious Disappearance of “Patient Zero”

Each of these missing persons has their own story — and secrets — that define their tragedy.

But out of all those people, not a single one has a story like the man we’ve dubbed “Patient Zero.”

Now, maybe you’re wondering why you’re reading what looks to be a crime blotter in these pages. After all, you turn to us because we normally cover the markets — not rapes, burglaries and missing persons.

Stick with me. I promise that after reading this short story, it’ll be crystal clear what this missing person saga means to you and your financial well-being. My guess is that by the end of this note, you’ll begin to question everything from the role of God in our lives to the idea of fate, and even the best ways to make money in the future.

We open on the morning of March 31, 2012, in the quiet, small town of Marco Island, Fla. The upscale island is just a short 30-minute drive from Naples. The sun is bright. The air is crisp and clean. On the surface, it seems like the perfect morning.

But a quiet Florida financial journalist has just vanished from his home. Gone. Poof. Without a trace, leaving behind his wife and two young children.

The man was a recluse of sorts, rarely leaving his house. He despised traveling. And aside from the subjects he was writing about (often until the wee hours of the morning), he barely talked to anyone outside his small circle of family and friends.

According to friends and co-workers, the journalist had no known enemies. His life at home was filled with happiness and a picture-perfect American family.

Was his disappearance the result of crime? It sure didn’t seem so.

Yet on this morning, the man’s family found his closet ransacked. Gone were his suitcase, his favorite Hawaiian shirt, a black sport blazer, a shaving kit and his toiletries.

Did he leave on his own? And if so, why? Where was this recluse going? What was he up to?

Days later, our missing person turned up. After an exhaustive search, his co-workers found him outside of a small science lab he’d been researching. He was more than 2,654 miles away from his home, just across the street from the Oakland Raiders corporate NFL headquarters.

Thankfully, he was alive. But something was very, very strange.

He was missing a small circle of skin — about an inch in diameter — from underneath his left arm. In his right hand was a camera. And on that camera was a 20-second video. The video detailed a very controversial medical procedure he’d just undergone.

It was a medical procedure that proved — hands down — that life could be extended to ages never thought possible.

This man’s 20-second clip has tremendous religious implications. It shows undeniable proof of a medical procedure that robs God of his most awesome power — the power to determine who lives and who dies… on what time frame.

According to what we know, he’s the very first in the world to have seen this medical procedure through from start to finish; he’s literally “Patient Zero.”

Immediately after hearing his story, we flew him up to our headquarters in Baltimore and asked him to explain everything — from why he voluntarily disappeared that morning to why he sacrificed his reputation for this medical procedure. He agreed.

He explained that the procedure was something called “induced pluripotent stem cell therapy.”

Maybe you remember the controversy years back over embryonic stem cell research?

If so, you know that embryonic stem cells are extremely powerful cells. They’re “blank” cells, which means they’re cells that haven’t been differentiated yet into bone, heart, skin and so on. Scientists call these “pluripotent” or “totipotent” cells because they can be programmed to become almost any other cell in the body.

Take, for example, one of America’s largest health problems — heart disease. With stem cell therapy, you could replace an adult’s aging and dying heart. Simply extract the “blank” embryonic stem cells; program them to be new, youthful beating heart cells; and implant them into the dying patient. The new cells take over and eventually regenerate and repair the worn-out heart.

That means you could have the healthy heart of a newborn baby. You could also have a new kidney, new lungs or new pancreas. You could end many of the great health plagues of our time. All you need are those blank, programmable cells.

On the flip side, many people think this therapy is too close to “playing God,” because you, of course, needed human embryos to gain access to embryonic stem cells. And that’s why everyone from a former pope to a former president has spoken out against the use of embryonic stem cell therapies.

Most people think it’s impossible. Not Patient Zero. His research led him to a small biotech company in California that had pioneered a whole new way to do stem cell research.

Patient Zero knew that if he could undergo the therapy, he could prove — once and for all — that the science and power of life extension were possible.

So off he went. He packed his bags in a hurry and left his home to prove his point.

First, he had a small bath of skin cells removed from underneath his left arm. The scientist (call him Dr. Blanc) then cultured the skin cells in a dish, multiplying them into thousands and thousands of skin cells.

When the skin cell culture was large enough, he worked his procedure to induce those skin cells back into their embryonic, or pluripotent-like, state.

Over time, the skin cells turned back into blank, programmable stem cells that could then turn into any healthy, functioning part of the body. No babies were killed. No animals were harmed.

To demonstrate that the whole procedure worked, Dr. Blanc and Patient Zero decided to reprogram the blank cells into beating heart cells.

Now, in what we believe to be a scientific first, Patient Zero has been the world’s only human being to see his own skin cells turn into beating heart cells outside his own body.

Imagine, for a moment, the implications on life. Imagine being able to have a small patch of skin removed and then used to repair any needed part for your body. You could have a new pancreas, new bone marrow or new eyesight.

It’s controversial. That’s why Patient Zero disappeared without telling many people what he was doing or where he was going. He was afraid the mainstream would stop him. Or that he’d be skewered for defying God.

At the end of our discussion, we talked about how fortunes will be made in this new technology of reversing aging. And Dr. Blanc’s company can still be had for mere dollars per share.

Yet they’re working on radical new technologies to regenerate and repair the human body, extending lives in the process.

Joe Schriefer
for The Daily Reckoning

P.S. Smart investors should learn from Patient Zero’s story and position their wealth alongside the companies pioneering this style of stem cell research. Subscribers to The Daily Reckoning email learned about one company poised to profit the most from this new type of research. If you don’t get The Daily Reckoning sent completely free to your email inbox each day, you’re missing your shot at some of the world’s best investment opportunities. Click here now to sign up free today.

Joe Schriefer is the publisher of Agora Financial. He joined the group shortly after obtaining his master’s degree from The Johns Hopkins University. Over the past 10 years, he’s worked alongside Executive Publisher Addison Wiggin to bring exciting, profitable stories to all of Agora’s readers.