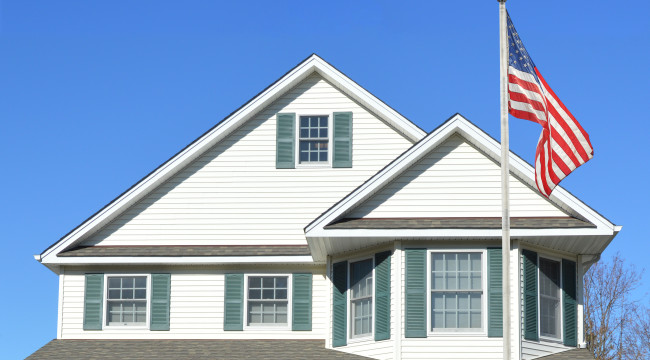 The Cultural Contradictions That Have Crippled the Great American Middle Class

The decline of middle class capital is partly self-inflicted.

Conventional explorations of why the middle class is shrinking focus on economic issues such as the decline of unions and manufacturing, the increasing premiums paid to the highest-paid workers and the rising costs of higher education and healthcare.

All of these factors have a role, but few comment on the non-economic factors, specifically the values that underpin the accumulation of capital that is the one essential project of middle class households.

Daniel Bell’s landmark 1976 book The Cultural Contradictions of Capitalism held that “capitalism–and the culture it creates–harbors the seeds of its own downfall by creating a need among successful people for personal gratification–a need that corrodes the work ethic that led to their success in the first place.”

I would phrase this in the language of values and capital:

The primary cultural contradiction of the Great American Middle Class is the disconnect between the values needed to build capital and those of gratification via debt-based consumption.

1. Sacrifice of current consumption in favor of accumulating capital to be invested.

3. Personal integrity and trustworthiness above all else. One’s word is one’s bond.

4. Self-discipline/self-control in service of long-term goals and the other values.

5. Humility: there is always more to learn; pride goeth before a fall.

7. Accumulating the social capital of emotional intelligence and trustworthy collaborators.

8. Setting and achieving long-term goals: saving enough money to buy a home or investment property with a 50% down payment, saving enough to pay for college in cash (with the student working part-time in the academic term and fulltime in summers), etc.

9. The desire to own productive assets rather than unproductive bling such as luxury vehicles or a fancy home.

Arrayed against these capital-accumulation-disciplined values are the consumerist values of instant gratification, short-term horizons, lack of long-term goals, self-indulgence, impulse buying, keeping up with the Joneses (i.e. competitive consumption), and an obsessive focus on the social/consumption pecking order of one’s peers, all of which incentivize debt-based consumption that spends future earnings today on non-essentials.

I was astonished to read in $100,000 and up is not enough – even the ‘rich’ live paycheck to paycheck that busy couples spend $2,000 to $2,600 per month eating out. That’s roughly $30,000 a year, the equivalent of a brand-new vehicle plus a used car or one year of college–or a down payment on a rental home in a non-bubble locale.

The article contends that “Many ‘rich’ people have problems accepting that they aren’t really that wealthy and the money will not last forever.”

This is an excellent summary of the consumerist mentality: income, wealth and financial security are all grossly over-estimated while debt is under-estimated.

Conventional Americans may wonder how recent legal immigrants with modest-paying jobs buy homes and pay off the mortgage in a few years and then send their kids to university with zero student loans. In a conventional consumerist household earning two times as much annual gross income, this is viewed as “impossible.”

The point is the decline of middle class capital is partly self-inflicted. Yes, wages are stagnant, the system encourages consumption, and our self-serving politicos encourage the view that if we stop buying on credit the nation will collapse. Yes, we will experience a recession, but that is simply the order of things when debt-based consumption runs ahead of productivity. The nation will survive, and those who are prepared may finally be able to buy assets at fair-market values.

We can’t change the system on our own, but we can change the way we respond to rising inequality and insecurity: we can consume/borrow our way to poverty or we can accumulate capital, skills, moxie and productive assets. Learning more valuable skills is now essentially free. What it requires is a value system that supports long-term goals, self-discipline and a desire to solve problems rather than indulge in the self-destructive pleasures of indignation.