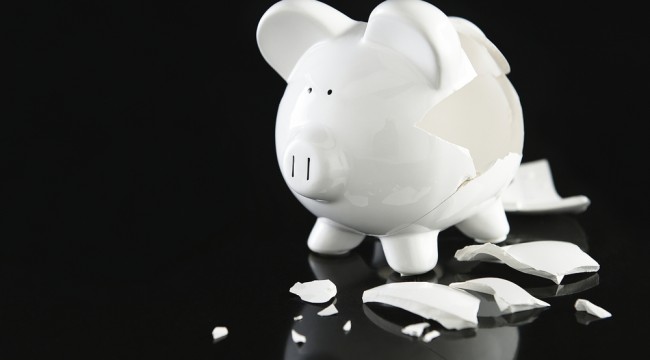 The Coming Era of Financial Triage

Virtually every major program of every major nation-state is financially unsustainable going forward.

Though triage is typically used in a medical setting, we are entering an era when financial triage will increasingly be necessary on a household, enterprise and national level.

The term triage may have originated during the Napoleonic Wars from the work of Dominique Jean Larrey. The term was used further during World War I by French doctors treating the battlefield wounded at the aid stations behind the front. Those responsible for the removal of the wounded from a battlefield or their care afterwards would divide the victims into three categories:

Those who are likely to live, regardless of what care they receive

Those who are likely to die, regardless of what care they receive

Those for whom immediate care might make a positive difference in outcome.

financial triage is the process of sorting financial expenses/ programs that are unsustainable and cannot be “reformed”, those that cannot be saved except with systemic reforms, and those that will survive if simply scaled back.

On the household level, financial triage becomes necessary when one of the primary wage earners lose their jobs and cannot find a replacement position.

First to go are non-essentials such as cable TV subscriptions, eating out at restaurants, costly coffees from Starbucks, etc.

But scaling back these modest expenses may not restore the household’s income to expenses balance. The major expenses of transportation, housing and healthcare may have to be sorted into what can be cut and what must be allowed to expire in order to save the household from insolvency and bankruptcy.

A mortgage that exceeds the remaining wage earner’s income is an example of an expense that cannot be “reformed” away. Refinancing to a lower rate of interest may trim the monthly cost a bit, but the history of mortgage “reforms” suggests many if not most households that attempt to lower fundamentally unaffordable mortgage payments end up defaulting anyway.

Slashing major expenses is not cost-free. Trying to reduce healthcare insurance costs boils down to accepting high-deductible plans that end up costing as much as gold-plated plans once the full deductible is paid in cash.

Financial triage is intrinsically painful and wrenching. Corporations have much more practice in financial triage, as divisions or departments that aren’t generating profits are sold, closed or slashed to save what can still be salvaged.

Nation-states typically have near-zero experience with financial triage. Programs are rarely ever shut down or slashed to the bone to save core functions; cuts are modest and as soon as the crisis passes, expenses soar as everyone who suffered minor cuts demands pay raises and benefits that restore whatever was trimmed.

Longer term, the demographics of a shrinking work force and the profit-destroying forces of automation render immensely costly social and military programs unsustainable. The idea that these trillion-dollar programs can be reformed/saved with minor cuts and policy tweaks is delusional; to save these programs, cuts must be deep and permanent–precisely what the status quo cannot accomplish because it is politically impossible to over-ride vested/ entrenched interests.