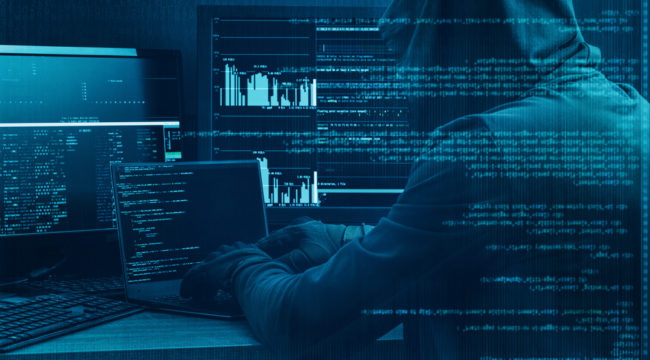 Ten years ago the biggest corporations in the world by market cap were names like Exxon, Walmart and China National Petroleum.

Ten years later, the top companies in the world by market cap are Apple, Amazon, Google and Microsoft.

I believe that in the next 10 years, there will be a similar turnover. And a number of them will be what I call “cryptocosmic” companies that are building a new internet.

I’m referring to the coming revolution of blockchain technology that addresses the fundamental shortcoming of the existing internet: security.

Anybody who goes on the internet knows it.

There’s the constant demand for new user names, passwords, PINs, mother’s maiden names, all the apparatus of security we currently have to manage. You need a notebook just to keep track of it all.

But that only means more and more ways for hackers to find a way in. And we know that internet security is driving everybody crazy.

Part of the problem is that internet security is centralized. By centralizing your security, you actually help hackers and spies. Because it tells them 1) what’s important and 2) where it can be found.

This is the fundamental vulnerability of all centralized security and the classification systems that are associated with it.

It all comes back to this fundamental reality: The internet wasn’t designed for transactions. It was designed for email and communication.

That’s where the blockchain comes in.

Blockchain offers a fundamentally new security architecture for the internet. “Security first” is the motto of the emerging cryptocosm.

Why is the blockchain far more secure than the existing internet?

Blockchain provides a fixed record of all transactions and information transmissions that have occurred — and distributes a compressed version of all the data to everyone in the network.

By using a model that’s distributed instead of centralized, we won’t have all information in one place — where it’s an easy target for hackers. Instead, you’d have to attack all the records across the whole internet before you can change or steal anything.

Any hacker who hacks into one computer can gain nothing except what’s in that particular computer. That’s because the information is distributed across the network. So a hacker would have to capture 51% of the entire network in order to defraud the network.

That is, unless you capture 51% of all the nodes on the internet, which is essentially impossible, you can’t successfully hack the blockchain.

What does that mean for you?

It will mean that you don’t have to learn dozens of different passwords to access every walled garden on the internet. No more sets of security questions and entering your mother’s maiden name or the last four digits of your Social Security number. Your data are protected.

So blockchain has the ability to revolutionize the way business is handled over the internet, with its ability to provide secure transaction data.

Now, you probably think of bitcoin when you hear the word “blockchain.” And who can forget the massive bitcoin bubble that burst in late 2017? So the term might leave you with a bad taste in your mouth. It’s true, blockchain provides a secure framework for bitcoin transactions.

But the blockchain is much, much bigger than bitcoin. Blockchain holds the key to an entirely new system of the world. Its expansion in the coming years will trigger major changes in our day-to-day lives.

The thing is, this new cryptocosm is taking shape right now.

We are seeing the birth of a new internet — what I’m calling Internet 2.0 — plus a new global financial system that’s taking shape around the world. (I’ll be getting into that tomorrow. The existing financial system is essentially come to the end of the line, though few people realize it. As you’ll see, blockchain could be the 21st-century version of the gold standard. So tune in tomorrow for details.)

As someone who predicted the smartphone in 1990 and is credited with detecting the world’s most important financial and technological trends before others, I can say this might be the most exciting development in the world today.

But for now, just understand that blockchain technology is preparing to revolutionize the internet. Get ready for life after Google. The new internet will be dominated by an entirely new security architecture.

And I believe early investors in this new technology will get incredibly rich from it.