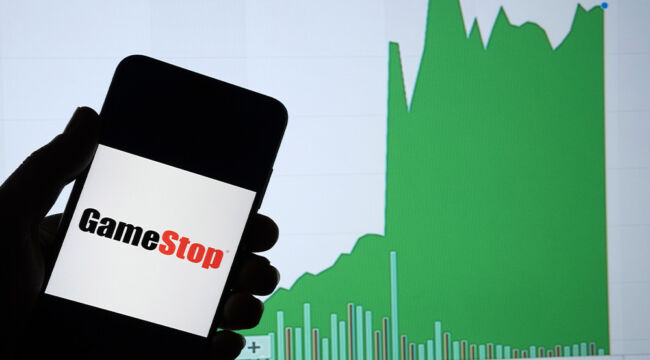 The “Bros” Are Preparing Their Next Attack

Most investors have heard of the GameStop frenzy. GameStop is a brick-and-mortar retail outlet for video games, equipment and accessories.

It has long been considered a dying company by Wall Street because it does not have a strong online presence. It seemed to be headed in the same direction as Blockbuster after Netflix arrived with a streaming model for movie rentals to replace Blockbuster’s model of drive-to locations with physical VHS cassettes and DVDs.

GameStop was heavily shorted. Then along came the Bros!

The Bros (short for “brothers”) are mostly millennial, mostly male novice traders who used the RobinHood mobile phone app to trade stocks (using call options with leverage) the way people bet on the Super Bowl or basketball during March Madness.

GameStop went from $40 per share to over $400 per share in a matter of weeks, leaving hedge funds that had shorted GameStop with over $20 billion in losses. Of course, the GameStop pump-and-dump came crashing down, resulting in losses for the Bros also, but that’s just how bubbles go.

What is not as well-known is that a lot of the money for the Bro’s trading came from the $1,200 COVID relief check the government handed out last spring and the $600 checks handed out at the end of December.

Many Bros were tech-savvy, unemployed and stuck-at-home, so using the government’s “free money” to have fun trading stocks was a great form of entertainment during the lockdowns. Now it’s happening again!

Young retail investors plan to use their new $1,400 government checks from the $1.9 trillion Biden bailout bill to engage in a new round of speculative trading.

For the Bros, this is more like gambling than investing. For more serious investors, there are some important implications. Once the checks are available (in about two weeks), investors should expect some enormous volatility and huge gains in whatever stocks the Bros select.

It’s impossible to know in advance what stocks will be pumped (they use a Reddit chatroom called r/wallstreetbets/ to exchange views), but you’ll know it once the frenzy starts. The other serious economic implication is that the Bros and Americans, in general, are not planning to spend their money on goods and services.

The U.S. economy is about 70% dependent on consumption; savings and investment are essential, which can be beneficial in the long-run but do nothing to expand GDP in the short-run.

Biden has said that we need the massive spending package “to grow the economy.” But it will only slow the economy because the added debt causes Americans to save more and spend less in anticipation of higher taxes down the road.

The “stimulus” actually keeps people from looking for jobs because the handouts are often more than they could be making at work. Meanwhile, the higher taxes needed to pay for the handouts also slow the creation of jobs because businesses have less money to invest or hire workers.

The only sustainable way out of the COVID recession is real growth, which comes from getting people back to work and reinvesting corporate profits. It doesn’t come from the printing press or its electronic equivalent.

Whether Americans save the money, pay down debt or invest in stocks (even as speculation), they are not spending. That’s more evidence that the U.S. is in a liquidity trap, and the Biden bailout will not help economic growth.

Others Will Buy Bitcoin

While the Bros are having fun with their checks, the rest of us should not expect stronger economic growth for the foreseeable future.

The Bros may be using part of their stimulus checks to buy stocks, but others will likely be using it to buy Bitcoin…

The case against Bitcoin as an investable asset is long and compelling. It has no use case; there’s almost nothing you can buy with a Bitcoin, and it has no return other than higher prices based on an application of the greater fool theory.

A glance at the price chart shows it’s clearly a bubble, the worst in history, worse than NASDAQ in 2000 during the dot.com frenzy and worse than the Japanese stock market in 1989.

What Good Is It?

Bitcoin simply doesn’t have much practical use. It is also filling the atmosphere with CO2 because most of the “mining” (really high speed computer calculations requiring monumental amounts of electricity for processing and cooling) is done in China, where most power plants are coal-fired.

Now, CO2 is a harmless trace gas that plants need to grow, so I’m not complaining that Bitcoin mining is churning out more of it. But it does require tremendous amounts of electricity. What about Bitcoin as a possible reserve currency?

Bitcoin will never be a reserve currency because its capped issuance amount makes its price deflationary, which is unattractive to borrowers. Without a Bitcoin bond market, there can be no securities in which central banks can invest reserves.

Worse yet, the Bitcoin price is a Ponzi scheme driven by the issuance of the stable coin Tether, which has never accounted for the billions of dollars that have been taken from naive Tether investors. That said, none of this matters.

Bitcoin has become a belief system. The true believers see what they want, hear what they want and are immune to the arguments of the non-believers.

This points to the difference between the “content” of Bitcoin (the price history and types of features discussed above) and the “environment” created by Bitcoin (the unseen and not understood impact on thought and behavior from any new media technology).

Bitcoin will never displace the dollar, but it could destroy confidence in the dollar by its all-encompassing impact. This could cause social disorder and contribute to the decline of linear, rational civilization.

My solution to this conundrum is to hold physical gold. For the Bitcoin believers (and others), the solution is always… more Bitcoin.

The market is becoming unhinged. Gold can be your anchor. Don’t worry about the short-term fluctuations along the way.

Gold plays a long game; you should focus on the long-term…