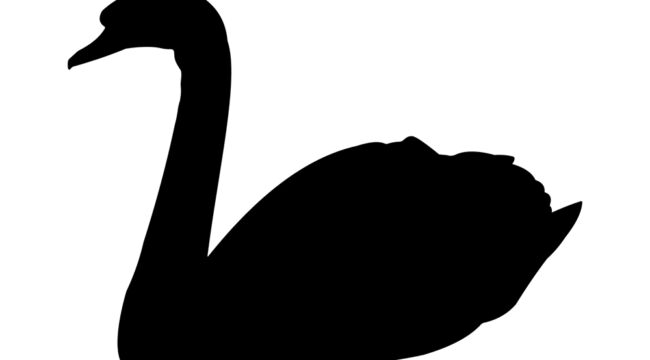 What if the “black swan” of 2023 is the Federal Reserve succeeds? Two stipulations here:

1. “Black swan” is in quotes because the common usage has widened to include events that don’t match Nassim Taleb’s original criteria/definition of black swan; the term now includes events considered unlikely or that are off the radar screens of both the media and the alt-media.

2. The definition of “Fed success” is not as simple as the media and the alt-media present it.

This narrative makes no sense.

Let’s Figure This Out

The other conventional narrative has the Fed’s policy mistake as tightening financial conditions, aka reversing ZIRP/QE, too much too quickly, as this will cause a recession.

OK, we get the avoidance of recession is considered “a good thing,” but aren’t recessions an essential cleansing of excessive debt and speculation, i.e. an essential part of the business cycle without with bad debt, zombies and malinvestments building up to levels that threaten the stability of the entire system?

Yes, recessions are an essential part of the business cycle. So avoiding recessions is systemically disastrous. So according to this narrative, the Fed should “do whatever it takes” to avoid recession, even though a long-overdue recession is desperately needed to cleanse the deadwood, bad debt, zombie enterprises and speculative excesses from the system.

So this narrative is also nonsense.

A favored narrative of the alt-media is that debt levels are too high and the Fed jacking up rates will crush the economy so badly it will usher in Depression and TEOTWAWKI (the end of the world as we know it).

OK, we get that debt service (interest payments) rising will pressure households, enterprises and governments, but again, isn’t the discipline of capital actually costing something an important feedback in a healthy economy?

So this narrative is also nonsense. Fearing the cost of capital might crush excessive borrowing, malinvestment, corruption and speculation is to cheer on the collapse of an economy hollowed out by the near-zero cost of capital.

Has the Worm Turned?

Another narrative has the Fed tightening financial conditions with the intention of destroying the labor market as the means to reduce inflation. OK, we get that higher wages increase the costs of employers, but what about the past 45 years of wage suppression during which capital siphoned $45 trillion off of labor?

Put another way: Maybe the Fed isn’t as blind to the sources of wages rising (demographics, etc.) as many think. Maybe the Fed sees a strong labor market and rising wages for what they are, good things, not bad things.

Summing up: The hysteria about a recession is completely misplaced. Recessions — of a certain kind, we must stipulate — are an essential part of a healthy business cycle, and once this is understood, then we should be cheering for a recession of the kind that imposes desperately needed discipline on an economy being crippled by the excesses triggered by zero-cost capital and excessive debt/leverage/speculation.

Another popular narrative has the U.S. dollar going to zero sooner rather than later as it’s replaced by multipolar currencies and arrangements. OK. We get the advantages of a multipolar world and competing currencies/payment schemes — competition is a good thing when it’s transparent and everyone has to follow the same rules — but aren’t we missing something important about currencies here?

There’s a funny thing called interest. When you buy a bond issued by a sovereign state treasury, that bond pays the owner interest denominated (as a general rule) in the sovereign state’s currency.

As a general rule, higher interest is better than near-zero interest. The higher the interest rate, the more moolah the bond owner earns.

The potential spoiler is risk: If the sovereign state defaults on that beautiful high-interest-rate bond, then much or all of the capital invested in the bond is lost. That’s a bad thing.

If the sovereign state’s currency drops in purchasing power (i.e., it buys progressively less oil, grain, semiconductors, etc. per unit of currency), that’s also a bad thing because a 10% drop in purchasing power vis a vis other currencies and commodities not only offsets the 5% interest, it reduces the value (as measured by purchasing power) of the capital.

So higher interest is only of interest (heh) if the risk of default and currency devaluation is low. This brings up another popular narrative: A currency losing value vis a vis other currencies is a good thing because it (supposedly) makes our exported goods and services more attractive because they’re now cheaper.

Wait a minute. So reducing the purchasing power of everyone’s money by devaluing the nation’s currency is a good thing because a handful of exporters might benefit? But since the value of the currency is dropping, how much will they actually gain when measured in purchasing power? And what about the 95% of the people and economy who become poorer as their currency loses purchasing power?

If we put this all together, we see how the Fed might well succeed, with success defined thusly:

2. A much-needed cleansing of distorting excesses due to zero-cost capital has already taken place over the past year.

3. The higher yields on U.S. Treasury bonds and private-sector debt has strengthened the U.S. dollar, increasing the purchasing power of everyone using/holding dollars, i.e. 100% of the American populace, and everyone who owns dollar-denominated assets globally.

Measuring “recession” by the stock market, housing or GDP is misleading. Assets inflated to bubble heights by zero-cost credit must be deflated by pushing the cost of capital high enough to impose much-needed discipline.

Speculation/malinvestment driven by hyper-financialization and hyper-globalization are destructive to the long-term stability and health of the economy and nation and these must be deflated along with the asset bubbles.

If we measure “recession” by the success of reimposing some much-needed discipline via tighter financial conditions and higher rates of interest, we get a much different definition of success. Ironically, the stock market will actually do much better once the excesses of zero-cost capital have been wrung out of the system.

By raising rates aggressively, the Fed has wrung much of this excess out of the system, without many even noticing. By telegraphing the end of The Fed Put, zero-cost capital and excessive stimulus, the Fed has put the world on notice that a weaker dollar and an economy based on speculative malinvestment is no longer “the safe bet.”

That is the definition of success if we care to restore stability and vigor.

It’s hard not to notice the emotional desire of many observers for the Fed to fail. Many object (for good reasons) that the Fed even exists. (I am sympathetic to this view.) Others hope the system collapses in a heap because it so richly deserves it, or because it should collapse for one reason or another.

We can understand the emotional satisfaction to be derived from the all-powerful Fed failing, but if we set aside the many delights of schadenfreude and focus on the long-term stability and vitality of our economy, society and nation, we should cheer aggressively higher rates that are kept high, come what may, as the necessary cost of reimposing desperately needed discipline via higher rates and tightening financial conditions, and an equally needed defense of the nation’s currency.

If the Fed succeeding is a “black swan,” bring it on.