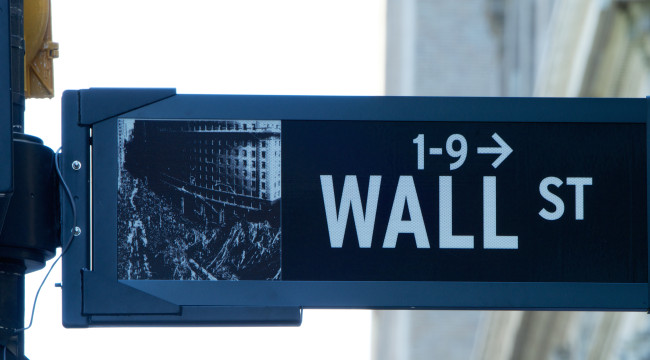 The Biggest Financial Scam Ever (Hint: It’s Not Madoff)

In late 2008, Bernard Madoff shocked the investment world when he confessed the wealth management arm of his business was an elaborate Ponzi scheme. Prosecutors estimated the size of the fraud to be $64.8 billion, based on the amounts in the accounts of Madoff’s 4,800 clients as of November 30, 2008. It was the largest accounting fraud in American history.

But the Madoff scandal pales in comparison to the scam I’m talking about today. The government is involved. Universities are involved. Wall Street is involved. The mainstream media is involved. Everyone is in it. It’s such a widespread scam that I guarantee you’ve been a victim. I guarantee this has cost you money.

What is the biggest financial scam ever?

In the ’80s and ’90s we simply had the biggest bull market in history. Stocks were going up almost every year. So the crowds all bought into the “buy and hold” philosophy. It felt easy. Take this snippet from the Wall Street Journal:

So how did buy and hold become such an unquestioned piece of received wisdom? Like just about any strategy, it worked when the market was going up. Stocks rose for such a long time that the buy-and-hold concept seemed flawless.

Cosmetic and financial services are strikingly similar. They both sell hope. For instance, after the stock market bubble burst in spring 2000 and after the crash of October 2008, the concept of buy and hold as a strategy should have died a stake-to-the-heart death. Despite everything that should have been learned, most still follow this strategy.

“Stay the course.” “Buy the dips.” “Never surrender.” Buy-and-hold mantras are junk science because they never answer the basic questions: “Buy how much of what?” “Buy at what price?” “Hold for how long?”

Consider the Nasdaq market crash of 2000. The Nasdaq reached its highest peak in early 2000. It then dropped by nearly 75%, hitting rock bottom in late 2002. The Nasdaq didn’t recover to that high peak until 2015.

Buy and hold did nothing from 2000 to 2015. If you invested in the Nasdaq in 2000, it took you fifteen years to break even. That’s fifteen years with no return. If your golden years happened during the 2000s, it was tough luck.

The buy-and-hold investor has been led to believe, by an industry with a powerful conflict of interest, that if you have tremendous patience and discipline and stick with it, you will make money. But you need to understand that you can go ten and even twenty years making no return at all, or even losing hugely.

To compound problems, buy and holders often fall prey to a form of market revenge. You bought, then you lost, and now you want your money back. You think, “I lost my money in MSFT, and I’m going to make my money back in MSFT come hell or high water. I will just hold on!” Not wise.

While you lose money with this “buy and hope” nonsense, the entire financial industry lines its pockets with management fees.

Mutual funds still make a fortune selling you the “buy and hold” dream. No wonder they love this strategy. “Keep the money in the markets. Stick with it. And we’ll keep charging you a fee every year.”

Bottom line: Forget stock markets only going up. When the Fed rigs rates to boost stocks to unsustainable levels, bubbles, bubbles, and more bubbles are normal. So can you really stomach your advisor telling you to “just hang in there”?

Even during bull markets 90% of mutual fund managers fail to beat index averages. A child guessing could beat the overpaid suits. It is crazy to stick with a manager, a broker, or any other sort of “professional” who just takes your money to churn fees.

They make money when all hell breaks loose (e.g., 2008). The market winners are trend followers who have learned how to ride the bucking bronco up and down for profit.

Charles Darwin wrote, “It is not the strongest of the species that survives, nor the most intelligent, but rather the one most adaptable to change.” This also applies to investing.

Those who blindly follow the “buy and hold” approach will get killed every time the market collapses. The ones who will prosper are the ones who adapt, who follow the trend, and who make money in both up and down markets.

Well, imagine you’ve just decided to retire after turning 65 years old. You’ve saved $1 million, which seems like enough to support you throughout your retirement years.

Suddenly, the financial markets go into a tailspin much like the 2008 crash. And your retirement account loses 40% of its value in a matter of months.

But here’s the reality.

Even if we assume a generous growth rate of 8% a year, your portfolio won’t last too long.

You will run out of money by the time you’re 82 years old!

You’ve taken good care of your body; and because of recent medical breakthroughs, you now expect to live 20 years longer.

But you have no source of income. You’re dead broke. Now ask yourself, is this really an improbable scenario?

The truth is this so-called longevity risk, the risk that you might outlive your money, is a real threat today.

Naturally, you have the greatest amount of money in the years right before and right after retirement—when you’re transitioning from accumulation to distribution.

That’s the worst possible time to experience a negative return, because it can have a devastating impact on your retirement plans.

If you invest in the stock market over a long period of time, you will experience market drops of 20% or more.

It’s inevitable. It’s part of financial life. Please understand I’m not making a prediction. Nobody can predict the future. But the market has historically suffered a downturn of at least 20% every five years or so. So if you believe the market will not suffer another downturn, you’re in denial.

This could become a huge problem if those losses happen when you’re close to retirement and have a large nest egg. That’s because the withdrawals will reduce the size of the account, making it really hard to catch up.

As a result, the ability of the portfolio to catch up during subsequent years will be greatly diminished, and your longevity risk will likely increase significantly.

And if you’re withdrawing money to cover expenses, then the market will have to go even higher for you just to break even.

Bottom line: unless you expect to live forever (and have enough time to recover from downturns), buy and hold doesn’t work.