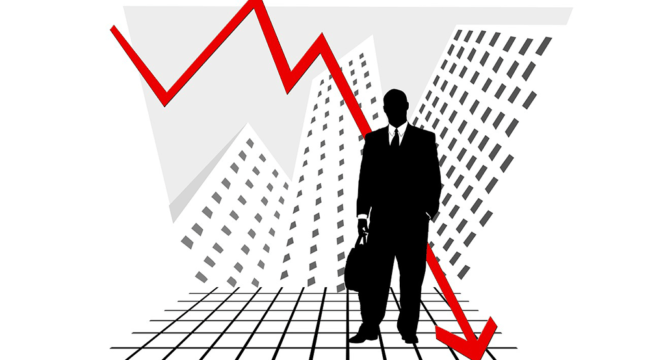 The Biggest Fall in 60 Years

“Labor productivity fell at the fastest rate in more than 60 years in the third quarter, according to a Labor Department report Tuesday.”

It is true, supply chain disorders have played the devil with economic functioning. Equally true, the virus has been working its mischief.

Yet economists had promised us galloping 2021 economic growth after 2020’s tumults. The tumults continue nonetheless.

When will they clear on through? We have yet to encounter a plausible answer.

Meantime, debt levels have streaked to impossible heights since June 27, 2019. The virus and the ensuing monetary and fiscal deliriums were still one year distant.

The United States government has heaped on an additional $6 trillion of debt in the intervening space.

We lack data for 2021, yet hazard no meaningful reducing.

And now we learn productivity is plunging at the dizziest rate in over 60 years.

Productivity growth transformed these United States from a stump-toothed backwater into a global behemoth, an economic Colossus bestride the world.

“Productivity growth over the last 350-plus years is what allowed America to grow from a colonial outpost into the world’s largest and most prosperous economic power.”

Even the Federal Reserve Bank of San Francisco stares the problem square in the eyes:

A larger challenge is productivity. Achieving GDP growth consistently above 1.75% will require much faster productivity growth than the United States has typically experienced since the 1970s.

We have previously raised a possibility: Look to Nixon’s 1971 slamming of the gold window.

The gold standard, though a sad caricature of a gold standard in its dying days, nonetheless enforced an honesty.

A wastrel nation that consumed more than it produced would eventually run through its gold stocks.

The fiat dollar, the unbacked dollar, lifted the penalty. It could take things in without sending gold out.

A liberated Federal Reserve finally struck its golden shackles… spread its nets… and ensnared the nation in debt.

The Financialization of America

Yet the emerging American economy abandoned the grimy toil of the factory floor and the workbench…. and struck out for Wall Street.

It went chasing after the fast buck — the easy buck. The financialization of the American economy was underway.

Ten percent of GDP in 1970, the finance industry grew to 20% of GDP by 2010… like weeds mushrooming through an abandoned factory.

And as weeds choke a flowering garden, finance choked the flowering of labor…

The bottom 90% of American earners advanced steadily from the early 1940s through the early 1970s.

But they’ve been sliding back ever since — or held even at best. In contrast we find the top 1% of earners…

But beginning around 1980 they went leaping ahead… and began showing society their dust.

But perhaps we can declare the race a draw.

Labor’s loss is simply capital’s gain. The economy as a whole comes out even. Money has merely shifted pockets.

Perhaps the transaction even benefits the economy. Capital could wring more productive use out of it than labor.

But has the United States economy benefited from financialization?

Economists Gerald Epstein and Juan Antonio Montecino have plowed through the numbers. These numbers reveal that financialization is — in fact — economically destructive.

Since 1990… these gentlemen conclude the financial sector has drained trillions and trillions from the United States economy:

What has this flawed financial system cost the U.S. economy?… We estimate these costs by analyzing three components: (1) rents, or excess profits; (2) misallocation costs, or the price of diverting resources away from non-financial activities; and (3) crisis costs, meaning the cost of the 2008 financial crisis. Adding these together, we estimate that the financial system will impose an excess cost of as much as $22.7 trillion between 1990 and 2023, making finance in its current form a net drag on the American economy.

Yet these gentlemen settled upon their $22.7 trillion figure prior to the pandemic. We have seen no update. But we hazard it would be an even greater enormity.

But the Federal Reserve must keep the show running with greater debt yet — else the curtain falls, and the lights go dark.

It is a dreadful cycle. Eventually it leaves the cupboards bare. It leaves the future empty.

Average real annual economic growth since 2009 runs to some 2.2%.

Jim Rickards calculates the United States would be $4 trillion richer — had the 3.22% trend held this past decade.

Productivity is likely the lone way up. And productivity has just plunged at its greatest rate in 60 years…