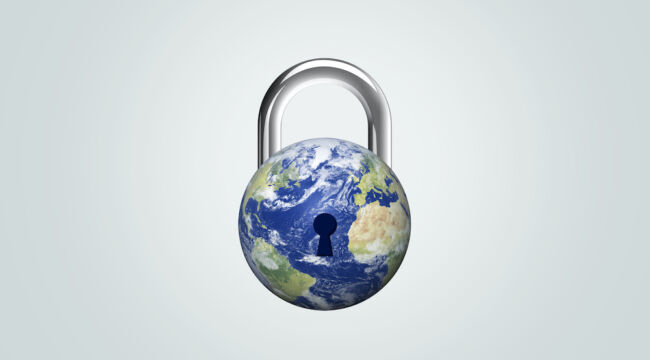 The Biggest Crime Against Humanity in Two Centuries

Now John Tamny, the libertarian star of Forbes’Real Clear Markets, has unleashed a devastating tract, to be published as soon as possible, entitled When Politicians Panicked: The New Coronavirus, Expert Opinion, and a Tragic Lapse of Reason.

Naming names and describing the endless carnival of outrageous overreach, Tamny vividly shows that Governor Baker is just one of many demented governors reveling in power like a Charlie Chaplin Fuhrer during this mass media madness.

Tamny is not much interested in COVID-19 data, except to dismiss the virus drama as just another epidemic event like scores of others over the centuries. He derides the call to continue lockdowns until the arrival of vaccines. He quotes Holman Jenkins of the Wall Street Journal:

“There were no vaccines for the ’57 Asian flu [that caused 70,000 US deaths, including many young people (nearly equivalent to COVID-19 deaths adjusted for population)], or the ’68 Hong Kong flu or the 1918 Spanish flu [50 million world deaths]. They were never ‘cured.’ They ended when people decided to accept and adapt to the virus’s existence.”

Nothing offers any answer to the all-cause death data that show COVID to have been a trivial event in medical terms, with some 300,000 lives lost, average age over 80, in the face of some 58 million global all-cause deaths in 2019. COVID deaths, even according the Imperial College of London, will be drastically fewer in 2020 than the some 1.4 million new tuberculosis deaths resulting from the lockdowns and COVID hospital distortions.

As Tamny points out, the relative triviality of COVID-19 was blatantly evident as early as March 18, 2020, when Fred Smith, the venerable FedEx founder-CEO, was interviewed by Fox News’ Bret Baier.

Smith had extensive operations in the epicenter of the virus in Wuhan, China, and 907 employees there, delivering packages for weeks all over the stricken city. All employees were tested for the virus and only four tested positive. Of those four, two proved to be false positives. None of the FedEx workers got exceptionally sick and all recovered.

Tamny concluded: “That [Smith’s Wuhan] employees were largely spared the virus’s spread, and that none had died from it, reads as a reasonable market signal going back over two months (and realistically much longer than that) [discrediting] the presumed lethality of COVID-19.” COVID seems chiefly to threaten people already dying and physicians who expose themselves repeatedly to a load-dependent viral attack.

How can anyone with a brain believe that the lockdowns do any good whatsoever in the face of global evidence that the virus ignores them (and masks make you sick).

As Jay Richards, Cornell statistician William Briggs and biologist Doug Ax show conclusively in their new book, The Price of Panic, out in October, and the Israeli Space Program researchers showed in April, the epidemic is totally unaffected by lockdowns.

With no lockdowns, for example, Sweden did no worse than the European average in deaths and suffered merely a 1.5% GDP drop, compared to our 35%.

“There is no signature whatsoever in the data of any effect of lockdowns,” as Richards reports. Lockdowns are merely economic self-abuse, which is of course the favorite prurient activity of leftists and perhaps explains their affection for masks.

What we have undergone is an egregious and perhaps criminal and certainly unconstitutional power grab by politicians. Whether merely stupid or demagogic or driven by polls or by a maliciously political media, the politicians from Trump on down simply blundered like no others in the history of public policy.

“Proper history,” Tamny writes, “will indicate that what happened in 2020 was a global debacle… The reaction by pols… amounted to the biggest crime against humanity [in two centuries]. When politicians panicked, those with the least suffered in unimaginable ways…

According to a UN study he cites, some 285 million people may die of starvation [because] of “an American upper middle class that was making decisions for everyone and for whom lockdowns were merely an inconvenience or vacation.”

“To blame this on the coronavirus is to excuse ineptitude that is the norm when the combined decentralized knowledge of millions and. billions of humans is ignored in favor of the centralized and highly limited knowledge of very few politicians, and even fewer experts.”

“In robbing us of our freedom to live and work as we wanted…politicians suffocated wealth creation along with the information necessary to save us from the maladies and death brought by the virus. [It was] tragic…The expert standard replaced the market standard…”

Tamny understands economics with an intuitive and uncanny contrarian eye that penetrates beyond all the macroeconomic fantasies of conventional economists. He points out:

“If the virus had been lethal, the lockdowns would have made even less sense…The biggest enemy of life is poverty.” Lockdowns simply cause poverty without relieving disease in any way.

“Let’s never again fight disease with the taking of freedom and wealth so essential to knowledge, prosperity, and by extension life itself.”

As Jeffrey Tucker of the American Institute for Economic Research declares: “This country needs a serious anti-lockdown movement, one that is not just political but cultural and intellectual, one that is deeply educated on history, philosophy, law, economics, and all sciences, and can rally around traditional American civic postulates concerning individual freedom and the limits of governments, and also around universal principles of human rights. If liberty means anything, it means that we are not locked down.”

Tamny is giving us a heroic book just in time. We have been suffering not from a medical crisis but from a political and economic and institutional crisis. We have undergone a vast breakdown of moral, educational, intellectual and journalistic standards. Tamny tells this story better than anyone else. All should read his shocking tale.

But why on earth did President Trump go along with the suicidal Leftist parade, now even donning a ridiculous pathetic mask with VP Pence?

I am genuinely and completely baffled. It may be true that leftists so cherish their global COVID-coup that they cannot see the real world at all. But why Trump and Pence? Are they merely dotty old men following doctors’ orders? And are the credentialed clowns around them simply hallucinogenic and blind to the data that proves no crisis?

Are the politicians deliberately lying to preserve their hypertrophied powers in the face of their catastrophic mistake? I really don’t think so, but how else can you explain their power mad edicts? Or Doctor Fauci’s new call for mandated goggles? Masks are not enough! Or are these pompous tyrants criminally gullible and stupid?

I suspect it is all uncoordinated but flawless preparation for a repeat performance in the name of climate change. We must remember that crisis is the health of the state, and of statists.

And if we are to prevail under these conditions we have to reward companies around the world that boldly proceed with the human endeavor in the face of risk and madness.