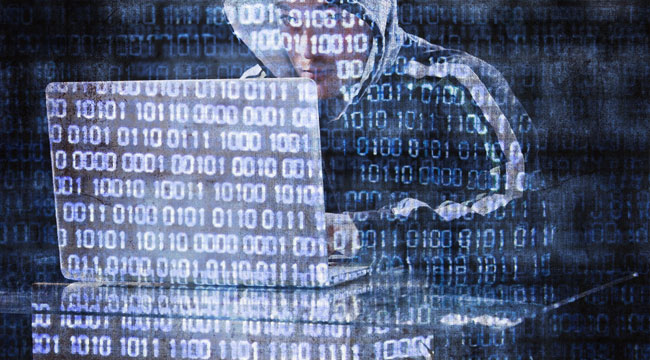 The Best Way to Play a Desperate NSA

It’s official: a fifth domain of warfare has emerged. Battles no longer need to be waged by the world’s armies, navies or air and space forces. Its warriors need not be heard or even seen by the public — for their weapons don’t consist of bullets, missiles or bombs. Attacks will beam across oceans over glass fibers at the speed of light, course over copper wires on finely tuned electron pulses or ride through the ether on electromagnetic waves.

These shadowy battles of the future will use weapons of binary-encoded signals that propagate across the global network known as the Internet. Welcome to war’s newest front: cyberspace.

Unlike traditional warfare’s battlefields, cyberspace is invisible, knows no boundaries and is capable of covertly and inexpensively compromising the security of nations, financial institutions, industrial systems, public health, personal identity and individual freedom.

The new landscape of crime and war extends beyond military targets and key infrastructure. It is also a war on you. The good news is: technological innovators are charging ahead to provide solutions in order to secure networks and devices, protect confidential data and immunize the many systems woven into cyberspace.

Unfortunately, unlike the average person, organizations like the NSA have billions of dollars to spend hiring some of these innovators. Which ones, we don’t always know for sure. But one thing we do know: cyber security is in growing demand, and every investor should check out some options on how to gain exposure to this expanding market.

The Battlefield in Your Pocket

Mobile computing technology is facilitating everything from mobile payment processing to banking and instantaneous stock trading. This gives cybercriminals new targets that haven’t had much time to develop resistance to malicious viral code.

It was different back in the 1990s, when a mobile phone didn’t do much more than place a call. Then (and still now), the PC market was dominated by Microsoft’s Windows, with Apple’s offerings occupying a minority slice of the desktop-computing pie (that’s why you probably don’t remember getting many viruses on your Apple devices).

The dominance of the Windows operating system made (and still makes) it an attractive target for hackers writing code to exploit software vulnerabilities. From a hacker’s perspective, writing a virus for Windows systems simply provided more bang for the buck — especially since most “work” computers operate on the Window’s operating system.

Nowadays, however, smartphones are claiming more of a share in personal computing. In the past, smartphones escaped attention because they previously represented a relatively small installed base — and tablets didn’t even exist in appreciable quantities until very recently.

The sheer number of smartphones that will be on the Internet in the years to come makes them a logical target for hackers, scammers and thieves. Google’s mobile operating system, Android, and Apple’s iPhone and iPad operating system, iOS, are increasingly being used in workplace environments. We will see only more exploits as cybercriminals find new ways to gain unauthorized access and control. This creates lucrative opportunities for innovators working on ways to secure mobile computers.

As you can imagine, these new “battlefields” have made for an extremely complex defense problem. In fact, there’s evidence to suggest we may even be in a “cyber cold war” with China… and it’s heating up. In May 2010, Gen. Keith Alexander outlined his views in a report for the United States House Committee on Armed Services subcommittee.

“My own view is that the only way to counteract both criminal and espionage activity online is to be proactive. If the U.S. is taking a formal approach to this, then that has to be a good thing. The Chinese are viewed as the source of a great many attacks on Western infrastructure and, just recently, the U.S. electrical grid. If that is determined to be an organized attack, I would want to go and take down the source of those attacks. The only problem is that the Internet, by its very nature, has no borders, and if the U.S. takes on the mantle of the world’s police, that might not go down so well.”

The threat is too large and pervasive for the government to handle on its own. It will require the focus of private resources to secure what has become an indispensable technology — the electronic Swiss army knife we carry in our pockets and purses.

One thing is for sure: We’re understaffed. In fact, President Obama issued Executive Order 13636 on Feb. 12, 2013, with the sole purpose to improve the cybersecurity of our critical infrastructure by getting the government and the private sector working together immediately.

Government agencies are also reaching out to the hacker community in order to collect talent. To further these same ends, the CIA now has its own venture capital arm, In-Q-Tel, which it is using to fund startup cybersecurity firms. The bottom line is that the race to secure our digital borders is on — and it will take all hands on deck to make it happen!

Four Financial Forts, Where You Could Hunker Down in This Cyber War

Our Technology Profits Confidential premium subscribers recently learned the best way to play cyber security in the mobile space. But for Tomorrow in Review readers, we can at least provide some fundamental analysis on companies with technological solutions.

One company leading the market with its next-wave cyber security technology is Palo Alto Networks, Inc. (NYSE: PANW). Here’s a quick check of its fundamentals:

Second is Sourcefire, Inc. (NASDAQ: FIRE). Here’s the breakdown of their fundamentals:

This company’s P/E based on 2014 estimates is 45X. FIRE has no debt and has $125 million in cash, representing about 7.5% of its market capitalization of $1.65 billion. One big concern is that its earnings estimate for the June 2013 quarter has had a 28% decline. FIRE stock is going to get hit if they reduce their growth estimate for the remainder of 2013. Insider ownership is 2.73% (no insider buying in the last 6 months).

P/E based on 2014 estimates is 16X. With estimated growth of 20% and sales at 3.3X times, that’s cheap. TIBX has $563 million in debt, $807 million in cash, with net cash at 7.2% of $3.37 billion market cap. Estimates for the next quarter have declined by 30%. Even though TIBX is cheaper than FIRE, the stock will probably go down if they reduce their growth estimate for the rest of 2013. TIBX does have a $300 million stock buyback happening. That may stabilize the stock if it goes down. Insider ownership is 5.19% (with no insider buying in the last 6 months).

Their P/E based on 2014 is 31X. That looks okay against growth of 22%. FTNT is expensive when you compare to its sales at 5.3 times. But it has no debt and $460 million in cash, representing about 15% of its $2.96 market capitalization. Estimates for the next quarter declined by 40%. Even though FTNT is not crazy expensive, this stock will go down if their growth estimate for 2013 is reduced. FTNT has insider ownership of 16.5% but no recent insider buying.

Keep an eye on this space, as this cyber cold war is sure to heat up!