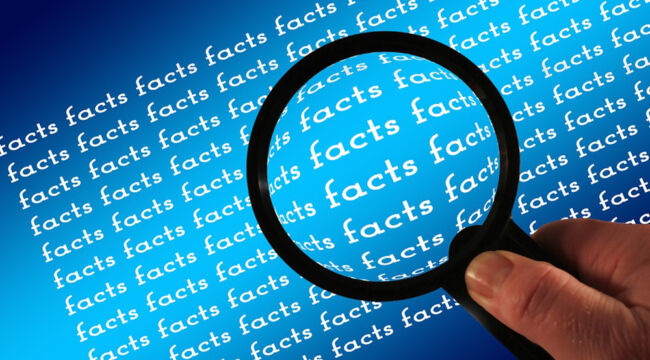 Some months back we sounded the klaxon about “Biden Bucks.”

To speed the digital dollar along, Mr. Biden signed Executive Order 14067 on March 9. From which:

My administration places the highest urgency on research and development efforts into the potential design and deployment options of a United States CBDC. These efforts should include assessments of possible benefits and risks for consumers, investors and businesses; financial stability and systemic risk; payment systems; national security; the ability to exercise human rights; financial inclusion and equity; and the actions required to launch a United States CBDC if doing so is deemed to be in the national interest.

“If” in the national interest— of course.

We bet high the financial authorities will determine a United States CBDC is indeed in the national interest.

If mistaken: We will devour these words without salt, without butter, without water to help them down. It is not a wager we will lose.

Congress Makes Its Own Push for CBDCs

Meantime, on March 29, mere days after Mr. Biden set forth his edict…

So far, the skeleton facts.

Yet it is the implications of Executive Order 14067 and H.R. 7231 that raised Jim Rickards’ hair… and froze his blood.

This latter-day Paul Revere instantly took to his horse, galloping alone through the countryside, warning all within earshot… that the purely digital dollar represents a unique and looming menace to American liberty.

Here is what so alarms Jim Rickards about the purely digital dollar — “Biden Bucks”:

The cash currency we have now will be replaced with new, programmable digital tokens.

But the truth is few outside the deep state recognize Biden’s move for what it really is.

This new currency will allow for total control of all American citizens.

Because every “digital dollar” will be programmed by the government… that means they will be able to “turn on or off” your money at will.

Not only that, but they’ll be able to TRACK and RECORD every purchase you make.

Continues Mr. Revere, screaming at the top of his lungs:

This would dramatically expand the power and influence of the federal government… essentially acting as a new type of “spyware.” With Biden Bucks, the government will be able to force you to comply with its agenda…

China has already developed its own digital yuan, incidentally. Jim believes the digital dollar may worm its way into existence as early as next year.

Do you believe Jim is putting out false alarms — or that he traffics shamefully in “conspiracy” theory?

Jim would merely direct you to Canada’s truckers. Thousands of them rose in protest against their government’s vaccine mandates last winter.

In response Canada’s “liberal” prime minister — Trudeau — proceeded to order banks to ice their assets, some $6 million in all.

If Canada… why not the United States?

One central obstacle barricades the royal road to the digital dollar: cash.

‘No Cash for You, Subject!’

Cash is the money of anonymity. It passes hand to hand without government notice or supervision.

Cash may purchase you your firearms, your ammunition, your gas-guzzler, your authentic meat and far more — all beneath government’s prying eye.

It cannot sink its snout into your private affairs.

That is precisely why, Jim maintains, the elimination of cash is central to the CBDC plot. The cash holder can simply beg off. He can excuse himself from the entire project.

In brief: So long as cash circulates in appreciable bulk, the digital dollar remains the central planner’s dream — and the citizen’s nightmare.

This mainstream publishing house enlisted its “fact-checkers” to set Jim to rights and knock him down. The result was an Associated Press release bearing this predictable title:

“Executive Order Does Not Usher in Cashless Society.”

CLAIM: President Joe Biden signed an executive order in March 2022 that will introduce a cashless society, make paper money worthless, give the government new power to inhibit purchases and create a social credit score system like the one in China, which would punish people financially for certain behaviors.

AP’S ASSESSMENT: False. The executive order doesn’t do any of these things. It urged the Federal Reserve to explore whether the central bank should create its own digital currency and directed the Treasury Department and other federal agencies to study the impact of cryptocurrency on financial stability and national security.

This claim and other claims that the executive order renders paper money worthless or implements a new social credit score system are false, according to Aaron Klein, a senior fellow in economic studies at the Brookings Institution.

The goal of digital currency wouldn’t be to eliminate cash, according to [Cornell University economics professor Eswar] Prasad. It would serve as an alternative payment option that is more accessible, compared to existing digital payment options that usually need to be linked to a bank account or credit card.

Just so. Yet we would remind you that mainstream “fact-checkers” assured us that the mRNA vaccines were “safe and effective.”

Hundreds of thousands, if not millions, will attest to the contrary — so long as they are alive to attest.

The same “fact-checkers” denounced the use of such medicines as hydroxychloroquine and ivermectin — both of which boasted substantial clinical formidability against COVID.

How many lives these “fact-checkers” cost, we do not know. Yet we wager the number is handsome. And the authentic facts are available if you are willing to locate them.

Prior to 2020’s presidential election, the “fact-checkers” claimed that Hunter Biden’s infamous laptop computer was the product of Russian disinformation.

Yet it was the “fact-checkers” who were fanning disinformation. The story was accurate to its very fingertips.

Examples multiply and multiply. We therefore counsel caution before accepting the verdict of “fact-checkers.”

The Associated Press states that Executive Order 14067 merely urges the financial authorities to study the viability and practicality of the digital dollar.

It does not “introduce a cashless society, make paper money worthless, give the government new power to inhibit purchases and create a social credit score system like the one in China, which would punish people financially for certain behaviors.”

This is of course true in the literal sense. Executive Order 14067 demands none of them.

Yet the Patriot Act’s stated purpose was to guard against terrorism — not to transform the flying experience into a penitentiary visit.

It has become one regardless and the Patriot Act was its warrant.

Here a colleague — and a former member of The Associated Press — razzes his former employer:

We do not believe the horrors of which Jim warns will materialize the instant the digital dollar is enthroned.

Its creators may in fact mean the best in the world. They may believe the digital dollar rises above all politics.

Yet in time the pull of political partisanship will wear them down.

What was initially inconceivable becomes suddenly conceivable when temptation dangles in front of a man.

He may convince himself that the digital dollar may stop the resurfacing of a Donald Trump. Save countless millions from “vaccine disinformation.” Save the planet. Democracy itself.

Who Will Guard the Guardians?

The slope is steep and the slope is slippery. Thus the “good man” devolves into the tyrant — and with the roaring approval of his conscience.

And have you noticed how the Internal Revenue Service leans especially hard on political opponents of reigning presidents?

We hazard the digital dollar will truly set them loose. When has government ever refused a power?

When has a shark ever declined a meal?

Thus the eternal question will soon surface afresh: Who will guard the guardians?

Please be sure to come back tomorrow because Jim will have the entire floor. He will have much more to say about “Biden Bucks” and what they mean for you.