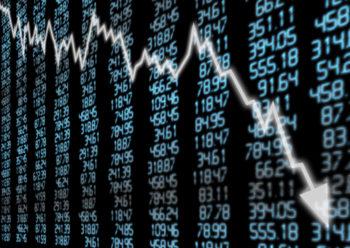 The 7 Stages of a Financial Bubble

“Is there a market bubble?” That’s the question I’m asked repeatedly. When I reply honestly, “I hope so,” the person asking me will sometimes get angry.

“You want the market to crash?” asked one young man incredulously, at an event where I was a featured speaker.

Apparently not wanting to hear the rest of my explanation, he stomped off muttering something like “moron.”

I’ve covered this subject of booms, busts, and bubbles before in my columns and books. But since the world seems to be on the brink of so many different booms and busts, I think it’s a good time to revisit it.

Look at the market right now. The Dow is about 3,000 points off its October high. And it could get a lot worse.

Over the years, I have read several books on the subject of booms and busts. Almost all of them cover the Tulip Mania in Holland, the South Seas Bubble, and, of course, the Great Depression. One of the better books, Can It Happen Again?, was written in 1982 by Nobel Laureate Hyman Minsky. In this book, he described the seven stages of a financial bubble. They are:

Stage 1: A Financial Shock Wave. A crisis begins when a financial disturbance alters the current economic status quo. It could be a war, low interest rates, or new technology, as was the case in the dot-com boom.

Stage 2: Acceleration. Not all financial shocks turn into booms. What’s required is fuel to get the fire going. After 9/11, I believe the fuel in the real estate market was a panic as the stock market crashed and interest rates fell. Billions of dollars flooded into the system from banks and the stock market, and the biggest real estate boom in history took place.

Stage 3: Euphoria. We have all missed booms. A wise investor knows to wait for the next boom, rather than jump in if they’ve missed the current one. But when acceleration turns to euphoria, the greater fools rush in.

By 2003, every fool was getting into real estate. The housing market became the hot topic for discussion at parties. “Flipping” became the buzzword at PTA meetings. Homes became ATM machines as credit-card debtors took long-term loans to pay off short-term debt.

Mortgage companies advertised repeatedly, wooing people to borrow more money. Financial planners, tired of explaining to their clients why their retirement plans had lost money, jumped ship to become mortgage brokers. During this euphoric period, amateurs believed they were real estate geniuses. They would tell anyone who would listen about how much money they had made and how smart they were.

Stage 4: Financial Distress. Insiders sell to outsiders. The greater fools are now streaming into the trap. The last fools are the ones who stood on the sidelines for years, watching the prices go up, terrified of jumping in. Finally, the euphoria and stories of friends and neighbors making a killing in the market gets to them. The latecomers, skeptics, amateurs, and the timid are finally overcome by greed and rush into the trap, cash in hand.

It’s not long before reality and distress sets in. The greater fools realize that they’re in trouble. Terror sets in, and they begin to sell. They begin to hate the asset they once loved, regardless of whether it’s a stock, bond, mutual fund, real estate, or precious metals.

Stage 5: The Market Reverses, and the Boom Turns into a Bust. The amateurs begin to realize that prices don’t always go up. They may notice that the professionals have sold and are no longer buying. Buyers turn into sellers, and prices begin to drop, causing banks to tighten up.

Minsky refers to this period as “discredit.” My rich dad said, “This is when God reminds you that you’re not as smart as you thought you were.” The easy money is gone, and losses start to accelerate. In real estate, the greater fool realizes he owes more on his property than it’s worth. He’s upside down financially.

Stage 6: The Panic Begins. Amateurs now hate their asset. They start to dump it as prices fall and banks stop lending. The panic accelerates. The boom is now officially a bust. At this time, controls might be installed to slow the fall, as is often the case with the stock market. If the tumble continues, people begin looking for a lender of last resort to save us all. Often, this is the central bank.

The good news is that at this stage, the professional investors wake up from their slumber and get excited again. They’re like a hibernating bear waking after a long sleep and finding a row of garbage cans, filled with expensive food and champagne from the party the night before, positioned right outside their den.

Stage 7: The White Knight Rides in. Occasionally, the bust really explodes, and the government must step in—as it did in the 1990s after the real estate bust when it set up an agency known as the Resolution Trust Corporation, often referred to as the RTC.

As it often seems, when the government does anything, incompetence is at its peak. The RTC began selling billions of dollars of unbelievable real estate for pennies on the dollar. These government bureaucrats had no idea what real estate is worth.

In 1991, my wife Kim and I moved to Phoenix, AZ, and began buying all the properties we could. Not only did the government not want anything to do with real estate, amateur investors and the greater fools hated real estate and wanted out.

People were actually calling us and offering to pay us money to take their property off their hands. Kim and I made so much money during this period of time we were able to retire by 1994.

There you have the seven stages of a financial bubble. And we could be nearing the end. But let me say it again: I love market crashes. I love them because that’s the best time to buy — finding true value is a lot easier during such periods.

And since so many people are selling, they’re more willing to negotiate and make you a better deal. Although a crash is the best time to buy, the market’s high pessimism also makes it a tough time to do so.

I remember buying gold at $275 an ounce in the late 1990s. Although I knew it was a great value at that price, the so-called experts were calling gold a “dog” and advised that everyone should be in high-tech and dot-com stocks.

Today, with gold above $1200 an ounce, those same experts are now recommending gold as a percentage of a well-diversified portfolio. Talk about expensive advice.

My point is that this current period is a tough time to buy or sell. Real estate is high, interest rates are high — and climbing, the stock market is a roller coaster, the U.S. dollar is low, gold is high, and there’s a lot of money looking for a home.

So, the lesson is: Now, more than ever, it’s important to focus on value, not price. When prices are low, finding value is easy.

When prices are high, value is a lot harder to find — which means you need to be smarter, more cautious, and resist your knee-jerk reactions. A final word from Warren Buffett: “It’s only when the tide goes out that you learn who’s been swimming naked.”

Now you know why I say, “I love market crashes.”

Although my wife and I continue to invest, we’re more like hibernating bears waiting for the party to end. As Warren Buffett says, “We simply attempt to be fearful when others are greedy, and to be greedy only when others are fearful.”

So instead of asking, “Is it a bubble?” it’s more financially intelligent to ask, “What stage of the bubble are we in?” Then, decide if you should be fearful, greedy, or hibernating.

Based on recent action, it might be time to get greedy.