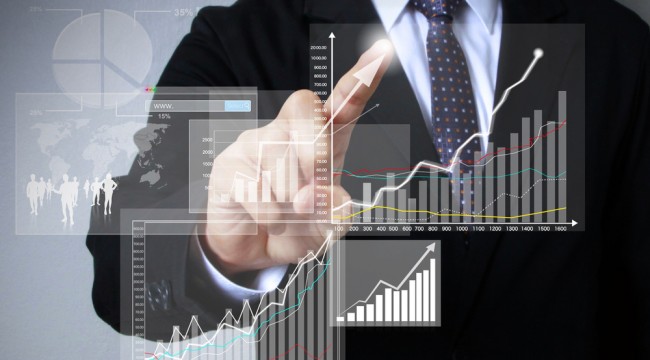 The new year is off to an interesting start. With inflation dove Janet Yellen helming the Fed, another recession possibly imminent and Wall Street still making a killing, it’s as good a time as any to review some of the best sources of independent financial and economic thought out there.

Besides, of course, our own numerous free publications and some of the bigger blogs like Zero Hedge and Seeking Alpha, there is a broad selection of outstanding investing blogs that cover everything from ETFs to metals to disaster prepping. We decided to put together a list of some of our favorites. Enjoy!

1. Investment Contrarians: These guys called the housing crisis in 2006 and pushed gold back in 2002 when it hit $300 an ounce. A great contrarian resource, they also publish a newsletter.

2. Vitaliy Katsenelson’s Contrarian Edge: Forbes called him “the new Benjamin Graham.” This Russian-born university professor and author of two books on value investing has a popular blog on investing, music and life as well.

3. A True Contrarian: Steven Jon Kaplan has been publishing a daily newsletter and blogging since 1996. He also holds conferences every year and has appeared on Market Watch.

4. Alt-Market: This website exists to facilitate networking, local community action, and the exchange of knowledge and ideas. They “promote decentralization, localism, and the de-globalization of human economic systems” according to their website. They’re also one of the blogs read by Zero Hedge.

5. Gonzalo Lira. Despite being a low-tech blogspot.com site, Gonzalo Lira’s blog boasts over 5.5 million views in just the last three years of its existence. Great insights in economics and finance. Be warned: He believes Bitcoins are tulip bulbs.

6. Hedge Accordingly: This site has a forum and a premium service and has been published continuously since January 2008. It is thorough as it is comprehensive and offers up pithy witticisms.

7. Marc to Market: This blog by financial analyst, NYU professor, head of currency strategy at Brown Bros. Harriman and author Marc Chandler is known for its great graphics and insightful Fed analysis. He’s also been featured on everywhere from Foreign Affairs to CNBC and NPR.

8. Maxkeiser.com: Max Keiser, a well-known finance guru, is the host of RT’s The Keiser Report, as well as a radio show out of London. He is known for his biting satire and contrarian perspective.

9. Capitalist Exploits: This blog seeks to “educate and enlighten capitalists around the world to the exciting opportunities available in frontier markets.”Proud of their controversial contrarian opinions and track record of finding lucrative investments in little-known parts of the world.

10. Of Two Minds: No. 7 in CNBC’s top alternative financial sites, this blog covers a wide range of topics such as Asia, the global financial crisis, social issues and much more.

11. TF Metals Report: TF stands for Turd Ferguson, which should ring with any fan of Norm MacDonald or SNL. Turd claims to be a former financial planner turned serial entrepreneur and writes his popular metals blog about the “end of the Great Keynesian Experiment.”

12. Liberty Blitzkrieg: Written by a “recovering Wall Street employee,” former Lehman Bros. analyst Michael Krieger, this one has been focusing a lot on the Bitcoin phenomenon.

13. Market Folly: Folly publishes a blog regularly since 2008 and also sells a newsletter called “Hedge Fund Wisdom.” The blog features a great blend of both high-level insights and technical analysis.

14. Bearish News: This blog is video-heavy and includes a lot of very libertarian political musings in addition to some great analysis about central banking.

15. Market Montage: This blog is written by Mark Hanna of Hanna Capital LLC and is heavy on technical analysis for those who like charts and numbers, but also blends in some wit and snark.

17. Demonocracy: This is a really cool site devoted to infographics that illustrate some of the less appealing economic realities in the world. A great resource for visualizing how the world really works.

18. Coyote Blog: This is a blog about climate science and has a fascinating historical take on free markets, such as market forces during the Irish potato famine.

19. Value Walk: This is a great blog that focuses on value investing. There’s also a heavy focus on technology and Internet companies.

20. Shanky’s Tech Blog: Another great one for those who love digging into technical analysis.

22. Testosterone Pit: A cynical, tongue-in-cheek perspective on economic and political entanglements in the U.S., the E.U., Japan, and occasionally elsewhere by startup entrepreneur Wolf Richter.

23. The Reformed Broker: By NY based investment adviser Joshua Brown, who has been cited by The Wall Street Journal, CNBC, The New York Post and Yahoo Finance, to name a few. Josh provides a running commentary on his market-based insights, along with a little sarcasm and pop culture.

24. Chris Martenson Daily Digest/Peak Prosperity: This is a great digest of economic and investment ideas compiled from blogs and news sites around the Web.

25. RealClearMarkets: Another superb digest by the people who brought you Real Clear Politics.

26. A Fistful of Euros: This blog gets into European economics, politics, culture and history. Lots of charts, but easy to read, published continuously since 2003.

27. Gold Scents: Lots of charts and technical analysis, with a focus on PMs.

30. Dealbreaker: A great site for Wall Street business news. You can also send them anonymous stock tips via phone or email.

32. SHTF Plan: This libertarian blog is economics and politics with a survivalist twist, for those who like to prepare for whatever apocalypse suits them.

33. iTulip.com: This is a reeeally old blog (since January 1999). As such, its not the most attractive or best organized, but its authors have called several of the major bubbles since then and have a solid track record.

36. My Budget 360: A great blog dealing with budgeting and personal economics and relating it to major economic trends.

37. The Daily Gold: This all-metals blog by Jordan Roy-Byrne, CMT, is free observations by the author. His premium portfolio boasts a better three-year return than major metals indeces.

38. The Baseline Scenario: One of the many blogs that sprang up as a response to the 2008 crisis, this one has a multi-media “how to” section for showing people how to deal with the fallout of the Fed’s bad decisions. Also digs into banking and foreign policy.

39. Calculated Risk: This site provides concise and accessible summaries of all the key economic data and developments going on today. Writer Bill McBride is among the pantheon of contrarians who predicted the housing crisis back in 2005. They also made Time magazine’s list of 25 best financial blogs.

40. The Future of Capitalism: Written by Ira Stoll, author of JFK, Conservative and former editor of the New York Sun.

41. Shadow Government Statistics: This is a must-see reference. ShadowStats puts together government statistics calculated the way they were in the 1980’s and 1990’s, so you have an easy reference for how government inflation calculation has changed in the last 30 years. It’s very eye-opening.

42. Angry Bear: This popular blog has made several lists, including The Wall Street Journal’s and Minyanville’s list of most influential blogs. They cover global economics, taxes, regulation, healthcare and a variety of other topics.

43. Survival Blog: “The daily Web log for prepared individuals living in uncertain times.” Besides the more obvious prepper material, this has some helpful information about home remedies for everything from a twisted ankle to poison ivy, along with dozens of other useful topics.

44. The Financial Armageddon: This is an interesting and lively blog that tracks whistleblowers, contrarians, journalists, conspiracists and doomsayers, without endorsing any particular views.

45. The Prudent Bear: An all-in-one resource center for bear market news, compiling alerts from Reuters and Bloomberg with its own market commentary.

47. Inflation Watch: Two guys that track inflationary trends in the economy that don’t necessarily get represented by the Department of Labor numbers.

48. FierceFinanceIT: All about Wall Street.

49. LOLFed: A meme-heavy, irreverent look at the lunacy of the economic world.

Jason Farrell
For The Daily Reckoning

P.S. Jim Rickards Plan for the Next Financial Crisis (claim your free copy HERE) goes beyond the election noise and prepares you for the next crisis.  Do not let another dollar hit your bank account before claiming and reading this book.

What to Do Ahead of Next Week's FOMC Meeting