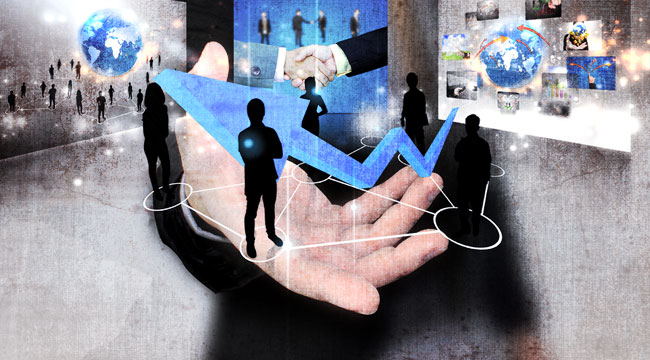 The 3-D Printing Software Giant Nobody Is Talking About

Lady Liberty wasn’t the only gift the French people gave to The States.

Right now, a French-based enterprise is assisting in the same American Renaissance we’ve been covering this week here at Tomorrow in Review.

I’m talking, of course, about the additive manufacturing or 3-D printing revolution.

Over the months, we’ve covered key companies that have flourished due to ever-improving technology and affordability in this space. It’s made investors fortunes along the way.

Among the companies we’ve covered are: Stratasys, Ltd., 3D Systems Corporation, ExOne Co., and Organovo Holdings, Inc. Since our initial coverage, every single one has gained in value — with the exception of Organovo, the bioprinting company we argued was a bunch of hype.

These companies have gotten the most attention, as they actually manufacture 3-D printers and lead the industry in such hardware. But there’s another opportunity we’d like to bring to your attention that hasn’t gotten as much love.

The first reason it hasn’t gotten much love is that it’s a software company. And second is that it’s across the pond. Nevertheless, the company I’d like to tell you about today has superior software that’s infiltrating nearly every facet of the 3-D printing realm.

Their vision, according to their website, is to “combine the physical with the digital world.”

While the company says it was officially incorporated in 1981, its real start was in 1977.

15 engineers of Avions Marcel Dassault responsible for supporting the aircraft building process broadened their goal of developing 3-D computer-aided design software. Without getting into the nitty-gritty, they designed it to include applications in other industrial sectors.

By 1980, the top man at the company, Marcel Dassault, at the ripe age of 88, wanted to see the new software demonstrated. He and company’s engineers quickly saw the new vision for the technology. He wanted to leverage it.

The only problem was that, internally, they could not afford it. So a spinoff was created to explore the computer-aided design and computer-aided manufacturing market (CAD/CAM).

To help the spinoff sell its product, it reached out to Dassault’s major clients at IBM in France, and an agreement was negotiated to sell their software for 50/50 revenue sharing. According to one industry expert, that move is now considered as “one of the fundamental success factors in the history of Dassault Systèmes.” The company’s sales through the long-standing relationship with IBM accounted for 52% of the company’s total revenues in 2005.

Dassault’s software was noticed in other sectors besides aeronautical design, such as consumer goods, machinery, automotive and shipbuilding. Over the years, Dassault Systèmes improved its software. It expanded overseas and triggered a rapid succession of products, acquisitions and partnerships, leading to what is now known as Dassault Systèmes.

By the 21st century, CAD/CAM became too restrictive to be identified with Dassault Systèmes products.

It was replaced by product lifecycle management (PLM) and broken down to address the full PLM spectrum: with different names like DELMIA to support manufacturing, ENOVIA to support internal and external collaboration, SIMULIA for analysis and simulation, Solid Works for 3-D modeling and 3DVIA for 3-D visualization.

Since 2007, the company ventured into online applications or “network as a platform” concepts — cloud computing, in other words.

The same strategy was followed in every acquisition ever since. And since 2010, Dessault has been acquiring companies like there’s no tomorrow. You can check out their subsidiaries on their website in the order they were created (look under products).

Which software will benefit 3-D printing?

But it’s Dessault’s recent acquisition that will directly affect its 3-D printing prospects even more so. In a bid to extend its lead, Dassault Systèmes recently announced the acquisition of SIMPOE. It is a leader in plastic injection molding simulation, which forms a major part in the manufacturing of technological equipment.

Besides that, the acquisition is expected to expand the simulation and designing capabilities of its 3D Experience. With software improvements, Dassault Systèmes can picture a profitable future as competition in 3-D printing on an industrial scale begins to increase. Although the particulars of the deal were not mentioned, the acquisition should be a huge value addition for Dassault Systèmes.