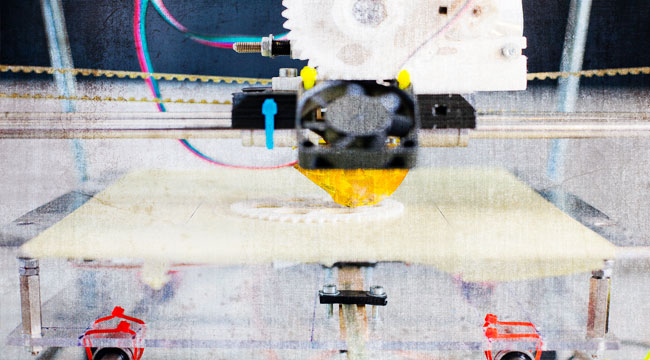 The 3-D Printing Industry Microcap You Should Meet

As a rule, I don’t buy penny stocks, and I’ve definitely never written an article about one . Some companies trading as penny stocks may have good intentions from management and actually be on the up and up, but they still lack the industry contacts, products, revenue growth and earnings potential to interest me.

I’ve made an exception in the case of Sigma Labs Inc. (OTCBB: SGLB), and that exception is made based on research that I will share in this article.

Business Overview
Sigma Labs Inc. is a development-stage corporation that was founded in 2010 by high-level scientists from the world-renowned Los Alamos National Lab. The company consists of two operating subsidiaries: Sumner Associates Inc., which is a consulting firm for government agencies and the public sector, and B6 Sigma Inc., which specializes in the development and commercialization of innovative manufacturing and materials technologies in the additive manufacturing (3-D printing) industry. Sigma Labs is a true microcap with a current trading valuation of just $13.3 million and a handful of employees.

Revenue Generation Projected to Ramp Up
To date, the company has not generated a profit and 100% of the modest revenue in 2012 (just under $1 million) came from their consulting subsidiary, and not their additive manufacturing/3-D printing subsidiary.

However, revenue from the company’s additive manufacturing solutions and the potential for positive earnings should increase dramatically in 2013 and into next year, due to the commercialization of their patent-pending PrintRite3D technology.

In their 10-Q filed in May, probably unseen by many investors, management made some remarkably bullish statements which they have not discussed as yet in a press release.

There are no guarantees that Sigma Labs will be profitable soon, but based on their low cash burn rate and total expenses last quarter of just $273,960, the potential for a turn to profitable operations with their PrintRite3D products on deck for commercialization in the second half of this year is very real.

New Product Offerings to Drive Growth
The ability of any company to generate meaningful organic revenue growth and positive earnings is largely dependent on new product offerings that effectively address a need or limitation experienced by their customers.

Sigma Labs has patented products in advanced munitions and advanced reactive materials and structures that are currently in commercialization. However, management predicts that the major revenue and income driver will be from sales and licensing of their PrintRite technology.

There are three current problems with 3-D printing of metal parts that Sigma Labs is addressing:

Beta testing of these Sigma Labs technologies is being carried out in a partnership with GE Aviation, a world-leading provider of commercial and military jet engines and components.

“Today, post-build inspection procedures account for as much as 25% of the time required to produce an additively manufactured engine component,” said Greg Morris, GE Aviation’s business development leader for additive manufacturing. “By conducting those inspection procedures while the component is being built, GE Aviation and Sigma Labs will expedite production rates for GE’s additive manufactured engine components like the LEAP fuel nozzle.”

The LEAP engine with multiple 3-D printed parts represents a huge market opportunity for GE. Less than two weeks ago, it was announced that they have received over $35 billion in orders for the engine.

The accelerated production of the LEAP engine’s 3-D printed components has also been noted in engineering and 3-D printing news sources as being due in large part to Sigma Labs:

From Beta Testing to Sales
Now that their products have been shown to successfully address several obstacles in metal 3-D printing, the next step for Sigma Labs is to commercialize the PrintRite3D system. Management was clear in their 10-Q filing on May 15 that this is exactly what they intend to do, stating:

“We will continue to refine in-process quality assurance (PrintRite technology) for the emerging additive manufacturing market.”

“We have definite revenue projections in 2013 and 2014 that we are aggressively pursuing and will be reporting on quarterly. We anticipate that our internal business plans and models will lead us to profitability and we will be reporting on our progress quarterly through our 10Q/10K filings.”

Sigma Labs’ Balance Sheet — Not the Typical Mess You Find in a Penny Stock
Sigma Labs has a current ratio of 2.8, which is better by far than Organovo Holdings and comparable to 3D Systems at 3.1. For newer investors, “the current ratio is used to give an idea of the company’s ability to pay back its short-term liabilities (debt and payables) with its short-term assets (cash, inventory, receivables). The higher the current ratio, the more capable the company is of paying its obligations. A ratio under 1 suggests that the company would be unable to pay off its obligations if they came due at that point.” (Investopedia)

Sigma Labs, based on their current ratio, isn’t likely to go under even though their current share price seems to suggest they will. Their balance sheet really is quite unusual for a penny stock. Management has definitely been controlling costs while still developing and preparing to roll out what I believe will be a game-changing product for them.

Moreover, the company managed to turn slightly cash flow positive in Q1, due in part to a decrease in accounts receivable.

Gary Anderson
for Tomorrow in Review

Gary Anderson is a full time trader and investor- exclusively in 3D printing stocks. His web site for research, news and articles is at 3dprintingstocks.com