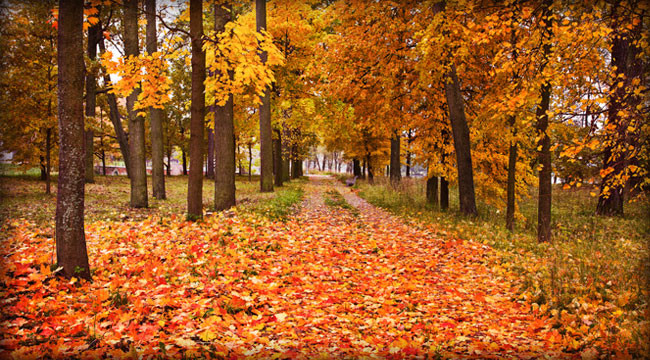 [This essay was originally featured in The Daily Reckoning on Thanksgiving Day, 1999]

“Beirne,” I said gravely, “tell me about Thanksgiving in Mississippi.”

Beirne proceeded to tell me about a Mississippi bluesman named “Son” House, who lived to be 102 by doing what bluesmen tended to do…chasing bad luck, bad liquor and bad women.

“What has that to do with Thanksgiving?”

“Nothing,” he replied…whereupon he drew on the resources generously provided by Britannica.com, formerly of Chicago, lately of cyber space, to get me the research I requested.

In a country where roots meant almost nothing, where people were ready to pick up and move at the drop of a hat… Thanksgiving served to provide a unified, national myth…

Beirne hails from Mississippi. And while Mississippians will sit down with the rest of the nation…and tuck into their turkeys with equal relish…perhaps only substituting Bourbon Pecan pie for the sweet potato or pumpkin pie enjoyed in Maryland…it was not always so. Somewhere deep in the most primitive part of his medulla oblongata, the part of the brain where race memories are stored, Beirne resists Thanksgiving. It is, after all, a Yankee holiday.

In the middle of the War Between the States, both sides would proclaim days of “thanksgiving,” following the progress of the war as we now follow the progress of the stock market. After each of the first and second battles of Bull Run – which sent the Yankees fleeing back to Washington – the Confederates proclaimed days of thanksgiving. But it was Lincoln’s day that stuck. Declared after the battle of Gettysburg – the last great Napoleonic charge of military history – Thanksgiving was set for the third Thursday in the month of November, commemorating the Northern victory.

Beirne doesn’t say so…but this fact must stick in his craw. It doesn’t help that the original celebration took place in Massachusetts. And that it was hosted by a dour bunch of Puritans, who probably wouldn’t have been able to enjoy a good dinner if their lives depended on it. But they certainly had a lot to be thankful for.

As the Wall Street Journal reminds us annually, they nearly exterminated themselves in typical Yankee fashion – by wanting to boss each other around. They had arrived in Massachusetts by accident and bad seamanship, intending to settle in the more hospitable climate of Virginia, which had been colonized more than 10 years before. Once in Massachusetts, they proceeded to set up such a miserable community that surely most of them, had they lived, would have longed to return to England. The Soviets could have learned from their example and spared themselves 70 years of misery. Only after the “witch-burners and infant-damners” abandoned their communal form of organization, and allowed people to work for themselves, did the colony have a prayer of survival.

But victors write the history books. And now this precarious celebration by a feeble group of religious zealots has turned into the most American holiday. After Appomattox, the South was helpless. Its natural leaders, the plantation aristocrats, were either dead, bankrupted and/or discredited.

Many of them went to Northern cities, like New York or Baltimore, where, Mencken tells us, they “arrived with no baggage, save good manners and empty bellies.” They enriched the North. But back home, they were sorely missed. “First the carpetbaggers,” says Mencken, “ravaged the land…and then it fell into the hands of the native white trash…” Scars of war can take a long time to heal. But 130 years later, the South is the most economically and culturally robust part of the nation.

Thanksgiving was declared a national holiday in 1931. Through the Depression, and then WWII, Thanksgiving grew in importance. In a country where roots meant almost nothing, where people were ready to pick up and move at the drop of a hat, where there were huge differences in what people thought and how they lived, Thanksgiving served to provide a unified, national myth… most popularly expressed in Norman Rockwell’s Thanksgiving cover for the Saturday Evening Post. Roots mean more in Mississippi than they do in California.

“No man is himself,” said Oxford, Mississippi’s most celebrated alcoholic, “he is the sum of his past.” Unlike so many other American writers of the 20th century, Faulkner stayed home. The forward to the Encyclopedia of Southern Culture has a passage from Faulkner, saying: “Tell about the South. What’s it like there? What do they do there? Why do they live there? Why do they live at all?”

Even in Faulkner’s Mississippi… Thanksgiving is now part of everyone. Where Beirne goes…it goes too. And so, all over the world, Americans, gathering in small groups, like pilgrims on distant shores, celebrate the holiday (if not on the actual day…perhaps the weekend following…as we will do.) This can require a little ingenuity. Americans in France have to search for the ingredients. Pumpkins are hard to pronounce – citrouilles – and hard to find. Cranberry sauce is unknown.

But my mother discovered a store in Paris specializing in American groceries, named “the Real McCoy.” She hastened thither yesterday, and brought back canned pumpkin, cranberry sauce and peanut butter. Thanks to this outpost of American culinary supplies, we will be able to have a very typical Thanksgiving dinner when we slide our chairs up to the table on Sunday. Art Buchwald has translated the Thanksgiving story for the French, deftly turning Captain Miles Standish into Le Capitaine Kilometre Deboutish. But no one has refashioned American Thanksgiving recipes for the metric measuring cups here in France. My wife, Elizabeth, descendant of the Puritan fathers…former resident of New York…a Yankee, in other words…and my mother – issuing from Southern Maryland tobacco farmers and the French bourgeoisie – will do their best.

And we will be thankful.

Ed. Note: Though this essay was first published back in 1999, Bill Bonner’s insightful musings remain timeless. But as the world continues to spin, and events progress whether we want them to or not, The Daily Reckoning will be there to examine them – to pick them apart and see them for what they are. We invite you to join us. We can’t promise the news will always be good, but it will certainly be fun to watch. Sign up for FREE, right here.