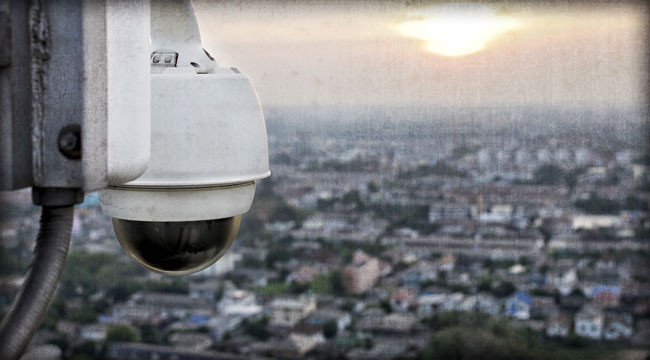 Lon Snowden, father of whistle-blower Edward Snowden, gave an interview to the media this week. The venue: Rossiya 24, a state-owned station. His message was one of gratitude to Russia for considering his son’s request for asylum. Edward, as everyone knows, is on the run for having revealed to the American people that their government is logging every communication and storing it for later use.

In other words, Edward is in big trouble for revealing that our government is doing to its own citizens what the U.S. once accused Russia of doing to its citizens. In what is really a bizarre turn of events, Russia has become a safe haven for an American whistle-blower. Any friend of freedom has to join Lon Snowden in expressing gratitude. Because as it turns out, there are only a handful of countries in the world that the U.S. government can’t intimidate into compliance.

I’m as glad as the next guy that “we” won the Cold War. But sometimes you just have to wonder: What was the point of those 45 years of nuclear stalemate? All that time, we were told that this was a mighty struggle between individualism and collectivism, between freedom and tyranny, between capitalism and communism.

But at the end of the day, once everything has shaken itself out, it is Russia that is providing sanctuary to our best citizens.

Is this some sort of strange dystopian novel? Well, yes, and it has a name: Nineteen Eighty-Four, by George Orwell. Murray Rothbard once did a reconstruction of the hidden meaning of that novel. He demonstrated that Orwell was writing about the reality of the wartime and postwar period. A time when Russia’s status as an enemy turned to friend and back to enemy again in the blink of an eye.

In Orwell’s depiction, the world is dominated by three superpowers: Oceania, Eurasia, and Eastasia. Alliances would turn on a dime depending on political priorities. “We’ve always been at war with Eastasia,” says the slogan. Sounds just like something we’d hear today.

Islamic fundamentalists were U.S. allies in my living memory. They were heralded in the 1980s as freedom fighters who held to traditional family values and served as a mighty bulwark against atheistic communism. After the Cold War, our friends became our enemies. Now the right-wing talk shows speak daily of how we’ve always been at war with Islam.

The Russia case is particularly interesting. In the 1920s, American politics was sporadically consumed with the Red Scare. By the 1930s, Russia had become a kind of paradigm of progress. It was a model after which the New Deal copied its planning schemes for agriculture and large industry. By wartime, Russia was our dearest friend, a heroic ally in the struggle against Japanese and German imperialism. But only a year after WWII ended, President Truman spun it again: Now Russia was the biggest threat to Europe’s freedom, and thus began the long Cold War.

But it is even more complicated than that. As Rothbard wrote in 1986:

“Our deadly enemies in World War II, Germany and Japan, are now considered prime Good Guys, the only problem being their unfortunate reluctance to take up arms against the former Good Guys, the Soviet Union. China, having been a much lauded Good Guy under Chiang Kai-shek when fighting Bad Guy Japan, became the worst of the Bad Guys under commu­nism, and indeed, the United States fought the Korean and Vietnamese wars largely for the sake of containing the expansionism of Communist China, which was supposed to be an even worse guy than the Soviet Union. But now all that is changed, and Communist China is now the virtual ally of the United States against the principal Enemy in the Kremlin.”

And today? Following some years of friendship in union with the anti-Islamist cause (the U.S. has tacitly backed President Putin in all his imperial wars[1] ), Russia is the enemy again. After all, this awful state is protecting a whistle-blower from capture by the U.S.! Meanwhile, Japan doesn’t figure into world politics at all, while China is said to be an unrelenting menace to our industrial superiority due to its propensity to steal trade secrets.

As should be clear, Orwell was not so much writing about a future that might come to pass as a present that had already revealed itself in politics throughout the 20th century. This was the century of the total state. What does that mean? It means that no aspect of life is conceptually out of reach for the government. All your data belong to them. All your products, services, and activities are their business. Our property we own only at their discretion. No aspect of life is unplanned by our masters, provided they have the interest and means to make it happen.

The totalitarian mind is revealed in its fullness in the attitude toward war. Beginning in the age of democracy of the 20th century, entire populations were considered to be combatants and potential targets. You know how during U.S. wars, we hear about how civilians are just as culpable for tyrannical power because they are somehow permitting the dictator to rule by failing to overthrow him? We heard this constantly during the Iraq War.

This is a totalitarian mentality. No one is considered outside the political constellation.

Freedom and the total state are incompatible, except that, of course, any state is happy to use propaganda to proclaim itself to be the true land of the free and home of the brave. The reality is borne out in the state’s attitude toward dissidents. If you see something and say something bad about the government, what happens to you? It’s a basic test of freedom. In this case, the U.S. has been failing miserably.

But the humiliation is increased for Americans to see our former enemies (well, one-time enemies turned friends turned enemies turned friends, etc….) now providing a safe haven to a young man who told the truth about the U.S. surveillance state. Edward Snowden, said Doug Casey last week at Agora Financial’s Vancouver Symposium, is not just a hero, but a superhero. He gave up everything to do a public service, all in the interest of making a dent in the inexorable tendency toward total control.

What’s fascinating is to see how completely lacking in cynicism Snowden truly is. He thinks that the system can change. He wants Congress to do something. He wants the American people to rise up and demand that their government keep to normal standards of civility and afford their citizens some degree of privacy. In expressing that hope, Edward Snowden revealed himself as one of the last men to actually believe that the system can work to the good. Most of the rest of us lost that hope long ago.

Now he hides… in Russia.

Or as George Orwell might write, “Yet, after all, we’ve always been at war with Russia.”

Trump drops trade war bombshell… “We know from experience that this could be one of Trump’s infamous negotiating tactics, but there is a good chance that this time it will backfire”…