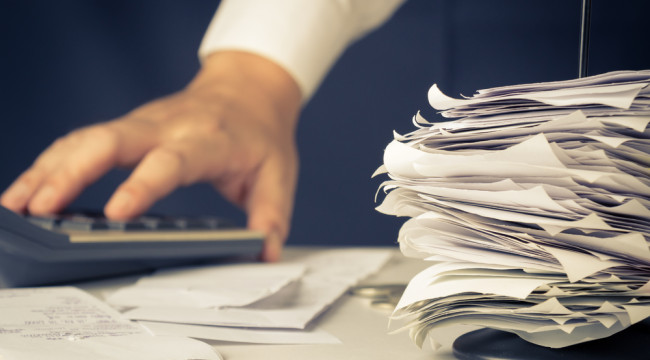 Taxes: The Powder Keg to the Next Civil War

My community in the Deep South prides itself on friendship, community feeling, and an overall happy spirit. So it was a bit strange for all of this to be utterly smashed and obliterated in the course of a few calamitous weeks in which friend turned against friend, colleagues became antagonists and enemies, and families were rended asunder.

What disaster led to this? It wasn’t Mother Nature. It was politics.

When [government] raises the price of its service, everyone starts slitting each other’s throat.

The question of whether to raise property taxes was put to a vote. The taxes would have hit real estate. The resulting revenue would supposedly have gone to education — but there is no way to guarantee this, and in any case, money is fungible.

So of course, those who opposed the new taxes were denounced as harming children. Not only that. If you don’t like higher taxes, you were selfish and greedy. Or so all the kids in public schools were told — thereby turning them against their own parents, or at least attempting to. Also, opposing a tax increase is proof that you are being manipulated by evil rich people.

In the great drama as the civic elites wrote it, the only real angels in this story were the people stealing money from average people to give it to large bureaucracies. In other words, as always with politics, no moral rules were turned upside down.

The thing went down to flaming defeat — cheers! — but what a pain in the neck that the issue came up at all. Real estate developers had to print up vast numbers of fliers and run radio ads that opposed the increase. The public school teachers and members of bureaucratic class had to counter them and get their own message out.

One group wanted to take another’s group’s money by force. That does tend to split communities in a most vicious way. It’s all so unnecessary! If the local pizza parlor raises the price of its large Meat Lover’s pie, you can go along or refuse. It’s up to the consumer. But no great chasm opens up within the community. Either management is wise or not.

Not so with government. When it raises the price of its service, everyone starts slitting each other’s throat. That’s the essential difference between government and the market. What people do in a market calls on human choice to ratify or refuse. Government seeks only to restrict choice and take more by force.

In this way, a vote like this can actually be a teaching moment. It teaches several facts about public finance that every civics class tries to obscure, namely that:

Before I further denounce this failed plot to loot and pillage, keep in mind that there are several features of the local tax vote that are actually meritorious.

The instant that any government obtains a monetary printing press, it becomes a deeply dishonest government… You could corrupt heaven itself with this power…

For example, my local government has no central bank. This means that it can’t just print up whatever money it needs. Lacking that magical power, it must actually take money from people in plain sight. This is a beautiful thing. It also means that it can’t just run up debt without limit, because its debt is priced with a default premium. The local bankers in town are not a direct arm of the government — unlike the situation at the national level.

If there is such a thing as honest government — open-source looting — this is it. The instant that any government obtains a monetary printing press, it becomes a deeply dishonest government, empowered to rob people by stealth. A government with the power to print money knows no limits. You could corrupt heaven itself with this power, turning the angels and saints into monstrous plotters and schemers working for monopolistic domination of the eternal realm.

Another meritorious feature of local tax votes is that the local government actually has to ask the citizens whether it is OK to pillage the community to fund graft and corruption. This is a risky strategy, to be sure, because, as it turns out, lots of people are more than willing to say absolutely not. But notice that this is a completely different approach than the U.S. government uses.

On the first day of this calendar year, for example, Congress and the executive cooperated to implement the largest tax increase in the history of the world. It came in the form of an increased payroll tax, passed in the days following Christmas and just before New Year’s. There was virtually no press about this at all. I think I must have written one of the few articles on the topic, and people were even shocked to hear it had happened at all.

The federal government takes a completely different approach than local government. The feds never want us to actually vote on any issue like whether to go to war or whether to nationalize medical care. Instead, they make us vote on people, who somehow, through some magic osmosis, “represent” us.

We may or may not get “our guy” into office, but mostly it doesn’t matter. Once the guy is in there, he can do whatever he wants. There is no system at all for penalizing politicians who say one thing and do another. There is no real social contract. There is no way for anyone to control politicians in office at all.

Even if there were some way, it is not at all clear that the politicians are the real rulers anyway. Even at the local level, the city manager and his relationship with top developers has more sway than the city council. But look at the federal levels, with millions of entrenched bureaucrats running vast agencies with lives of their own. The politicians who come and go can’t even get a foothold. Not even the political appointees matter much.

With such a system, democracy as advertised is a complete illusion. It doesn’t have to be this way. One thing that the left-wing progressives say that seems right to me: A direct electronic democracy would actually be a real improvement. Why not let the public vote on a budget via the Internet? That might cut down on foreign aid boondoggles, banker bailouts, agricultural subsidies, and other programs that benefit only the elites.

It’s hard to imagine it could be worse. Direct democracy structured on an issue-by-issue basis is worth a try. It would be fascinating to see the results. Why don’t we have such a system even though it is technologically possible for the first time in history? Because the political elites don’t care what we think. The whole point of the system is to pull the wool over our eyes and convince us that we can still see all we need to see.

Fortunately, people aren’t that stupid. The tax bill in my community was defeated. So it is in many places around the country. It’s a microcosm. Democracy is getting ever more direct — not only locally, but nationally too. Political elites, we are coming for you. With all the tools we’ve been given, these days, governing us the way you used to is going to become ever more difficult.

Ed. Note: As evidenced by they current government shutdown, the political debate over taxing this or funding that has reached a fever pitch. But what do the people think? Sign up for Laissez Faire Today, for FREE, to see what people are saying, join the debate, and learn specific ways to safeguard your wealth no matter what happens.