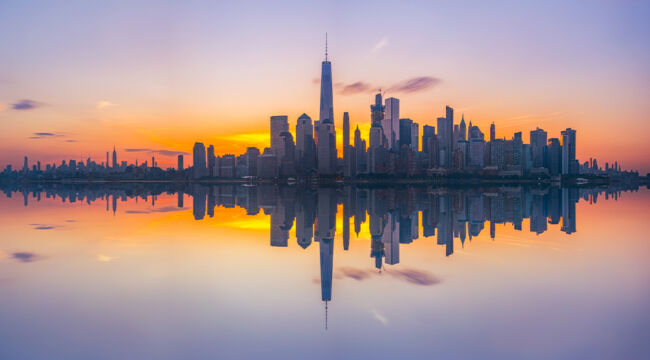 Suicide of a City

I updated my economic forecast last month to include a recession in the first quarter of 2021, based on the reemergence of lockdowns. It was one of those forecasts I hoped I’d be wrong about.

Yet, all of the news since then confirms its accuracy. With governors like New York State’s Andrew Cuomo, you can take it to the bank.

Cuomo has banned all indoor dining in New York City due to the rise in COVID-19 cases, starting today.

But, the state’s contact tracing data reveal that restaurants and bars account for only 1.43% of recent infections. So Cuomo is destroying the city’s restaurant industry to prevent a negligible rise in cases, an industry that’s still reeling from the previous lockdown. Why?

Politicians always have to be seen to be doing something. Whether it makes sense or not is irrelevant; what they care about is the appearance of doing something. I call it the Andrew Cuomo syndrome.

The head of the New York State Restaurant Association argues the ban “makes little sense based on the state’s own numbers, and to make matters worse, we are offered no plan for survival to get through this shutdown.”

“The government is shutting us down without actually justifying it with hardcore facts, “says one restaurant owner adding, “We didn’t do anything to deserve a complete destruction of our business.”

But it’s not all bad news. Take-out, delivery and outdoor dining will still be allowed in the Big Apple. And who doesn’t want to dine outdoors in NYC in winter?

Meanwhile, NYC Mayor Bill de Blasio is now raising the possibility of a “full shutdown” of the entire city. You can only imagine the economic impact of shutting down entirely. But locking down everything would be good news to Bill Gates.

He says bars and restaurants nationwide should “sadly” be closed for the next four to six months, and lockdowns should continue into 2022.

But then again, Bill Gates doesn’t have to make a living as a waiter or bartender. No skin off his nose.

The problem is that Gates lives in an elite bubble where life is wonderful whether there’s a pandemic or not. He’s out of touch with everyday Americans and others around the world who make their living as bus drivers, bartenders, waiters, hair stylists, boutique store clerks and a thousand other jobs that make up 50% of all jobs and 45% of U.S. gross domestic product.

Only an out of touch elite could support shutting down the economy and not realize you would destroy that economy and the jobs that go with it.

When the COVID-19 pandemic emerged, the Gates Foundation took a leading role in funding research and regurgitating conventional wisdom from the medical establishment about the need for lockdowns. But it turns out that lockdowns don’t stop the spread of the virus.

The Cycle of the Virus

There are studies from 30 different countries around the world. Some had severe lockdowns, while others imposed relatively little restrictions, like Sweden. Here in the U.S., some states imposed hard lockdowns (New York), while others were more lax. South Dakota didn’t lock down at all.

But all their experiences with the virus were basically the same. It hits, it runs wild for about eight to 10 weeks, and peaks at four or five weeks. After 10 weeks, it’s largely gone.

There could be another wave months later, but that eight to 10-week pattern is amazingly uniform, lockdown or no lockdown. There is no evidence that lockdowns stop the spread of the virus.

I know that’s an unpopular opinion. I know that’s not politically correct. I don’t care. The science backs me up.

It’s not that an extreme lockdown couldn’t work. If you mobilized half the population to keep an eye on the other half and imposed martial law, that would have some effect. But that’s not the real world. You can’t do that in the United States or in many places in the world outside of China. We wouldn’t tolerate it.

Most immunologists’ and epidemiologists’ views are being suppressed by the media, while a few who favor lockdowns are being heard and embraced by the politicians. The politicians know even less than the celebrity “experts” who have been consistently wrong.

Now that the disease is spreading again, lockdowns are being reimposed and family celebrations of the Holidays are being squashed. Despite all of the medical uncertainty, there are two things we can be certain of. The first is that the lockdown won’t halt the spread. The second is that the lockdown will crush the economy. Lockdowns are extremely good at destroying the economy.

There will be a recession in the first quarter of 2021 because of these lockdowns. You don’t need a Ph.D. in economics to say that they’re going to cause another recession.

The economy is going to end the year down about eight or nine percent from where it ended 2019. In a $22 trillion economy, that’s almost $2 trillion of lost output. And that’s assuming things don’t get much worse from here, which they may.

In the second quarter, the conventional wisdom at the time, what I call the happy talk was, “Yes, they closed all these restaurants, but they’ll reopen. And yes, they laid off all these workers, but we’ve got payroll protection plan loans and increased unemployment benefits. Everything will reopen in July and August and everything will be back to normal, there’ll be massive amounts of pent up demand,” et cetera.

At the time, I said that was nonsense, and the data has since shown that it was nonsense. Many of these restaurants never reopened. Many that did survive could barely make ends meet. Now they’re facing new lockdowns, which will be the final nail in the coffin for many.

Too Little, Too Late

My expectation is that we’re not going to see big relief bills. Some relief package will likely pass, of maybe $1 trillion. $1 trillion used to be real money, but now it almost seems like a starting place for budget negotiations. But it won’t be enough to make a significant difference.

Meanwhile, the Fed’s out of bullets, with interest rates at zero. They printed $3 trillion, but it didn’t do any good — nor will it. They could print three trillion more; it won’t make a difference. Banks take the money and just put it back to the Fed as excess reserves. It just sits there.

This reality will eventually catch up with the stock market.