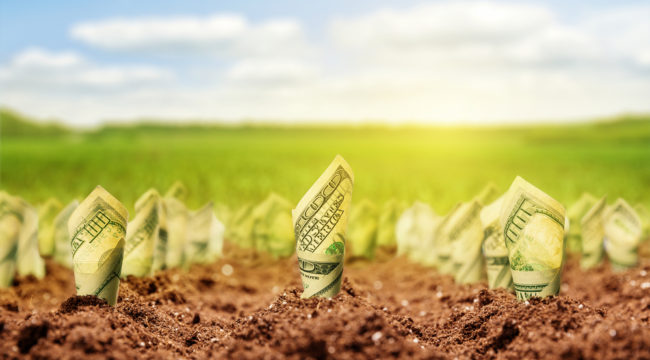 The Most Successful Investments Have Two Things in Common

I’m going to tell you a remarkable story…

It illustrates the two key factors that go into a successful investment. Together, they’re the surest way I know to score life-changing wins. And they apply to just about any asset, regardless of what the economy is doing.

I was in New York City recently having breakfast with Ken, a longtime reader and friend. Ken is a sharp-tongued New Yorker who tells you exactly what he thinks, good and bad. He runs a small hedge fund in Connecticut. And made a lot of money in the 1980s and 90s riding stocks like Home Depot and Wal-Mart.

But his best investment ever wasn’t in stocks…

In 1999, Ken bought an acrylic painting by Ed Ruscha (Sunset to Pico) for $150,000. His wife thought he was nuts. She pointed out that they could have bought a few nice cars with that money. Nonetheless, Ken was fond of the painting.

Sunset to Pico shows nine parallel lines running diagonally across the canvas, as if seen from a bird’s-eye view. Below each line is an upside down street name – the nine most recognizable east-west thoroughfares in Los Angeles. 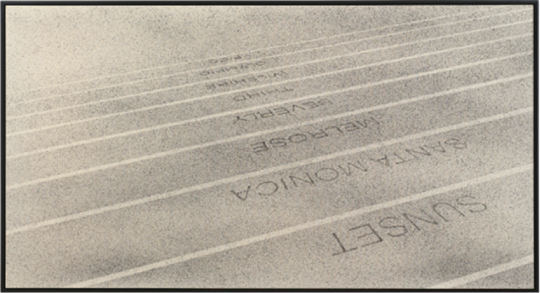 Ken hung it in his home and mostly forgot about it. He simply enjoyed having the piece.

Fast forward to 2015. He’s older now. He’s thinking he might sell some art and pay off his mortgage.

He knows the value of the Ruscha painting has gone up over time, but he has no idea how much. He gets Sotheby’s to appraise it. They say they can sell it for $1 million to $1.5 million.

On the day of the auction, Ken arrives with his wife and daughter. It’s a big event with high expectations… like having a horse in the Kentucky Derby. They settle in and the bidding starts.

Ken breathes a sigh of relief. He’s sold the painting. Bidding climbs higher. It hits $1 million. Ken’s ecstatic. He takes a picture of the million-dollar bid. He thinks to himself: “Wow, I’ve sold a painting for a million dollars.”

But the bidding keeps climbing higher… and higher.

It hits $1.5 million. Then the bidding stalls. The auctioneer is working the room and ready to hit the gavel, but another bid comes… $1.6 million… and they keep coming. $1.7 million… $1.8 million…

When the gavel finally falls, Ken sells his Ruscha for $2.3 million.

Even if you never buy a painting in your life, there’s a lot to learn from this story…

I’m not advocating that you buy art. I’m always amused when I hear some financial “guru” warn about stocks, and tell you to buy art instead.

What they don’t seem to get is that art prices are highly correlated to stocks. When we are in bubbly stock markets, we also tend to see bubbly prices for art and collectibles. Conversely, the bids for both stocks and art disappear in times of despair – like 2008. Don’t believe that owning art makes you diversified.

But I do recommend buying a great asset and forgetting about it.

One of the first things I said to Ken after he finished his story was: “You’d never ride a stock that long.”

Do you think Ken would’ve been able to hold on to that art piece if he had the price of the painting blinking on his computer screen every day for 16 years?

If it were a stock, he might’ve sold it after it doubled. Those blinking prices on your computer screen are like little siren calls to action.

This is why I tell people not to watch stock prices. Otherwise, you’ll surely get scared out of even the best stocks.

Sometimes it’s not the decline that will cause you to sell, but the sheer boredom of nothing happening…

Warren Buffett’s Berkshire Hathaway has earned a compounded annual return of 20.8% over the past 42 years. But if you bought it in 1997, for example, you had to sit with it for five years before you saw any positive return on the stock. Odds are — if you’re watching stock prices and not paying attention to the business — you’ll probably dump it for something more exciting.

To enjoy really big, life-altering gains in the stock market, you have to learn to sit on your hands. You have to learn that stock prices can diverge wildly from underlying business values.

And you have to learn to screen out the junk…

Ken has a filter he uses before he buys any art for investment. First, he only buys when there is already a market for the artist’s work. Second, he only buys artists who’ve had their work on display at the Museum of Modern Art in New York City. And finally, he only buys art that has been sold at Sotheby’s.

These are quality filters. They help screen out stuff that could go to zero or lose huge chunks of value. Still, there are no guarantees in art… or stocks.

In the stock market, there are a number of quality filters you can use. I recently finished a book called Quality Investing: Owning the Best Companies for the Long Term (2016) by Lawrence Cunningham, Torkell Eide, and Patrick Hargreaves. The latter two are portfolio managers at AKO Capital, a London-based investment partnership. It has delivered double the market’s return since its inception in 2005.

The focus of AKO is to own quality assets, defined by these three characteristics:

The book goes into quality in much more detail. But the key takeaway is this: You can’t hold junk for the long term and expect great results. Buy the best assets.

The two things that drive long-term success as an investor — in stocks or art or probably anything — are time and quality. You need to give your ideas time to work. And you need to own high-quality assets.

If you do that, there’s no need to worry about the crazy ups and downs of the markets… or what the Fed is doing… or the state of the economy.

You’ll be like Ken, holding on to his painting all those years. And one day, with a little luck, you’ll discover you have a fortune.