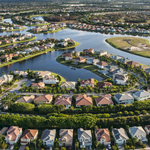 “Paybacks are a bitch,” as they say.

What was Standard & Poor’s thinking back in August 2011, when the ratings agency took the Red, White, and Blue’s AAA rating away? A rating the most powerful government in the history of the world had held for 70 years. S&P downgraded long-term US debt to AA-plus. That score ranks lower than over a dozen governments, including Liechtenstein’s, and is level with Guernsey’s and France’s.

McGraw-Hill Companies (S&P’s owner) may be a big corporation, but you don’t kick sand in Uncle Sam’s face like that and get away with it. Now the government, in the person of Attorney General Eric Holder, is kicking back. The US government is accusing the ratings agency of committing fraud by inflating the ratings of mortgage investments, which, of course, created the financial crisis.

S&P, along with its competitors Fitch and Moody’s, famously rated the mortgage security goulash that Wall Street concocted AAA, thus allowing everyone everywhere to participate in America’s housing boom. And why not? According to computer models, housing prices never go down. Pension funds as far away as Reykjavik and Heerlan were gobbling up what Wall Street was serving because all three ratings agencies provided their stamp of approval.

According to the government’s suit, S&P “knowingly and with the intent to defraud, devised, participated in, and executed a scheme to defraud investors.”

Yep, in the minds of the government’s gumshoes, the clairvoyants at S&P knew these securities stunk to high heaven. They knew, or should have known, that the housing market was ready to crash any moment, but they were greedy capitalists who, while they were making a buck, created and carried out a diabolical plan to bring the financial world to its knees.

Yeah sure, that’s what happened. S&P should be ashamed for maintaining that it ratings “were objective, independent, uninfluenced by any conflicts of interest,” the suit said.

The suit centers around 40 collateralized debt obligations (CDOs) created from 2004-2007. The firm was paid $13 million for rating these securities. Giving these securities the highest rating must have been fraud, because everyone knew by that time that the market was toast. Right?

After all, in 2004, the nation’s deposit insurer and bank regulator, the Federal Deposit Insurance Corporation (FDIC), published a paper on housing that concluded: “It is unlikely that home prices are poised to plunge nationwide, even when mortgage rates rise.” This is because “housing markets by nature are local, and significant price declines historically have been observed only in markets experiencing serious economic distress.” Plus, housing markets have “characteristics not inherent in other assets that temper speculative tendencies and generally mitigate against price collapse.” In conclusion, “it is highly unlikely that home prices would decline simultaneously and uniformly in different cities as a result of some shift, such as a rise in interest rates.”

Whoops. Where’s the lawsuit against the FDIC?

Further, in 2005, Federal Reserve chair Ben Bernanke, who supposedly knows more about the economy than anyone else because it’s his job to push the right monetary buttons to make us all prosperous — and besides, he’s a Ph.D. economist from a big fancy Ivy League school — was asked specifically if the housing market was getting ahead of itself. He replied, “It’s a pretty unlikely possibility. We’ve never had a decline in house prices on a nationwide basis. So what I think is more likely is that house prices will slow… I don’t think it’s going to drive the economy too far from its full employment path, though.”

At the time, the government’s top economic minds thought everything was A-OK with housing. They were wrong. They were mistaken. Most everyone was. Now the government’s lawyers, using 20/20 hindsight, figure S&P analysts weren’t mistaken, but instead were carrying out a fraudulent scheme to harm not just investors, but the entire world economy.

“As S&P knew, contrary to its representations to the public, S&P’s desire for increased revenue and market share in the RMBS and CDO ratings markets, and its resulting desire to maintain and enhance its relationships with issuers that drove its ratings business, improperly influenced S&P to downplay and disregard the true extent of the credit risks.”

The suit isn’t news to S&P. The company has been negotiating with the Justice Department. In one way, the government is like Tony Soprano: It wants money. But in this case, it also wants a scalp to hang in the Capitol. The company was willing to pay $100 million and neither admit nor deny guilt to make this thing go away. The DOJ wanted $1 billion, and the ratings agency must admit to at least one count of fraud.

What the government wants is a year’s worth of McGraw-Hill profits and the guilty plea that would open the company up to hundreds of additional lawsuits.

Curiously, the US government has no issue, yet, with Moody’s Investors Service or Fitch, both of which provided the same gilt-edged ratings for mortgage securities during the boom. As I write, Moody’s has no comment, but Fitch spokesman Daniel J. Noonan said, “We have no reason to believe Fitch is a target of any such action.”

Like S&P, these two ratings agencies are designated by the SEC as nationally recognized statistical rating organizations. Unlike S&P, Fitch and Moody’s continue to rate US government debt, all $16 trillion of it, as AAA.

The entity in question has made promises well beyond the $16 trillion of its official debt and is currently running a $1.5 trillion annual deficit. It has the ongoing character flaw of not being able to control its spending. On the plus side, it can pay with money that it can create out of nowhere for almost nothing. For now.

Yes, and houses always go up in value. In the same league with that claim is this one: Government debt is the safest investment around.

In reality, the US Treasury market will crash just as the housing market did. The lawyers can’t wait.