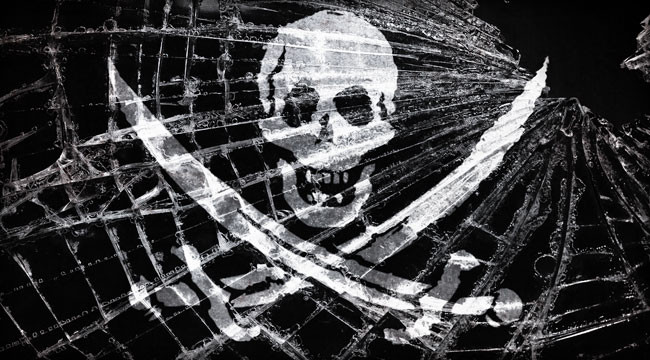 SOPA Returns to Destroy the Internet

Two years ago, Hollywood, no kidding, masterminded a plot to, in effect, steal the Internet (by criminalizing certain conduct, booby trapping the Web in ways that few non-mega-corporations could cope with). There are signs, as perceptively flagged by the Electronic Frontier Foundation, that the perps are back at it. We should care.

This two-part article reveals an untold part of the story about how the bad guys were stopped last time. And, if not stopped again, how it could lead to a fundamental loss of civil rights and freedom on the Internet.

“SOPA 2.0” could mean the end of the Drudge Report.

The perversely named “Stop Online Piracy Act” (SOPA) itself may have been the most brazen attempted act of piracy in all recorded history. Truth in legislation would have required it to be named the “Ultimate Act of Online Piracy.” Enactment effectively would have pirated the World Wide Web from a common space and converted it into the private preserve of the Big Entertainment Lobby.

The Plot to steal the Internet was foiled. It was foiled by an “Irresistible Force” — public opinion, rallied by a twenty-something Freedom Fighter, Aaron Swartz, now dead. This combined with an “Immovable Object,” the consciences of a tiny group of legislators. Together they — barely — defeated one of the meanest pieces of legislation in our lifetimes.

The “outside” story — of the late-rallying popular opposition — has been fairly extensively reported. 7,000 (some claim over 100,000) websites, including Wikipedia and other high traffic sites, were persuaded to close shop for a day. Google draped its logo in black. In the view of Harvard Law School professor, author, public intellectual, and co-creator of the Creative Commons Lawrence Lessig, “SOPA was stopped by the most important Internet campaign so far — led by my (now dead) friend Aaron Swartz, and thousands of others.”

As The New York Times reported “’I think [stopping SOPA] is an important moment in the Capitol,’ said Representative Zoe Lofgren, Democrat of California and an important opponent of the legislation. ‘Too often, legislation is about competing business interests. This is way beyond that. This is individual citizens rising up.’”

But the “inside” story — four liberty-minded lawmakers who stood up in front of SOPA like the protester in Tiananmen Square against the column of tanks — has remained, mostly, obscure. This tells that story.

But first. Why should you care? Undaunted by its 2011 failure, Hollywood and the Big Record Labels are staging the sequel. This time, the bad guys could win. The Huffington Post recently spotted the perps busy inside the federal (perhaps, more aptly, feral) bureaucracy hollowing out the Constitution: “The [Commerce] department’s Internet Policy Task Force last week proposed making it a felony to stream copyrighted works.”

Give the Internet to Big Business? Hollywood and the Recording Industry appear to have found a compliant handmaiden, Penny Pritzker, the new U.S. Commerce Secretary, to work the inside while they work the outside. Pritzker’s Commerce Department employs, among other things, the risible euphemism of “improving the operation of the notice and takedown system” of the Digital Millennium Copyright Act. That’s a system which is working rather beautifully for all concerned, content providers and distributors both. Something’s extremely fishy here.

Secretary Pritzker, a billionaire heiress, recently was bragging about cavorting with the head of the Recording Industry Association of America. It’s not hard to imagine whose side — the rich and famous… or mere citizens like us? — she’s on.

Practical upshot? Among much other potential damage, if Big Hollywood colluding with Big Government succeeds, it changes the very nature of the Web. Quite possibly, for example, “SOPA 2.0” could mean the end of the Drudge Report. Drudge hardly can maintain his Report if an innocent miscall on copyright makes him subject to prosecution, by any United States attorney, for a federal felony.

Would the silencing of Drudge be an unintended consequence? Or might it be intentional. Chairman Darrell Issa has written to Attorney General Holder: “The suggestions that prosecutors did in fact seek to make an example out of Aaron Swartz because Demand Progress exercised its First Amendment rights in publicly supporting him raises new questions about the Department’s handling of the case.”

“Senator Ron Wyden, the Democrat from Oregon, put a hold on the Bill, giving a speech in which he called in a nuclear bunker buster bomb aimed at the Internet. He announced he would not allow it to pass without changes. As you may know, a single Senator can’t actually stop a bill by themselves. But they can delay it… He bought us time. A lot of time as it turned out. His delay held all the way to the end of that session of Congress… There was probably a year or two of delay there. And in retrospect we used that time to lay the groundwork for what came later.”

The reintroduction of this legislation came (in the Senate) as PIPA, and (in the House) as SOPA. “The introduction of the Stop Online Piracy Act and its Senate counterpart was the apotheosis of how Congress should not work,” recalls Seamus Kraft, then an Issa staff member and deeply engaged in the process. Kraft:

“Imagine the (metaphorically) smoke-filled room, special-interest authored legislation, launched without warning, without seeking input from stakeholders beyond a mere ‘sop for Cerberus’ — or, to Cyberspace: a single hearing on this bill, with five or six bigwigs from the content industry to catch softballs. And one lower level representative from Google… to be bullied.

The Web, oddly, still is a novelty to Washington, many of whose officials remain somewhat befuddled by the “interwebs”…

“The proposed legislation was seeking to combat intellectual property theft via the Internet. The content creators wished to stop downloading of copyrighted content — especially music and movies. That’s a legitimate goal. But the mechanisms proposed for doing it were horrendous, a ‘kill them all, let God sort out the souls of the innocent’ strategy.”

The Web, oddly, still is a novelty to Washington, many of whose officials remain somewhat befuddled by the “interwebs” — that series of tubes — internets and website “numbers” . Kraft:

“This naivete left Congress vulnerable to special interests pushing a one-sided solution to an ill-defined problem. The relevant committee proceeded without seeking the input of representatives of those who use, or whose business is, the Internet. The most important locked-out constituency was users: you and me.”

The Internet’s precarious position then was summed up nicely by techdirt.com:

“It’s pretty much assured that VP Joe Biden is in favor of PROTECT IP/E-PARASITE/SOPA. Since the start of this administration, President Obama has delegated most copyright issues to Biden, and Biden’s general view on copyright seems to be ‘whatever makes Hollywood happier must be fantastic.’ How else do you describe his continued support of ever more draconian copyright law, contrary to the evidence suggesting that it only makes things worse? How else do you explain his claim that he got ‘all the stakeholders’ concerning copyright into a summit meeting, when it only involved government officials and the big labels and studios (no consumer advocates, no artists, no technologists, no entrepreneurs, etc.)?”

“Darrell Issa, a member of the Judiciary Committee, is an inventor. He holds the most patents of anyone who ever has served in Congress. He himself owns intellectual property — and benefits from a strong streamlined system. Here, however, the legislative proponents seemed clueless about what the heck the Internet really is.

“Even Rep. Issa did not realize the stakes were so serious until the ‘sop to Cyberspace’ hearing. His reaction was along the lines of You guys — out of the blue — are trying to give all this power — to shut down domains, to hold Google responsible for some joker who uploads some random item — to federal bureaucrats? What is being proposed would change, fundamentally, the architecture of the best thing that has happened to humanity in the past 50 years.

Ed. Note: This essay was featured prominently in Laissez Faire Today. The conclusion will appear in tomorrow’s email edition, which you can sign up for, for FREE, right here.