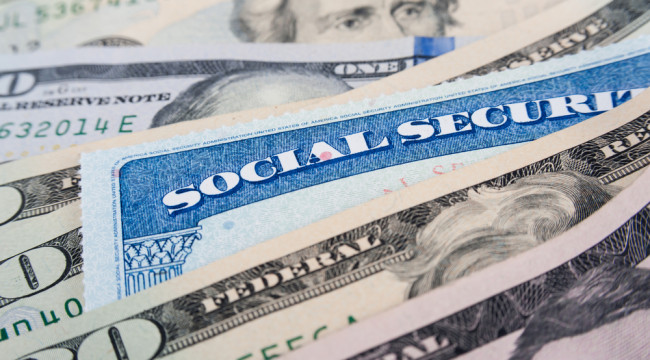 Wow, that’s brazen. They took “file and suspend” out back and shot it dead. No warning at all.

We figured this technique to maximize Social Security benefits would be safe at least until the next president took office and Social Security’s looming bankruptcy would be too big to ignore.

Instead, it wound up in the fine print of the “zombie budget” Congress and the White House agreed on last week.

So how did we get here? As we said six months ago, it started as a line item in President Obama’s 2015 budget proposal.

In its own words, the budget “proposes to eliminate aggressive Social Security claiming strategies, which allow upper-income beneficiaries to manipulate the timing of collection of Social Security benefits in order to maximize delayed retirement credits.”

Oh, those naughty “upper-income beneficiaries” and their “manipulations”!

Instead of following this path, you file and suspend — forgoing your own benefits until as late as age 70 while your spouse files to collect spousal benefits. Doing so accomplishes two things…

Killing file and suspend will save Uncle Sam $9.5 billion a year, according to 2009 research from Boston College.

Which, as we pointed out in the spring, works out to little more than 1% of the $863 billion in benefit checks issued by the Social Security Administration last year.

However… the savings help accomplish two critical objectives of the budget deal, and this is why congressional Republicans agreed to sign onto the White House’s proposal from months ago…

That’s right: Killing file and suspend the way the politicos did it in the zombie budget will do nothing to shore up the old-age and survivors trust fund — which former White House budget chief David Stockman figures will be exhausted by 2026. All the money’s being siphoned off for other purposes.

Anyway, it’s a done deal: Under the budget law, file and suspend goes away in six more months. It was fun while it lasted.

We’re sure Boston College’s Alicia Munnell is pleased. “Who gains?” she wrote in a MarketWatch column about file and suspend last March. “Some obvious criteria include: 1) the individuals must be married; 2) at least one member of the couple must be healthy enough to delay claiming until 66; and 3) both spouses must have an earnings history. These facts tend to tilt the benefits toward higher-earning households.”

Well, OK. We had a rather different take on the matter last May. Using Munnell’s enumerated list, killing file and suspend punishes you if: 1) you’ve worked hard to create a strong marriage; 2) you’ve worked hard to take responsibility for your health; and 3) you’ve both fed the beast as wage slaves for the last 40-odd years.

Besides, it’s not just those manipulative “upper-income beneficiaries” who stand to lose: So do divorced women.

Many divorced women have resorted to filing for Social Security benefits based on the higher earnings of their ex-husbands… and then holding off collecting their own benefits until age 70, taking advantage of delayed retirement credits.

Kiplinger recently called it one of “the best Social Security strategies if you’re divorced.” Well, no more.

Let’s call the death of file and suspend what it really is — a stealth default on Social Security.

Back in 2011, the politicos were kicking around the idea of using something called “chained CPI” as the yardstick for Social Security cost-of-living adjustments. Not surprisingly, chained CPI would have the effect of lowering the annual COLA. (In the end, the idea wasn’t enacted… but don’t be surprised to see it revived at some point.)

“This is a default,” said Ron Paul, still a member of Congress at the time. “Just because it is a default on the people and not the banks and foreign holders of our debt does not mean it doesn’t count.”