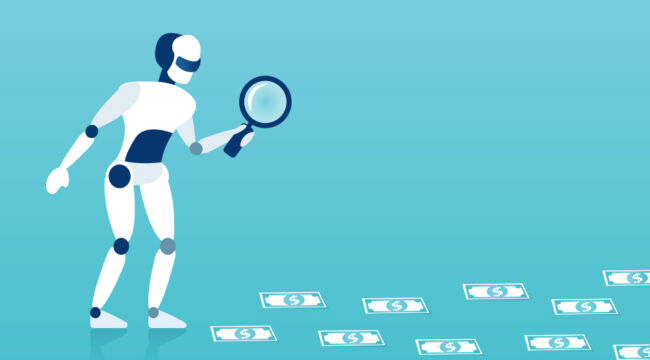 We’ve all heard about how the dollar’s days as the world’s leading reserve currency are numbered. Much of the world wants a new monetary system that isn’t based on the dollar.

The U.S. weaponization of the dollar against nations it deems hostile, like Russia, has only intensified the calls for change. What exactly will replace the dollar standard is a matter of debate, but many agree that it’s just a matter of time. It may not happen overnight, but it will happen.

That’s fine, but let’s think about the alternatives for a minute.

Longtime readers of mine know not to expect me to rubber-stamp anything, be it the status quo or proposed alternatives.

Our interests are best served by screening everything through the mesh of independent analysis, aka contrarianism. Which brings us to the two sources of alt-media excitement in the currency space, the petro-yuan and another wave of proposed gold-backed currencies.

I’m all for competing currencies. The more transparent and open the market for currencies, the better. In my view, everyone should be able to buy and trade whatever currencies they feel best suits their goals and purposes.

In all the excitement over de-dollarization, some basics tend to get overlooked.

The Yuan Is Just a Dollar Proxy

1. The yuan remains pegged to the US dollar, so it remains a proxy for the USD. It will only become a true reserve currency when China lets the yuan float freely on the global FX market and yuan-denominated bonds also float freely on global bond markets. In other words, a currency can only be a reserve currency rather than a proxy if the price and risk of the currency is discovered by global markets, not centralized monetary/state authorities.

2. Most commentators stop on first base of the oil-currency cycle: China buys oil from exporting nations by exchanging yuan for oil. So far so good. But what can the oil exporters do with the yuan? That’s the tricky part: the petro-yuan has to work not just for China but for the oil exporters who will be accumulating billions of yuan.

The oil exporters can hold some yuan as reserves, but the global market for yuan is not very large. What assets can they buy with yuan? Again, the global market of assets denominated in yuan is limited. The oil exporters can buy assets in China, of course, but with China’s property bubble finally popping, deglobalization sapping its export sector and Xi’s widespread disruption of private capital, the bloom is off the China Story in fundamental ways.

Why would oil exporters invest billions of yuan while Chinese wealth is leaving China?

3. The net result of these dynamics is that oil exporters’ yuan will end up in China’s central bank, exchanged for euros and US dollars which will then circulate in the global economy. The money velocity of the petro-yuan will be near-zero if there’s limited markets for investing hundreds of billions of yuan in low-risk assets, with low-risk being defined as diversified.

The world isn’t just multipolar; it’s fragmented, and there are lots of places to invest. Being limited to places where the yuan can be exchanged for low-risk assets isn’t low-risk because it isn’t diversified.

4. The problem is never the issuance of currency, it’s what to do with that currency once you’ve traded oil for it. Scale, ubiquity and transparency are what owners of capital value. China’s financial system has neither the scale, ubiquity or transparency necessary to circulate hundreds of billions of yuan globally without exchanging them for euros, dollars or yen.

If that’s the case, then what’s actually changed, other than the introduction of an intermediary currency that’s still pegged to the US dollar?

As for gold-backed currencies, there are two fundamentals that are often overlooked.

Central banks and states always seem to need more currency, and the temptation is always to devalue the currency by issuing more units. “Backed by gold” doesn’t change this.

2. “Backed by gold” means nothing unless the currency can be converted to gold. If there is no conversion mechanism, “backed by gold” has no actual financial value. It’s just nice-sounding verbiage.

If the nation issuing the “gold-backed currency” won’t allow conversion of the currency to gold, the currency is actually a proxy for that nation’s economy and governance. If the government arbitrarily intervenes in the private-capital economy as a matter of policy, if governance is opaque and shadow-banking dominates, then the currency will be at risk regardless of claims to the contrary.

Rather than cheer the concept of a new currency, we’re better served to look at the velocity of that currency and the cycles of investing that currency in assets denominated in that currency for a low-risk return.

The entire point of a currency is to circulate to the benefit of the owners of the currency. Currencies don’t become useful simply by being issued. Creating an entire transparent ecosystem for the currency is trickier than introducing a currency with much fanfare.