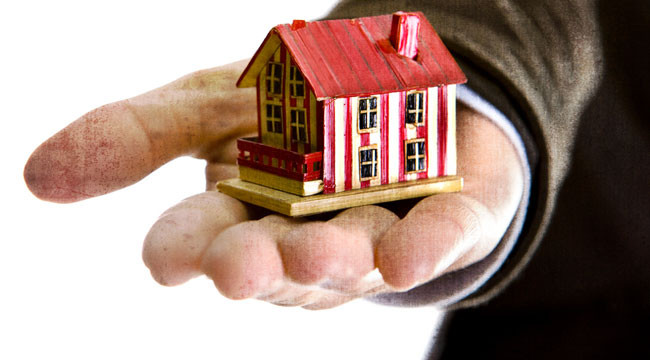 Small Is Beautiful: A Recipe for Growth

In the story of man, Italy has twice been the global center of innovation and invention — once under the Romans, and then again during the Renaissance, when it produced such great men as Leonardo da Vinci, Michelangelo and Galileo. No other part of the world can claim such an emphatic double — not China, not Britain, not the USA. You cannot doubt the potential of the Italian people. You cannot doubt their talent.

Yet throughout the 20th century, Italy has been (and still is) a cradle of corruption, political infighting, bureaucracy, crime (think Mafia and Camorra), corruption, rent-seeking, inflations, division, fascism, communism and goodness knows what else. Its state is bloated, its political system dysfunctional. The country might be nominally unified, but in reality it is anything but.

Where did Italy go wrong? The answer: It unified.

Admittedly, this unification was forced on it. As the city-states lost their independence, it came under foreign domination, first under Spain (1559-1713), then Austria (1713-1796), then France, then the Austrians again. Finally, in the mid-19th century, came the Italian Wars of Independence, unification, and birth of the Italy we know today.

But how has this led to the failure of the Italian people to fulfill their potential? Let me explain.

Small is beautiful. In A.D. 1000, Europeans had a per capita income below the average of the rest of the world. China, India, and the Muslim world were richer and had superior technology: China had had the printing press for 400 years. Her navy “ruled the waves.” Even as late as 1400, the highest standards of living were found in China, in the robust economies of places like Nanjing. But the empires of the East became centralized and burdened with bureaucracy and taxes.

In Western Europe, however, made up of many tiny nation-states, power was spread. There was no single ruling body except for the Roman Catholic Church. If people, ideas, or innovation were suppressed in one state, they could quickly move to another, so there was competition. The cities, communes, and maritime republics that made up what we now call Italy — Genoa, Rome, and Florence, for example — became immensely prosperous. Venice in particular showed great innovation in turning apparently useless marsh and islands into a unique, thriving metropolis that would become the wealthiest place in the world.

In the 16th century, the repressive forces of Roman Catholicism, which was becoming corrupt, began to be overturned in Northern Europe. The Bible was translated into local vernacular. The Protestant movement saw deregulation and liberalization. Gutenberg’s printing press, invented a century earlier, was furthering the spread of knowledge and new ideas — and thus the decentralization of power.

Over the next two hundred years, Northern Europe caught up with Southern Europe, which remained Catholic, and then overtook it. First, it was the Dutch, also made up of many small states. Then, in the 18th century, it was England, which, in spite of its union with Scotland and its later empire building, had further dispersed centralized power by reducing the authorities of the monarch after the civil war of 1642-51 and by linking its money to gold.

Meanwhile, out East, the Ottoman Empire and China went into a relative dark age, centrally governed by autocratic or imperial elites, burdened with heavy taxes and slow to react and unable to cope with the plagues and wars that befell them. By 1950, the average Chinese, according to author Douglas Carswell, was as poor, if not poorer, than someone living there a thousand years before.

Nothing changes… The success of small nation-states continues even today. If you look at the World Bank’s list of the richest nations in the world (as measured by GPD per capita at purchasing power parity), you see Luxembourg, Qatar, Macau, Singapore, Norway, Kuwait, Brunei, Switzerland, and Hong Kong. Perhaps Macau and Hong Kong, as parts of China, should not be included, in which case you add the U.S. and the United Arab Emirates (similar nations appear on the International Monetary Fund’s list).

The U.S. excepted, the common characteristic of all these nations is that they are small. Switzerland (7.9 million) and Hong Kong (7 million) have the largest populations; Singapore and Norway both have around 5 million. The rest are below 3.5 million.

Some of these nations — Qatar, Norway, Brunei, Kuwait, and the US — benefit because of their oil. But why then do other oil-producing nations such as Saudi Arabia, Russia, Iran, China, Nigeria, or Venezuela, which all have much more dubious social structures, not feature?

Other small nations — Luxembourg and Switzerland, for example — appear on the list because of their competitive tax rates and banking. But these are legislative options that are open to other countries in the world.

In 1950 and 1970, the USA, with its currency tied to gold, freedoms, low taxes, property rights, and semiautonomous states, topped the list. As its government has grown and its power become centralized, its ranking has fallen.

In a small state, there is less of a gap between those at the top and bottom, there is more transparency and accountability, it is harder for the state to hide things, there is more monitoring, less waste and more dynamism. Small is flexible, small is competitive — small really is, as economist E.F. Schumacher said, beautiful.

Even states in the U.S. should seriously consider dropping out of the union. Their people would thrive because of it.

In that case, a large, centrally planned Europe is precisely the opposite destination to which we should be heading. It is already bringing poverty to its people. There is, for example, something like 65% youth unemployment in Greece at present! What suits Germany clearly does not suit Southern Europe, yet the model is inflexible. If innovation, prosperity, and progress are the aim of a government for its people, not only should Europe break up, but so too should the nations within it.

Belgium could divide along the roughly linguistic lines of the Flemish-speaking north and French-speaking south. A similar argument could be made for Spain, with Catalonia separating and perhaps even being joined by the Basque regions of southwest France, if so wanted — or was allowed.

The same even applies to the United Kingdom, which should break up. The Scots have a vote on independence next year — oh, how they should take it.

One solution to the “Irish problem” — which, amazingly, still goes on — might be a simple return to the four kingdoms of Ireland — Munster, Leinster, Ulster and Connacht.

And Italy? Italy should forget this pretense of unification and return to something akin to its old decentralized Renaissance model with its independent city-states.

Even states in the U.S. should seriously consider dropping out of the union. Their people would thrive because of it.

If a region wants an expansive government, lots of regulation, and a large welfare state, it can vote for it. If it wants low, transparent taxes, it can vote for that. In such a small environment, political change can actually happen. People can get the government they want. New parties can spring up. Welfare is easier to administrate. It’s easier to change or adapt laws and regulations. Competition between states will improve governance and productivity. Each region would benefit from increased pride, flexibility, dynamism, and responsibility. It would be a return to diversity.

A country breaking up into smaller entities does not mean there need be barriers between the two: There can still be trade; there’s no need for border checkpoints and tariffs. There can still be exchange; it just means the disintegration of large, unnecessary, overruling bureaucratic bodies. “Concentrated power,” said Ronald Reagan, “is the enemy of liberty.”

Ed. note: The the “overruling bureaucratic bodies” Dominic refers to will likely not disintegrate any time soon, regardless of how necessary that may be to the reemergence of smaller more robust entities. However, in the meantime, you’ll want to discover ways to restore your happiness and prosperity as easily and as freely as possible. And in today’s Daily Reckoning email edition, readers had a chance to grab a free book that will help them do just that. It’s been described as “possibly the only tool citizens like you have to protect yourself from today’s changing America.” Don’t miss out on opportunities like this. Sign up for The Daily Reckoning email edition, for FREE, right here.